You are here: Home › Having Fun With New Friends and One Very Special Old Friend 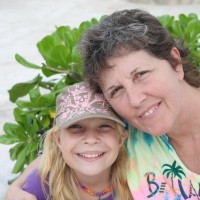 We have had a nice, lazy week waiting around for the weekend. We met several new friends at Taco Tuesday night. While we were there, Lily talked with Reba of Tropical Fun about her sea glass jewelry. Reba sells her jewelry at some of the local events. We were excited to see her table later in the week at Thursday’s Reggae festival. Lily had a piece of seaglass in her pocket which we had just found at the beach and showed it to Reba. Reba offered to make a charm out of it for Lily so we left it with her for her to work a little magic on. Lily is excited to see what she does.

Lily also got to say Hi again to their dog, Precious. When we meet local cruisers, we are always on the look-out for kids but if there are no kids, a dog makes for a fine evening companion, too. Precious lived up to her name. 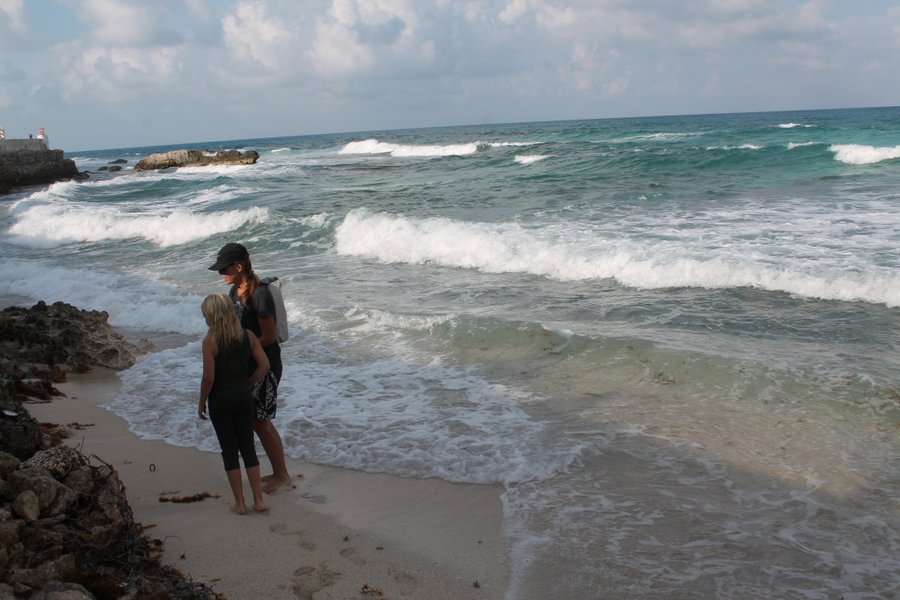 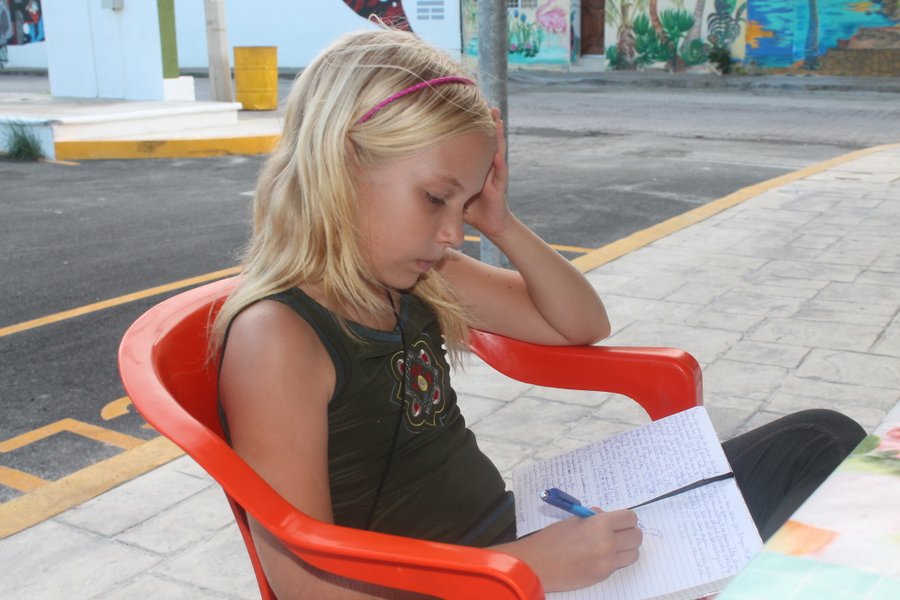 Lily drawing while we wait for lunch at a street vendor. We have fun trying to hunt out the best street food vendor.

Also on Thursday, SV Quartet pulled in here at the marina. We had heard them hailing El Milagro as they approached so we were on the look-out. As soon as they were within sight we could see what appeared to be KIDS ON BOARD. Penelope, 7, and Sebastian, 5, were equally happy to see Lily. They rented a golf cart on Saturday to tour the island and invited Lily along. Randall and I went shopping to replace our phone which got rained on this week. 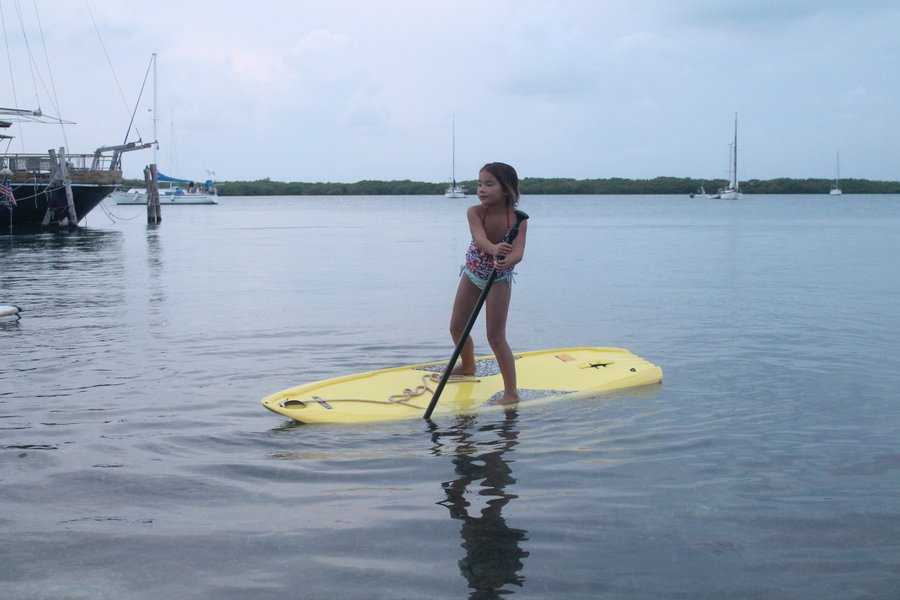 Penelope on the paddle board. 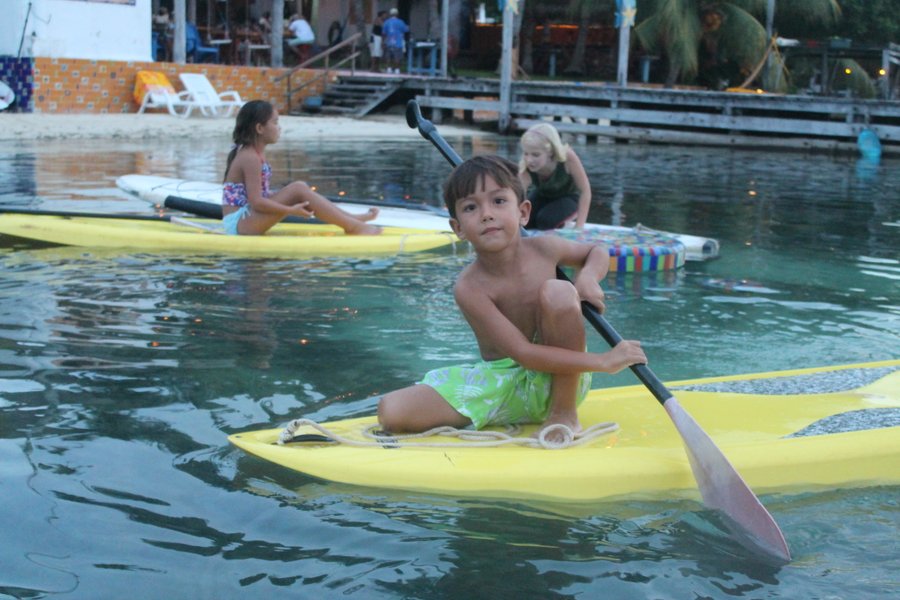 Sebastian paddling around. The girls are tied up to their “dock” – the El Milagro swim-up table out in the water.

Saturday night, we eagerly awaited Michelle’s arrival from Kansas City. She is coming down to help out with this upcoming crossing to Florida. A thunderstorm hit right after her plane landed and she had a wet time hunting down a shuttle and getting to the Puerta Juarez ferry. We were relieved when she made it here! 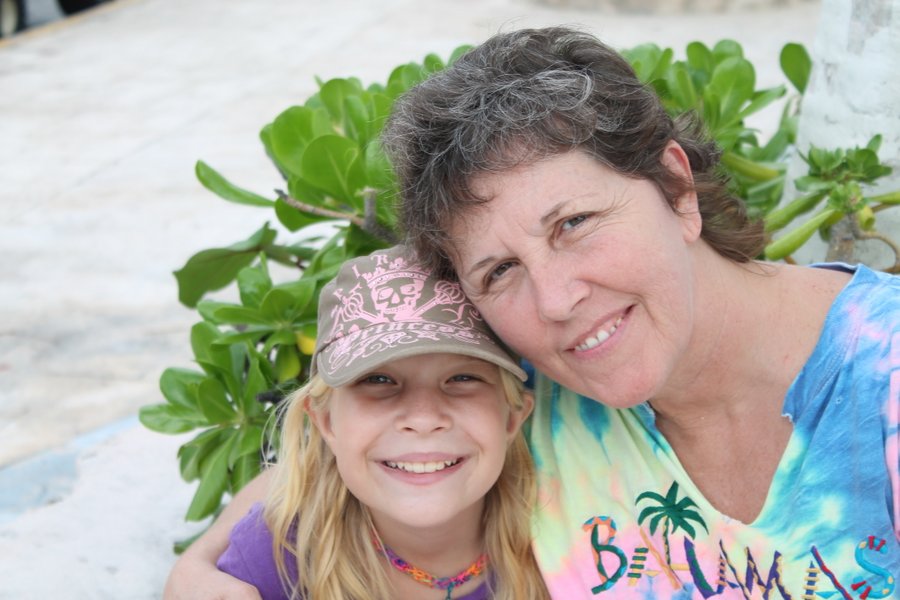 Aaw, I love this picture of Michelle and Lily.

We spent yesterday walking around downtown and ended up at the Mediterranean grill. While we were enjoying a round of Mojitos, Michelle cringed and said, “The guy at the bar just downed a shot and then squirted lime in his eye!” I turned just in time to see a young guy with his face scrunched up in pain and shaking his head. They were the only other people in the restaurant so Michelle called out a cheery, “Hello,” and we got to talking. As it turns out, Pat was a bartender from California who has perfected this drinking antic – Tequila shot followed by lime juice in the eye – from his travels. His friend, John, was on a boat “Stray Dog” at a local marina. John and Pat sat down at the table by us to chat. After exchanging small talk about California, private schooling and boating, John ended up telling us a little about how he came to be on a boat in Mexico. He signed up on the internet site “crew finder” to volunteer to crew on a passage. He ended up with a boat captain named Jack and one other female volunteer. They had some doldrums followed by a beat into weather to get to Fort Myers from Isla. During the course of the sail, Jack offered to sell the boat to John for $600 and John agreed. There are lots of great “how I came to own this boat” stories and that is one of the best. We wanted to know just what his $600 bought and he told us to drop by for a tour of his Islander. We may try to do that today if the weather shapes up. 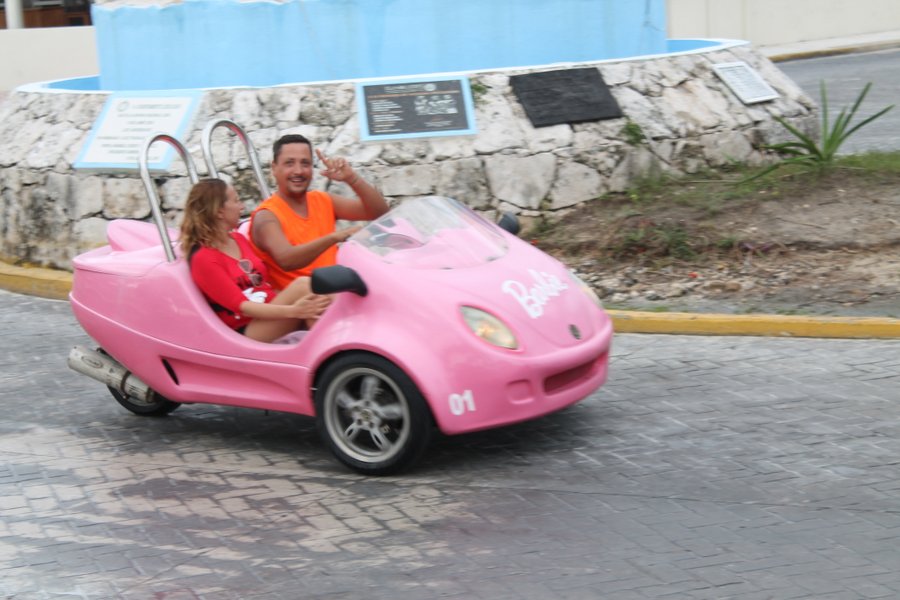 This couple just caught our eye for some reason. What is this story? Test driving this for their kids? Long held dream fulfilled? 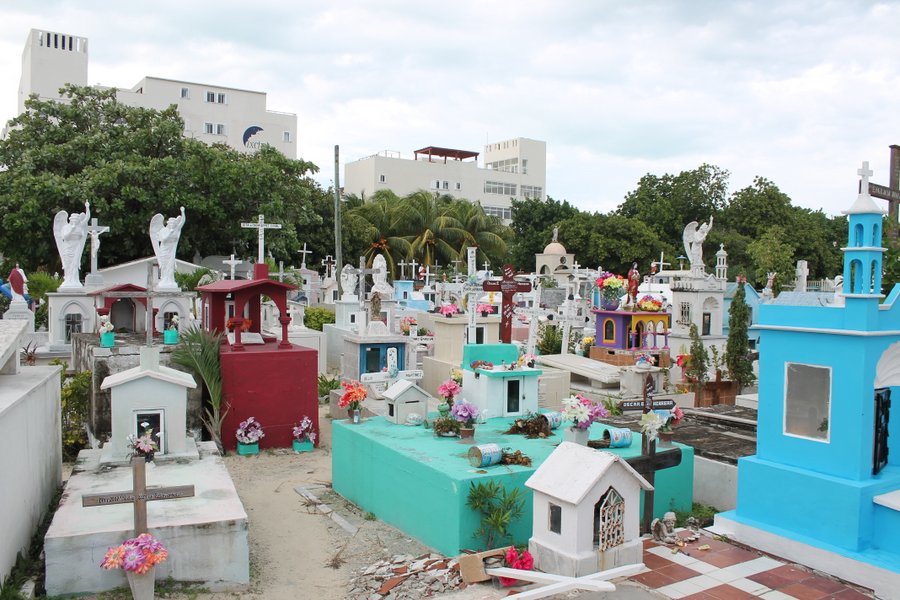 This cemetery is right in the heart of the tourist district. We strolled among the crowded tombs, reading names and dates. 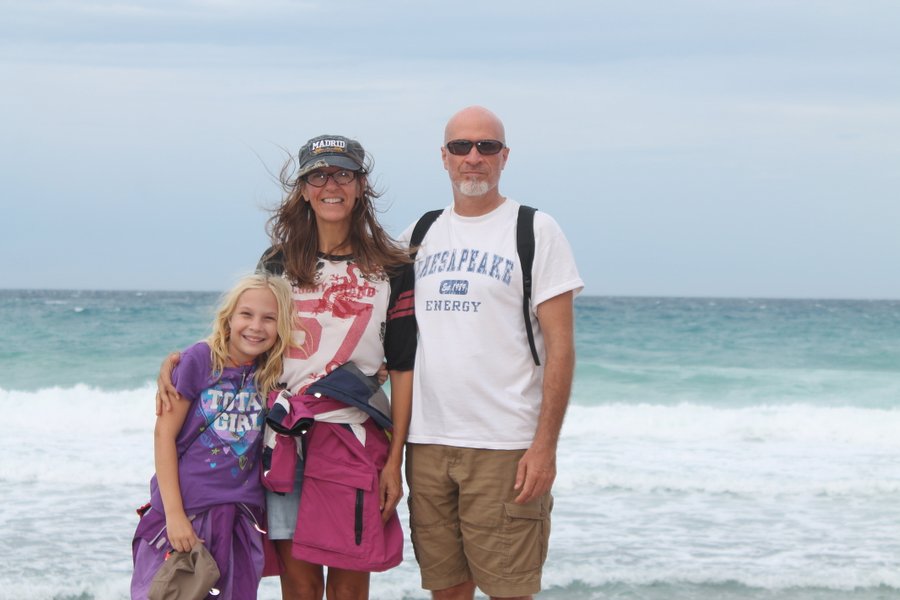 Here we are getting wind-blown on the east shore.