You are here: Home › Interview with Eric Schott, Owner of El Milagro 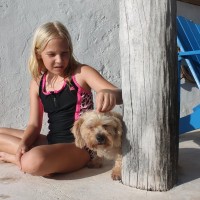 What I am doing today is I will interview Eric. Eric is the owner of El Milagro Beach Hotel & Marina. El Milagro was a shrimp factory before Eric bought it. He had to redesign the whole property. Eric is also a Realtor who lives and works in Santa Barbara, CA. He has two dogs and two parrots. El Milagro has a game room with darts, ping-pong, etc. They also have two mini beaches with kayaks, paddle boards and sand toys. There is a small pool with float toys. El Milagro also has a movie room (they don’t often hold movie parties). 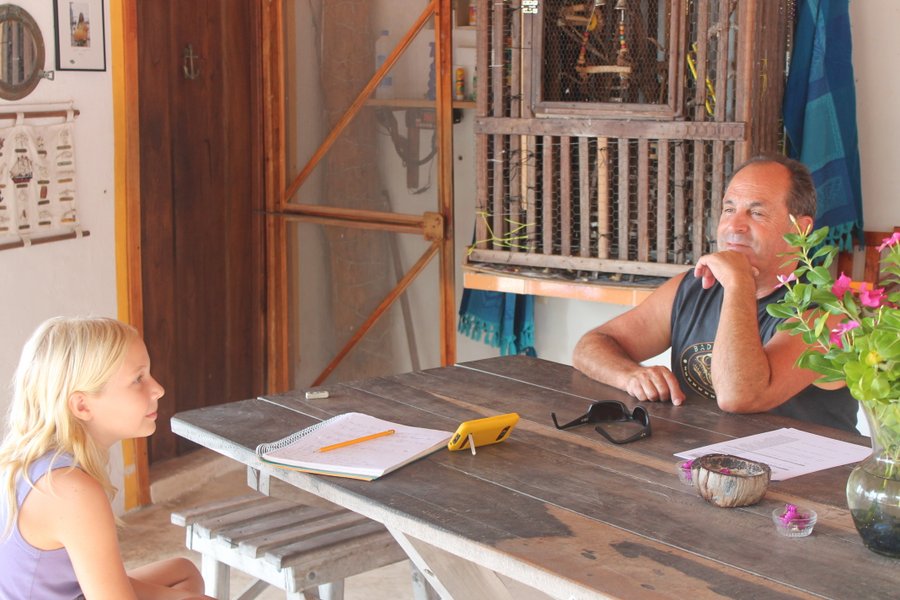 !!Here are a few pictures and the interview!!

How did you find this place?

I found the island when I was on a Club Med Booze Cruise.

How did you decide to put in kayaks and paddle boards? 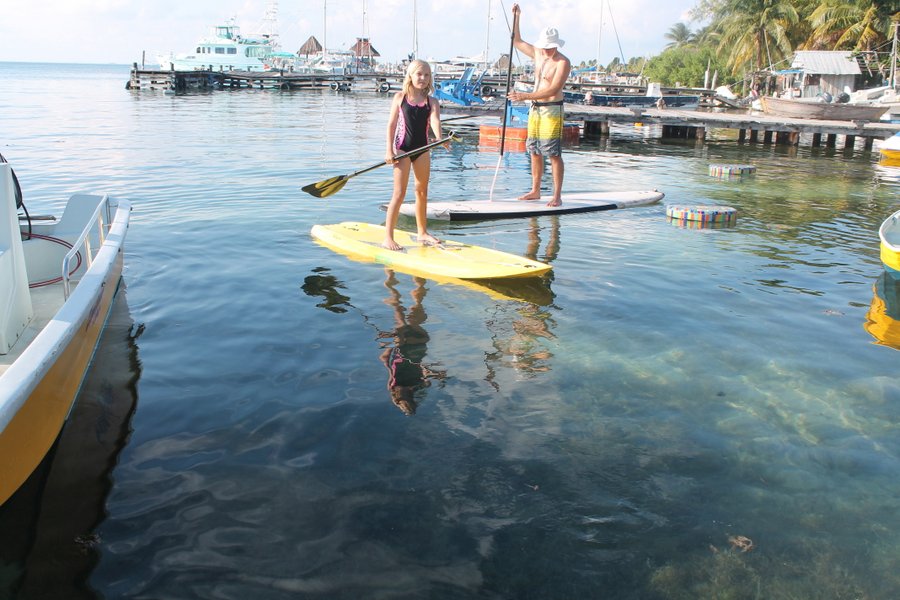 Lily jumps on one of the El Milagro paddle boards almost every day.

What gave you the idea of a marina/hotel?

Were there any special challenges to working in Mexico?

Every place is challenging. Here, it takes patience. I did have to learn to relax. 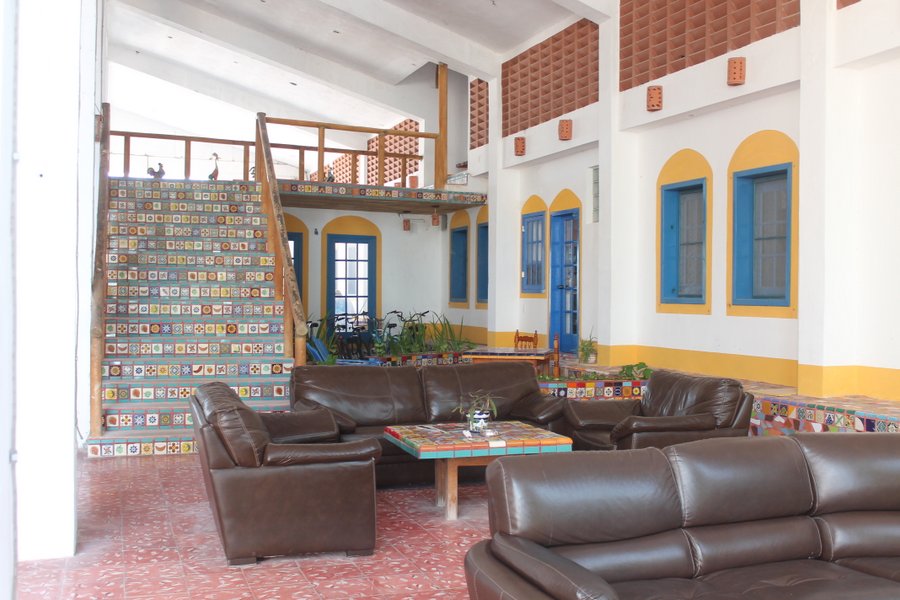 And now he has some great places to practice his new-found ability to relax.

Are you partial to animals?

Yes. I don’t even like people fishing off the docks. I tell them those are our pets out there. 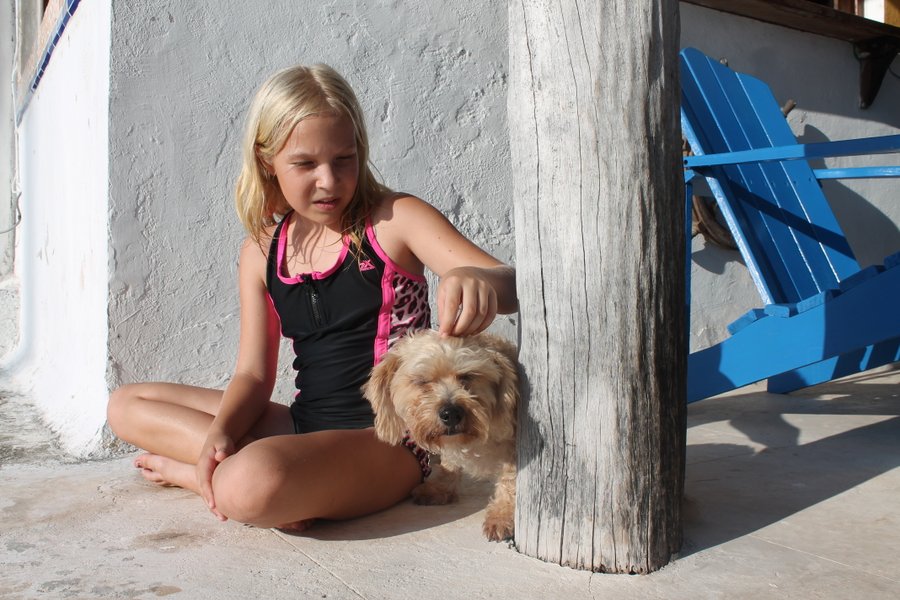 How long did it take you to rebuild El Milagro?

Ten years and I am still working on it.

How many rooms do you have?

We have 13 rooms already done. We are working on the 14th one.

How long did you look at the property before buying it?

About an hour. It did take a long time to figure out everything. It took a year, maybe more, to buy it. It was a shrimp factory so there was a lot of owners to contact.

What made you put in a pool?

It was actually a water tank and we took the top off it. A lot of people want a pool.

Where did you learn Spanish?

I haven’t! I am still working on it.

El Milagro has a book at the desk of before and after pictures. 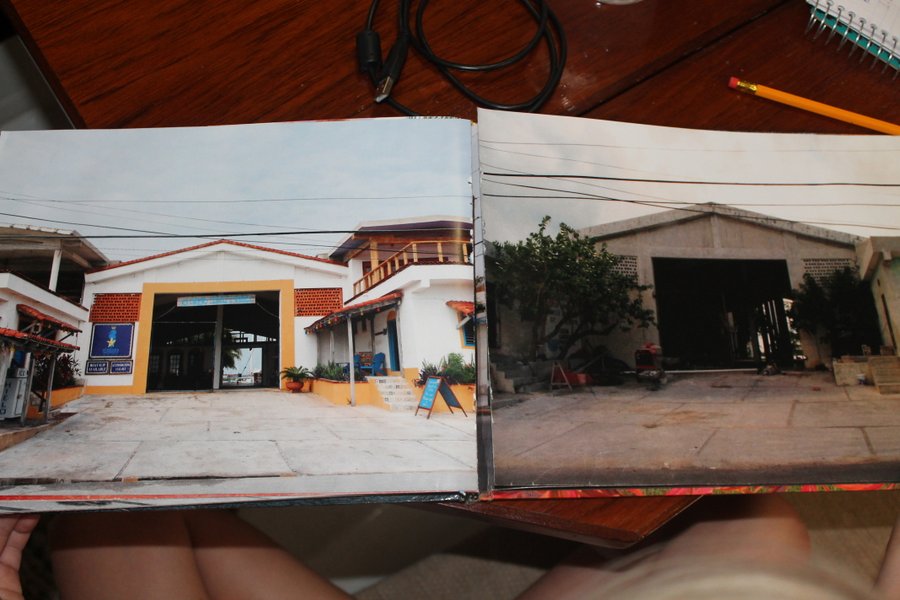 The before and after picture of El Milagro from the street. 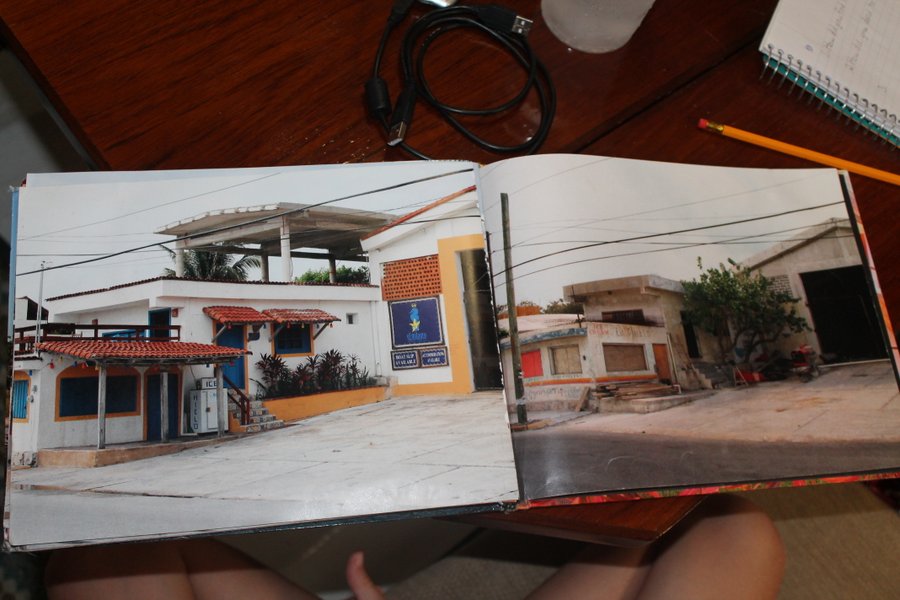 Another picture of the front which shows how a second story was added to the original building.

Please take a look at the El Milagro website for some really great pictures. Be sure to look at the accommodations page to see how beautiful the rooms are:

3 Responses to Interview with Eric Schott, Owner of El Milagro