You are here: Home › Thanksgiving Potluck at Marathon City Marina 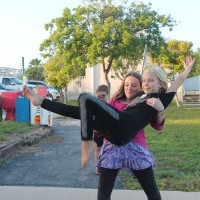 We threw a couple of pots into the Thanksgiving Potluck at the Marathon City Marina today. It was fun. It was a feast. I think our boat is now sitting a little low in the water.

Before the meal, the marina kids decorated a turkey made of “What I Am Thankful For” feathers. Everyone colored a feather and wrote what they were thankful for. Lily was thankful for “family”. 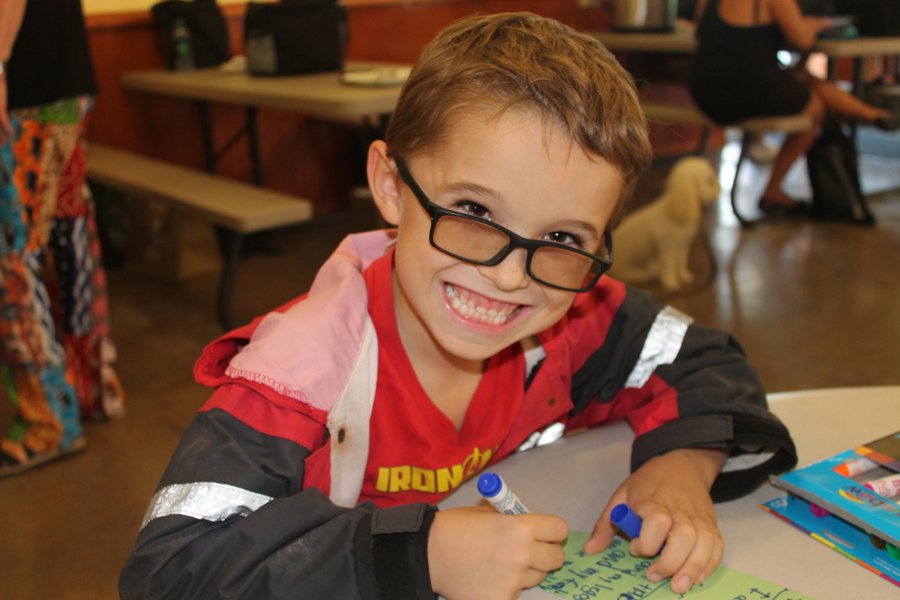 Jonas working on a feather for the turkey. 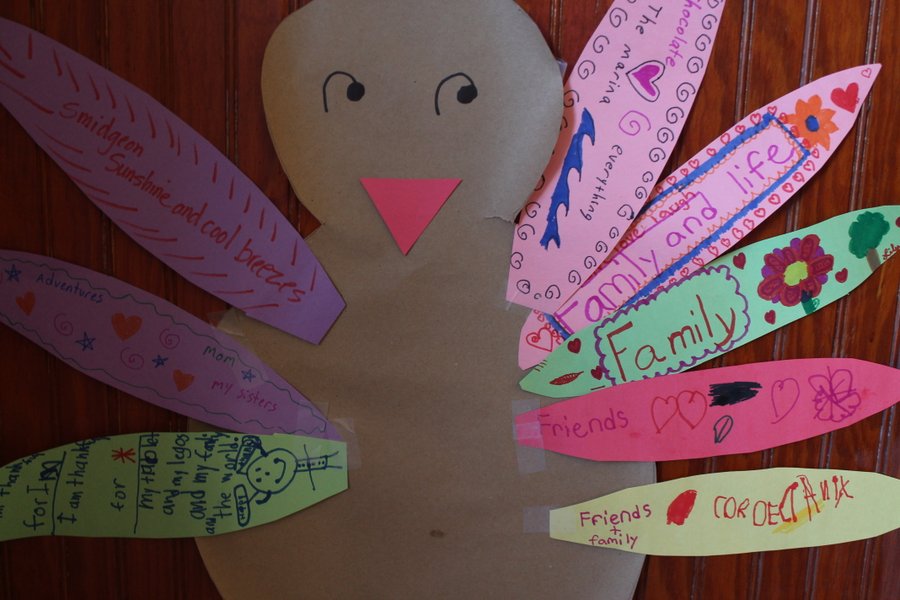 Turkey decorations by the marina kids.

The food line reached all the way outside the marina. We meant to jockey around to be nearer the starting point but missed our opportunity. Several people walked up and down the line passing the plates of appetizers. There was tons of food but the girls still ate only a few bites before heading to the dessert table. Both were worried they would miss out on SV Thin Line’s apple pie, which did go fast. 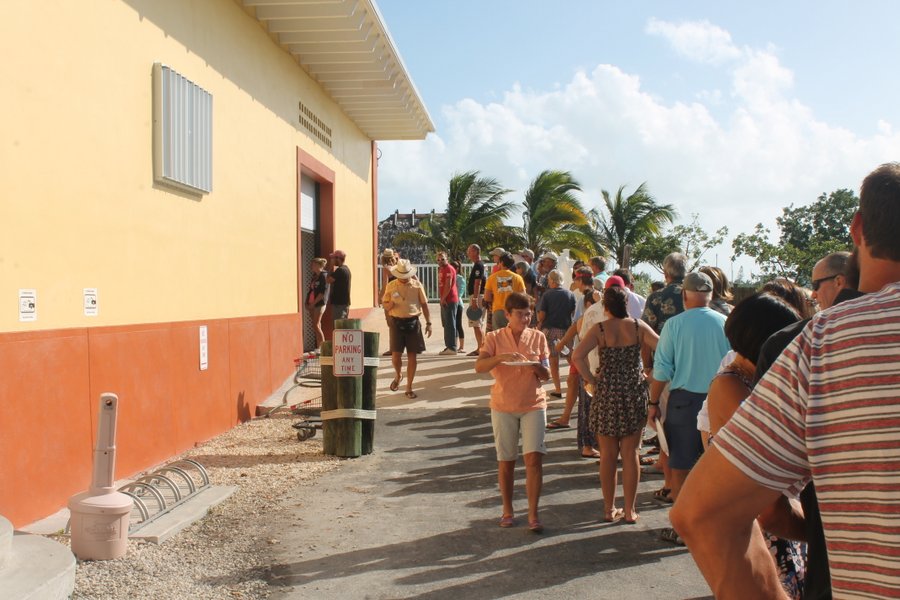 The food line outside the marina.

Some ate in and some ate out. There were lots of attendees.

Peyton, Lily and lots of pie.

After lunch, there were games going in the kid corner. We took a walk and let Lily play awhile. By the time we returned, they were working on ballet moves. Peyton can still lift Lily despite the extra pie. 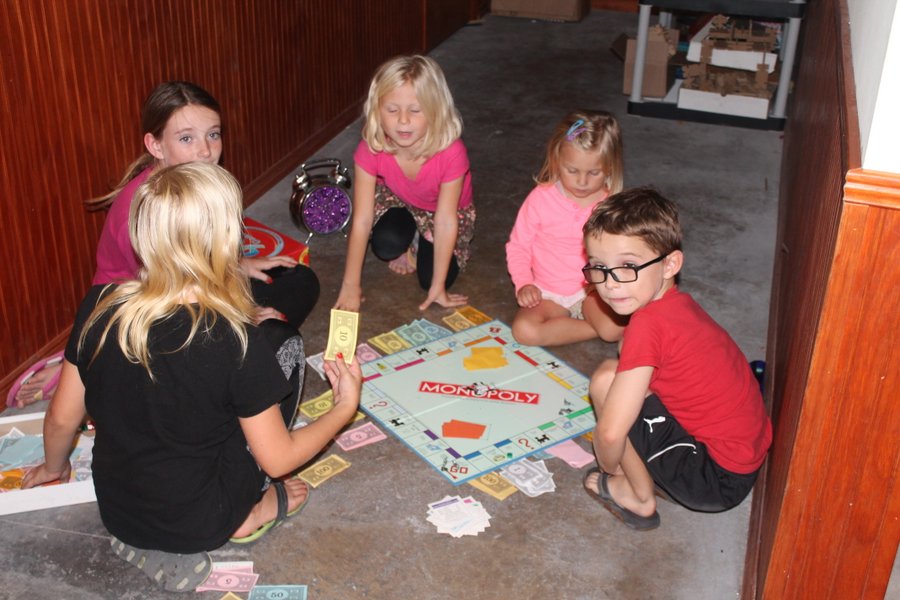 I think the Monopoly went a little off the rails with such young players. 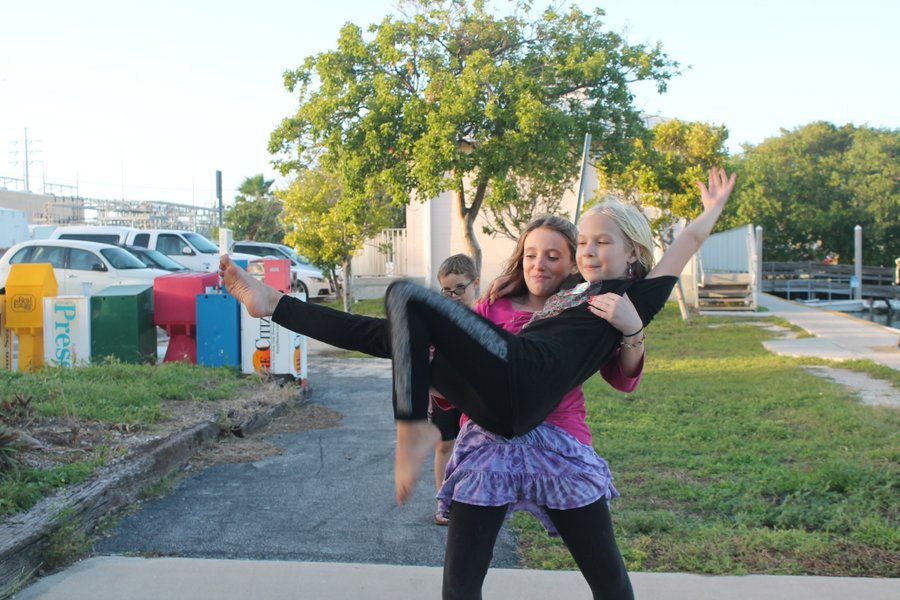 We miss getting to spend the day with family but it was nice to have company and so much to be thankful for. Our “What I Am Thankful For” turkey would have lots of plumage. Hope your day was special as well.