We spent several winter months at Marathon in 2010 but never made it to Sombrero Reef. We finally made it there today. It was beautiful. The water was just slightly rippling. The sun was out most of the day. Their were tons of fish which we, unfortunately, cannot identify (yet). The purple fan coral was so big and bright, waving gently with the current. We snorkeled around in about ten to fifteen feet of water. At the start of the morning, we were there with only two other boats. By noon, all the mooring balls were taken, about fifteen, and boats were motoring around on the outskirts trying to see who looked friendly enough to share mooring space with. We had some ceviche for lunch and swam a few more hours. About the time we got underway, two different dive boats called the coast guard with distressed divers needing medical attention, one of which was a boat near us at the mooring. In both cases, the coast guard asked a long, predetermined list of questions some of which seemed pertinent (signs of shock? obstructed airway?) and some of which was a little more mystical (what is the nationality of the person being treated?). Hopefully, both divers are OK and added another crazy vacation memory to share back home. We let Lily dive with our underwater disposable camera but forgot to tell her it had to be wound up after every picture. So, no underwater pics but here are a few from up top. 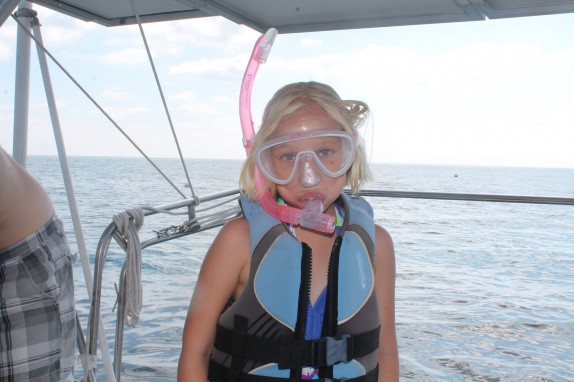 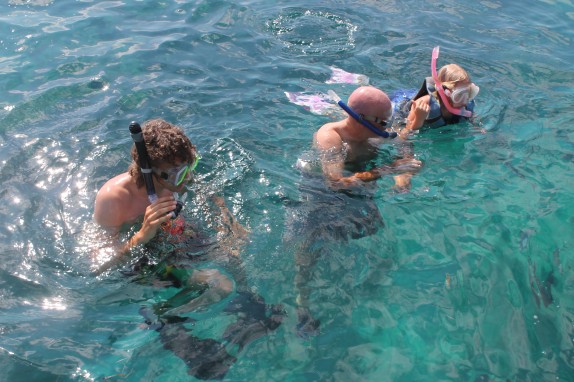 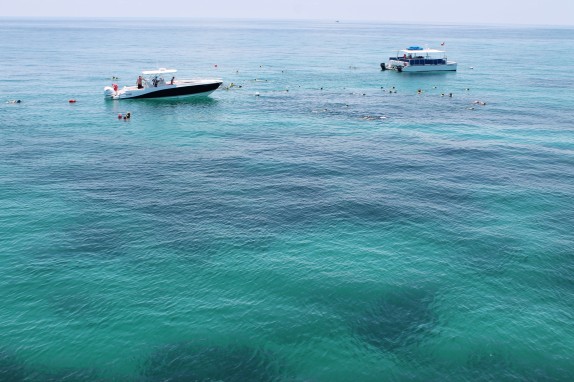 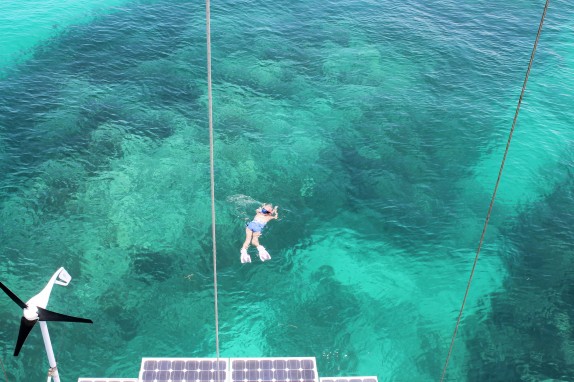 From halfway up the mast looking back 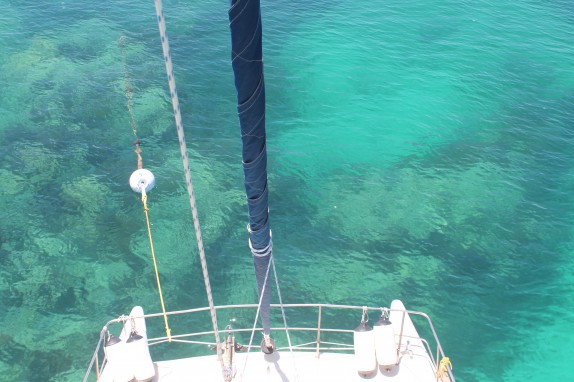 From halfway up the mast looking forward