You are here: Home › Lazy Summer Weekend in Oregon 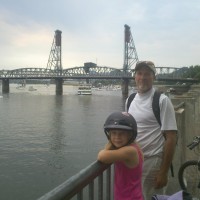 We like free parking. Randall thinks we have spent $30 – $40 driving around each night in search of free overnight parking. Ok, maybe not quite that much but enough to make us reach the point of saying “Ok, Ok we’ll pay! Just let us stumble on an open site!” 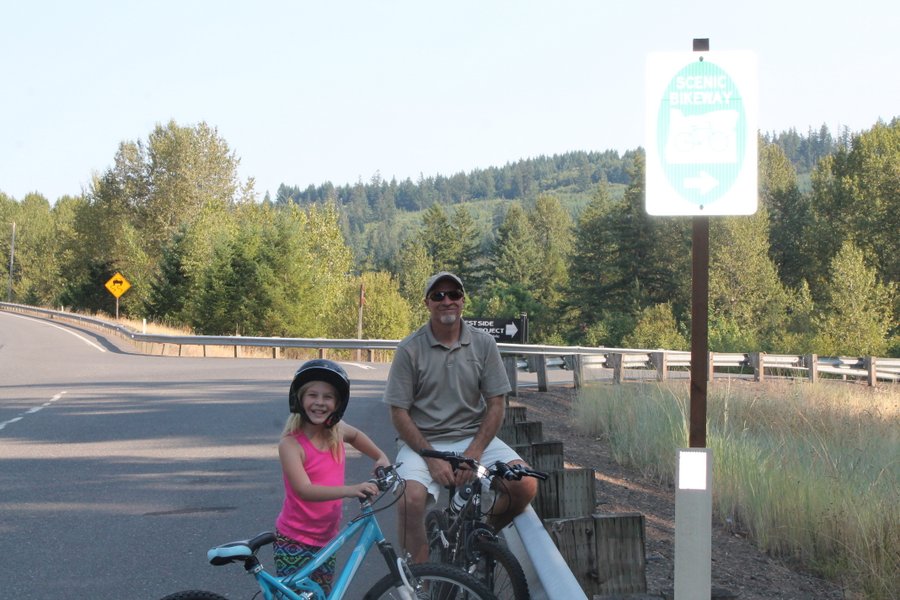 Randall and Lily at a biking trailhead south of Estacada on the Clackamas River. We made it only a mile on this trail before the heat got to us. We thought there would be places to get in the river but it was too overgrown along this section.

Jake and Kelsey have made good use of the US National Forest policy of allowing free camping in much of the Bureau of Land Management so we know it is out there. However, much of the national park land we have been in have restricted camping to campgrounds or “dispersed campsites” which are not RV accessible. We have frequently ended up in a campsite where we had to pay for both the RV site and the extra vehicle (Jake and Kelsey). But since they have been traveling with us only temporarily, it has been nice to be in a campground with water, bathrooms and a picnic table. We had a nice dinner Saturday night at the Carter Bridge campground after exploring the small town of Estacada, OR. Then we turned in early. Everyone except Lily and I were awakened shortly after midnight with the arrival of techno music lovers at the neighboring campsite. The next morning, we overheard a heated argument involving a lost tent. Jake thinks one of the campers was perhaps ordered out of the encampment and made his way into the forest with his tent only to wander back into the campsite the next morning minus the tent. It seems a difficult thing to lose but we could hear him emphatically stating he had no idea what happened to it. 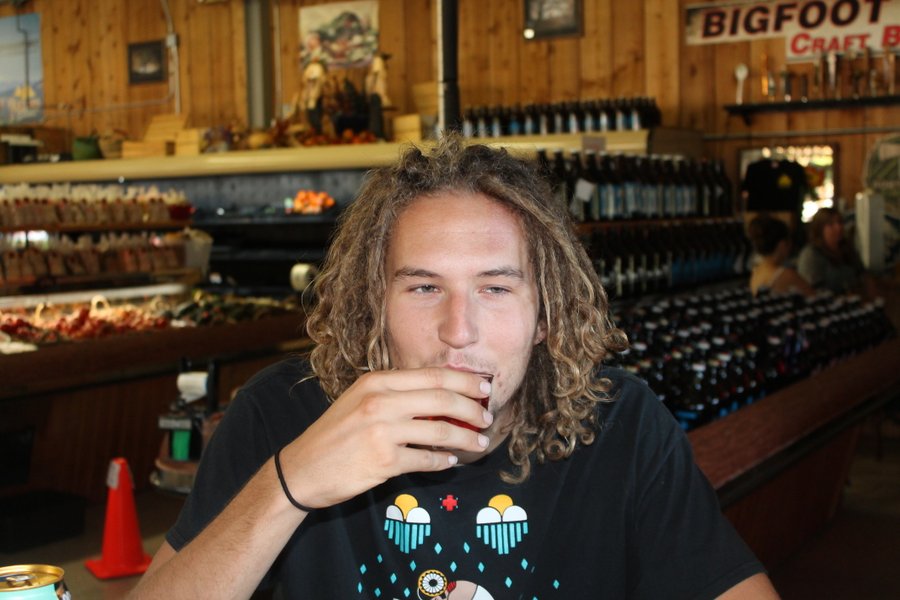 We had a flight of local beer at a little country market. Craft beer and biking seem to go hand-in-hand. And then someone loses a tent. 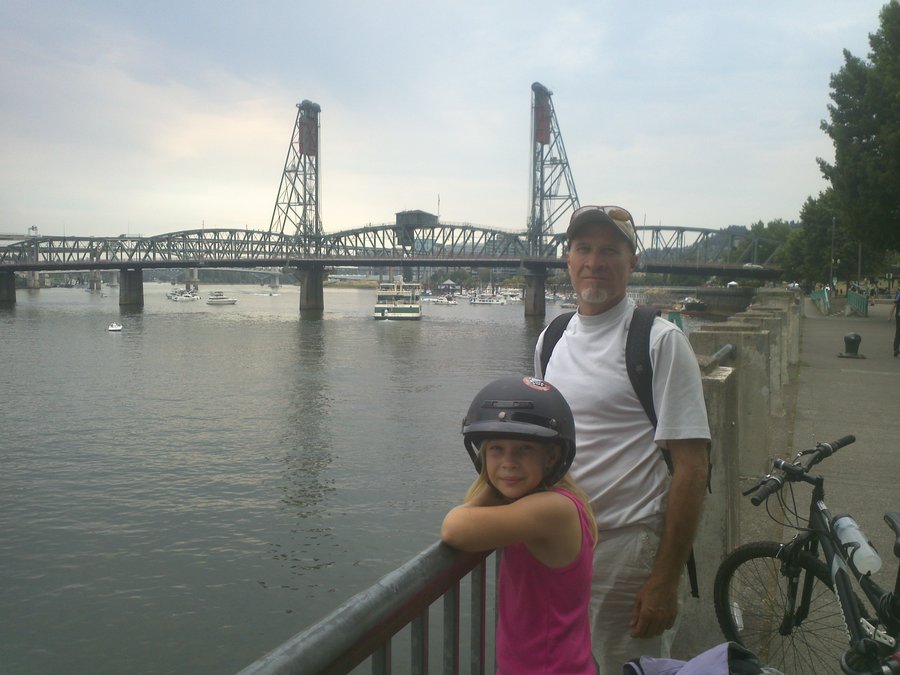 Jake and Kelsey left us on Sunday headed to California. We made out way back to Portland and parked in a Wal-Mart parking lot. They had a Redbox so we got the latest Hobbit movie. We were halfway through, right in the midst of a horrendous Ork VS Five Army bloodbath, when someone knocked on the door. A portly security guard explained that this Wal-Mart had a no-overnight parking policy. No exemptions were made for movie-watchers. He recommended the Wal-Mart parking lot in nearby Vancouver WA. It was several miles away so we opened up our Free RV Parking app to review options. We ended up just pulling into a hotel parking lot about two blocks from the Wal-Mart. We love being able to pull this little baby into small parking lots. For the record, we have stayed at Wal-Mark parking lots 4 – 5 nights without any problems and a couple of nights in CostCo parking lots also with no problem-o. Usually there are a couple of other RVs already parked for the night. However, we do always go to sleep wondering if there will be a midnight “sorry no parking” knock on the door. 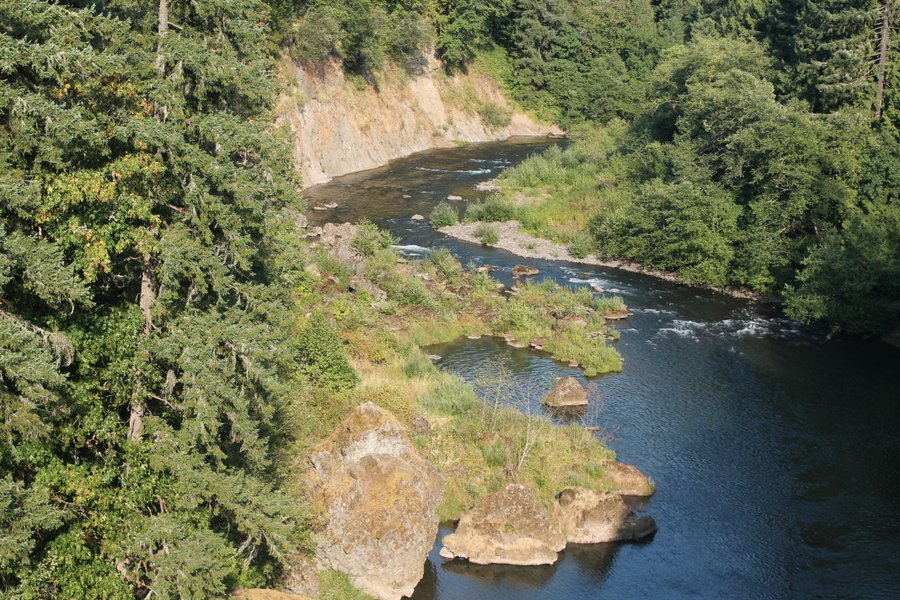 The weather has been much warmer this week. Saturday afternoon, we biked a trail along the Clackamas until the heat got to us. Sunday, we drove back to Downtown Portland to do some urban biking. We biked all along the downtown waterfront park and ended up at the Open Air Market to piece together an interesting late lunch at the numerous food trucks. We spent the afternoon in Mt. Tabor Park just east of downtown. This was a small city park built on a ancient volcano cone. Lily enjoyed the playground and made plans to return on Monday. We are making plans to leave as we are getting excited to see the Oregon and California coast. However, we may spent a few more days around here as we are still catching up with work and email. 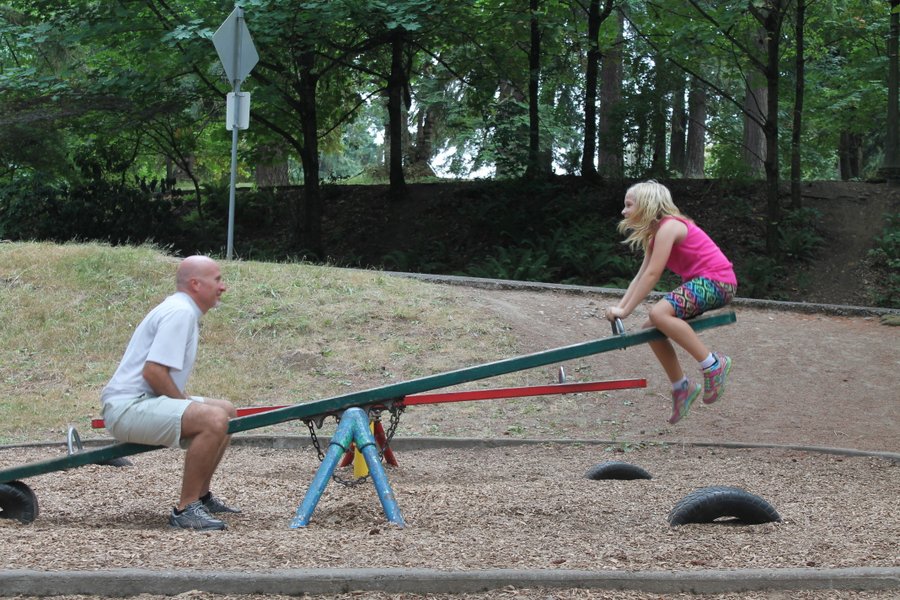 Randall and Lily on the see-saw. 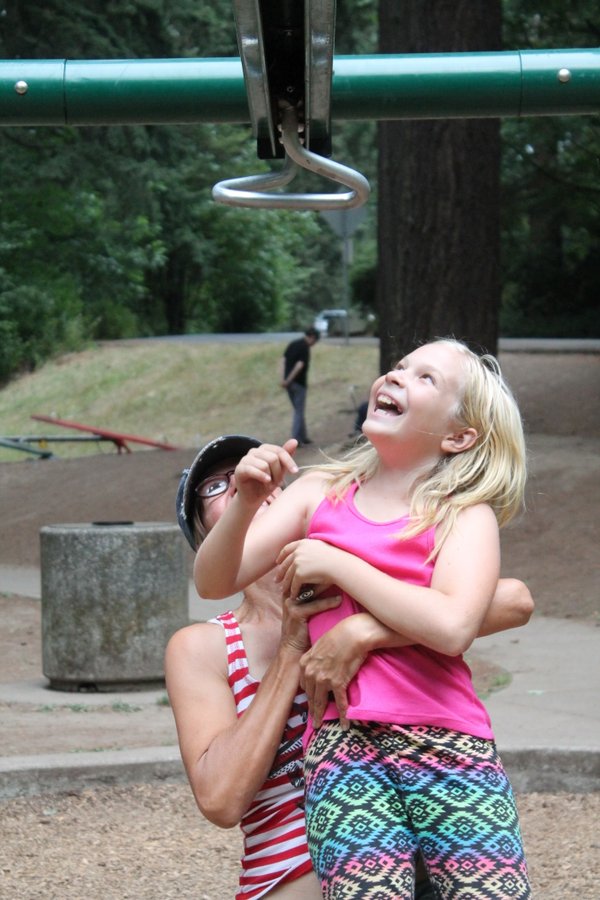 I didn’t drop her although she is harder to lift when laughing.