The oil pan on our diesel engine was badly rusted and had a couple of small holes on the side after the previous owner had a salt water cooling pump leak that ran down the side of the engine.  I knew it needed replaced, but kept putting it off, thinking it might heal itself or something.  Actually, I was thinking it would be an easy job, similar to replacing one on a automobile: crawl under the vehicle, take the old one off, and put a new one on.  Simple, one hour job.  Even I could handle it.  If only replacing things on boats were as easy as that.

After waiting a month for the ridiculously priced parts to arrive by Clipper Ship and Pony Express from Kobe, Japan, I was ready to take on the project while Tammy and Lily were in Oklahoma visiting family, swimming, eating ice cream, fishing, and enjoying other fun activities.

Since there isn’t enough space underneath the engine for my hand to fit, let alone space for me to crawl under to access the oil pan, the engine had to be removed.  I could have hauled the boat out of the water and had a crane remove it while sitting on the hard in a shipyard, but we had just spent a fortune at a shipyard three months ago and didn’t want to do that.  At that time, I didn’t realize the extent of the damage to the oil pan or I would have replaced it then.  My only option was to use our mast and boom to hoist the engine out into the cockpit where I could work on it.

After almost two days of disconnecting the helm pedestal, steering wheel, steering cables, rudder quadrant, throttle/gear cables, drive shaft, water muffler, autopilot, raw cooling water hoses, electrical wiring, fuel lines, water heater hoses, and various other engine connections, I was ready to remove the cockpit floor and hoist the engine up.  I had a friend hoist while I guided it up and out. 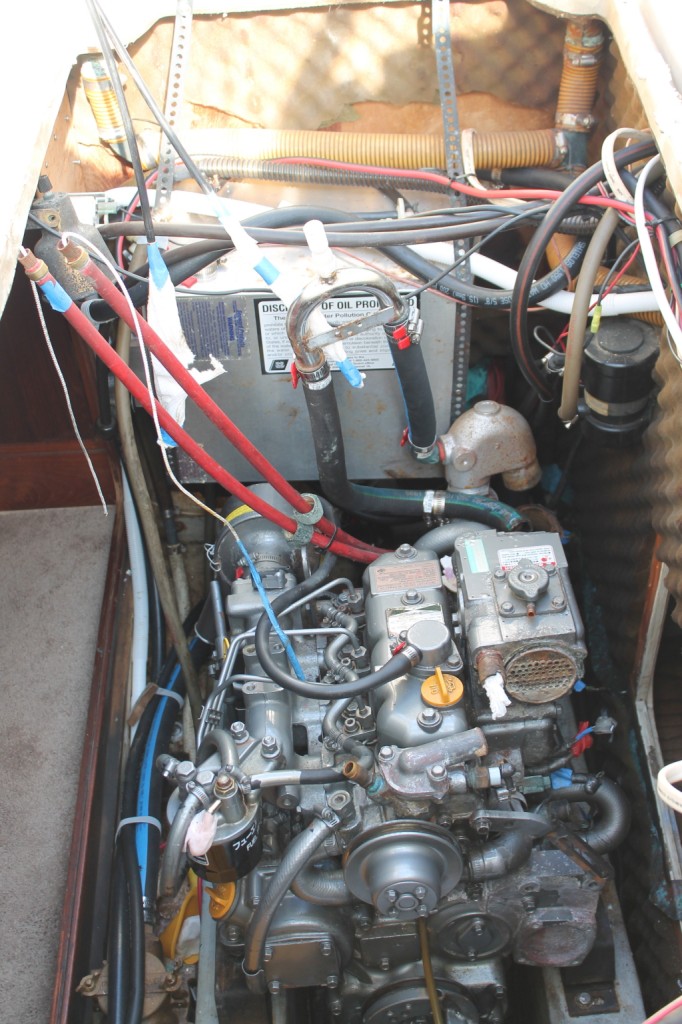 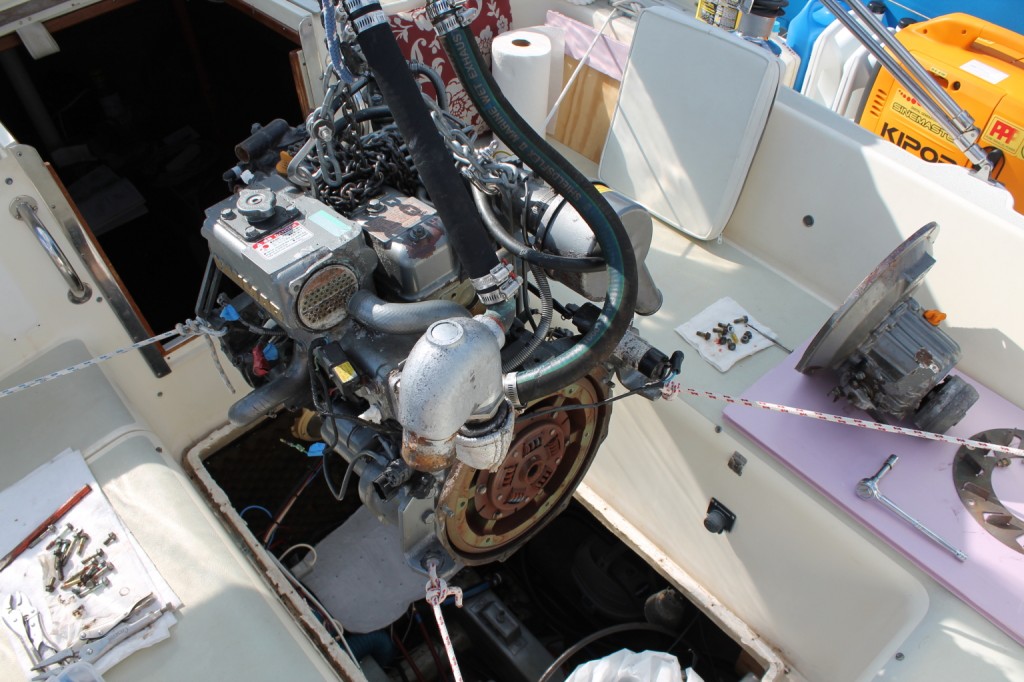 Hanging in the cockpit

I then spent a couple of days replacing the oil pan and spacer, hoses, clamps, gaskets, thermostat, and various other items while I had it more accessible to work on.  While the engine was out, I also wanted to clean up and paint the engine room so that the Coast Guard couldn’t claim oil in the bilge was being pumped overboard and fine us for illegal dumping of oil.  And, I like to have things clean and shiny. 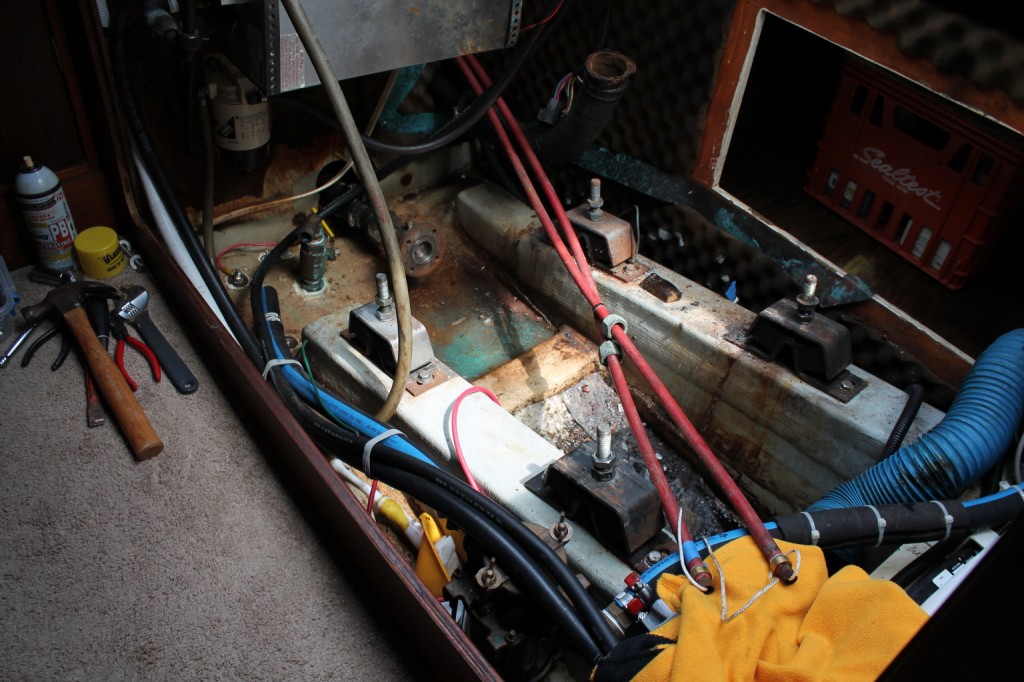 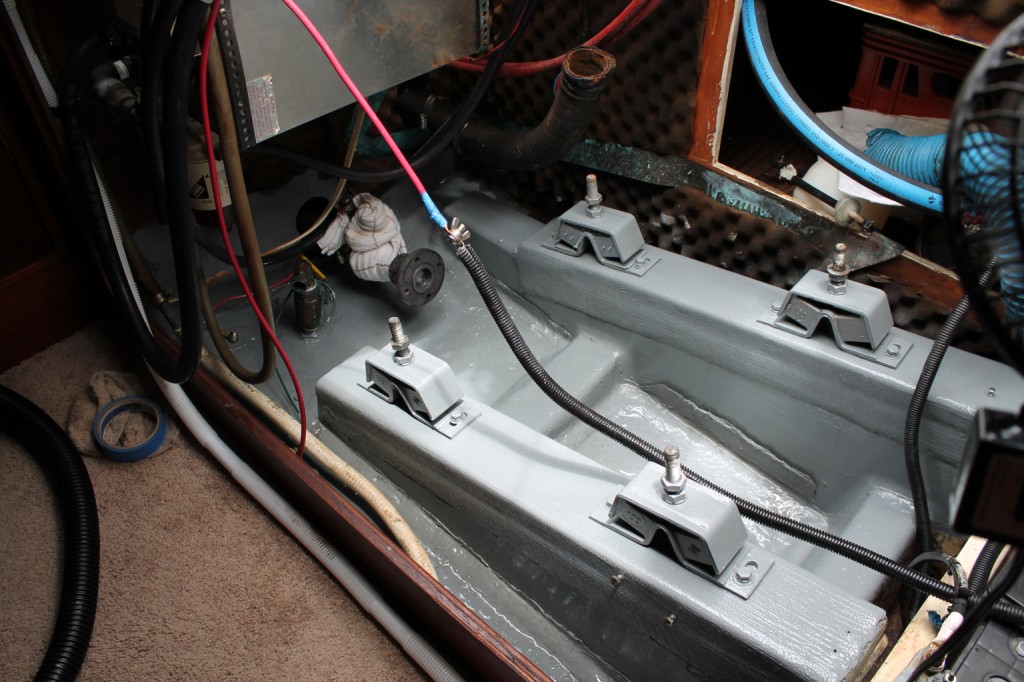 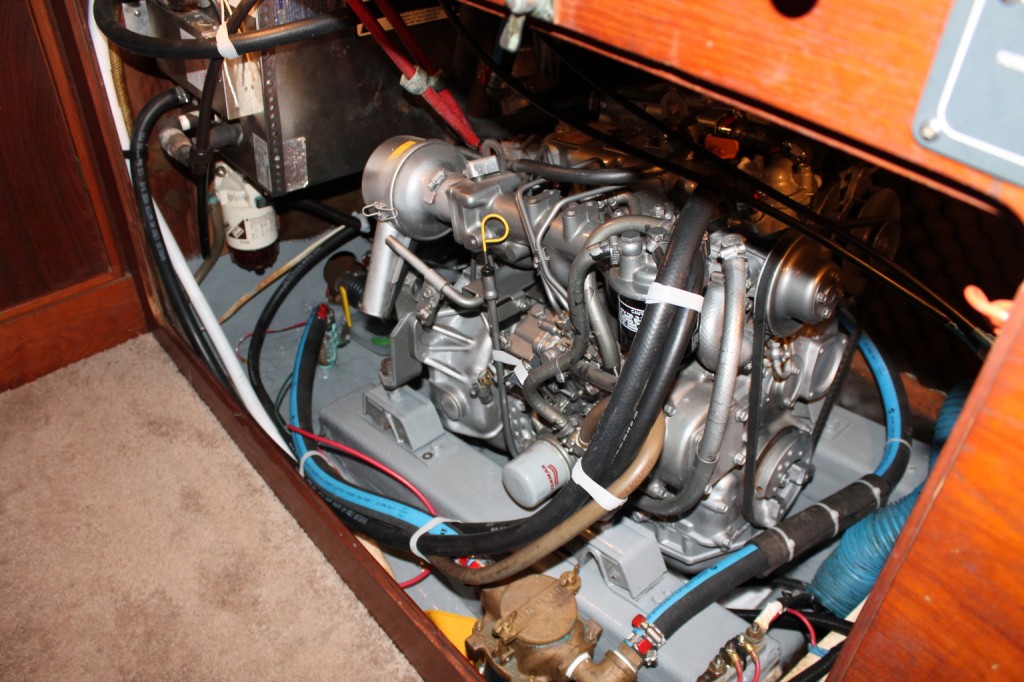 It went back in with relatively few problems and after reconnecting everything and running the engine for a few hours, I am happy to say that there are no leaks and all appears to be functioning well.

After the engine was back in, a thunderstorm rolled through and left this beautiful scene off the back of the boat.  I think it’s a sign.  Now if my girls would just hurry up and get back all would be good. 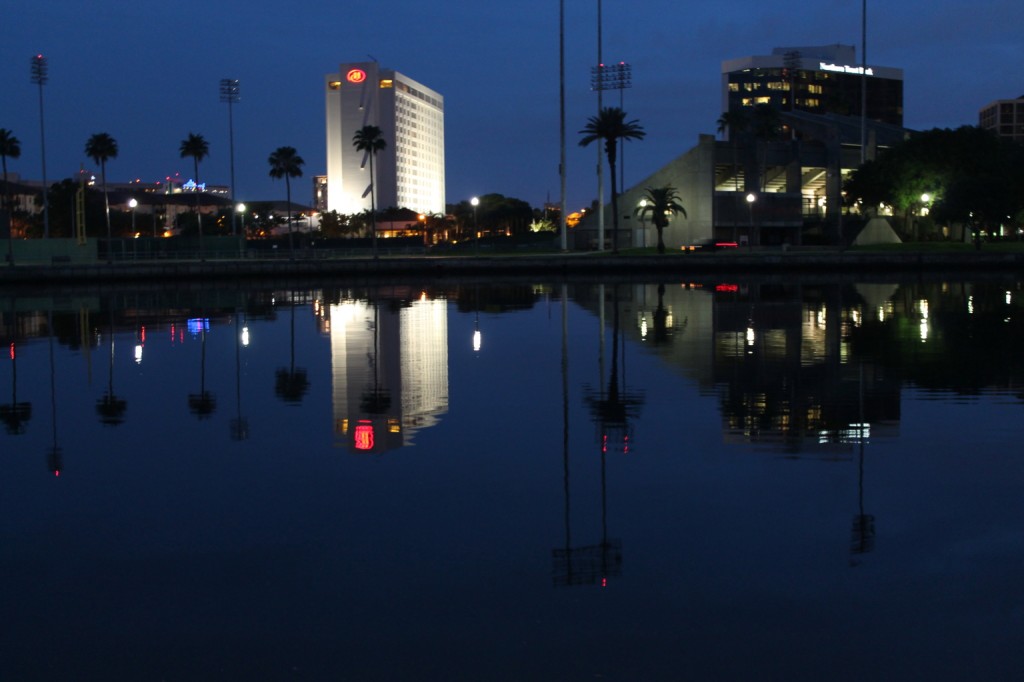 2 Responses to Everything’s Harder on a Boat