You are here: Home › Thanksgiving at the Snowmansion 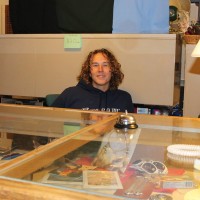 We finally got the OK from Jake to visit him at the Snowmansion! Yeah, he totally caved in when we said we might just book rooms under alias names and show up in disguise. We headed west Wednesday and arrived at Arroyo Seco at dusk. We walked through the door of the Abominable Snowmansion and there was Jake working the front desk. Aaaw, such a happy sight to see. 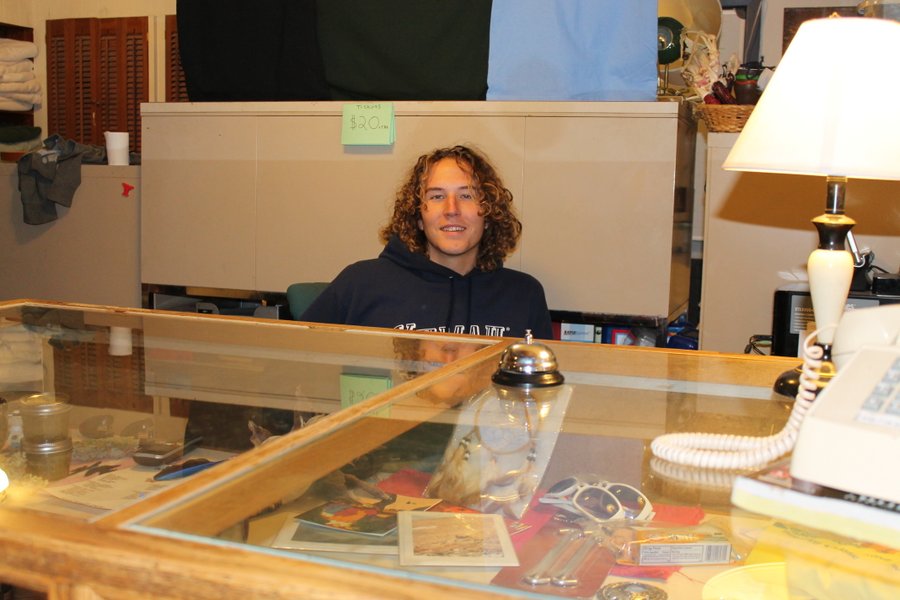 We had such a fun weekend hanging out with him. We were a little limited on what we could fit in because Jake’s knee is still pretty banged up. However, walking around Taos with a 6-foot 21-year-old on crutches is quite the experience.

Everywhere he goes, everyone wants to know which slope was the scene of the injury. “Hey!!!” guys will call out from 50 yards away. “You get hurt on the mountain already, Dude??” Jake is ready with his truth-is-stranger-than-fiction dancing injury story. He explains to all askers that his dislocated kneecap came from a crazy dance move at the Taos Brewery. He feels this makes for a perfectly respectable injury story but sometimes he senses his audiences’ brief disappointment as they take in the information. I tried to comfort him. It is a good story. That part about the girl kicking him in the knee after he limped off the dance floor and yelling that he was faking it makes for a pretty interesting twist, as well. “Yeah” he shakes his head in agreement and laughs. It is good to hear him laugh. So good.

Randall and Lily went skiing on Thanksgiving. I stayed at the Snowmansion to hang with Jake and help cook for the afternoon Thanksgiving feast. Most Thanksgivings are spent in the kitchen with your beloved family. You have your system. Mom does the gravy. Your sister makes her killer stuffing. Your other sister spikes and re-spikes the wassail. Ya know what I am getting at. But someday, you really have to spend Thanksgiving in the kitchen with five or six totally new friends. It was fun, unpredictable and I tried to get in on every dish. Jake’s friend, Kevin, is a sous chef and was kind of running the show. He is one of those “don’t confine me with recipes” chefs. There were polite disagreements over how to make mashed potatoes. There were last minute substitutions for important ingredients. There was a fire in the oven because no one told me there was flour in the oven thrown in there last week to douse the last fire in the oven. But when it finally got to the table an hour late, it was superb. It was also served to a room full of beautiful, traveling people who didn’t really care about what’s on the table so much as who they were able to share it with. 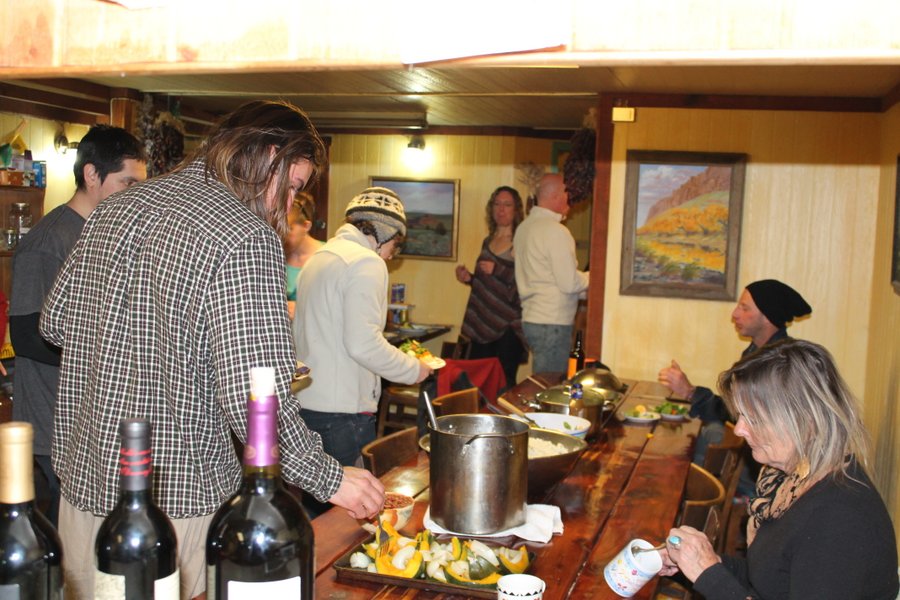 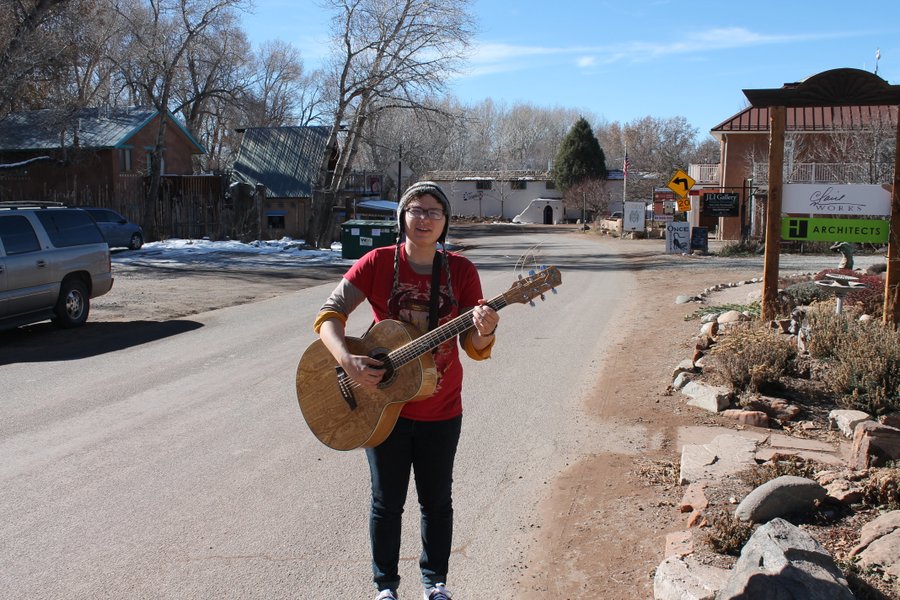 Ellie playing her guitar outside the Snowmansion

Lily and I went skiing on Friday and left Jake and Randall to hang at the Snowmansion. Both days we skied at Sipapu Ski Resort. It is smaller than Taos but had some great runs for Lily. Both evenings we spent playing games and reading by the fire. Lily will always want to stay at hostels from now on. She got lots of attention from Jake’s friends. 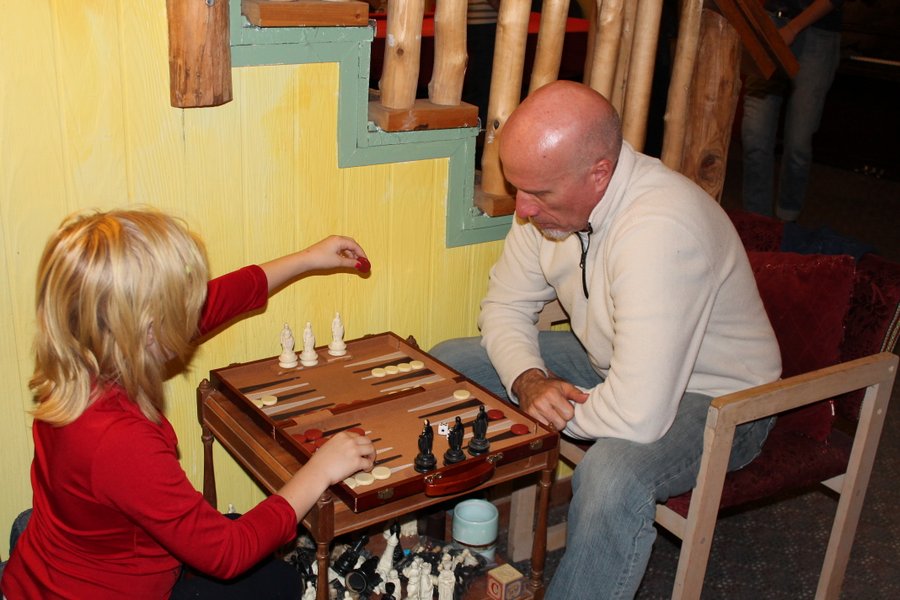 We celebrated Randall’s 46th on Saturday. We went to the River Gorge to take in the view. We also went down to the Earthship visiting center to take in the eco-friendly building construction process. We stopped for lunch at Outback Pizza and tried to get Randall to crayon-out his bucketlist on the paper tablecloth. He wrote “eat at Outback Pizza in Taos” and put a checkmark after it. We hope they hang it up on the wall amidst the patron’s artwork. What better advertisement? 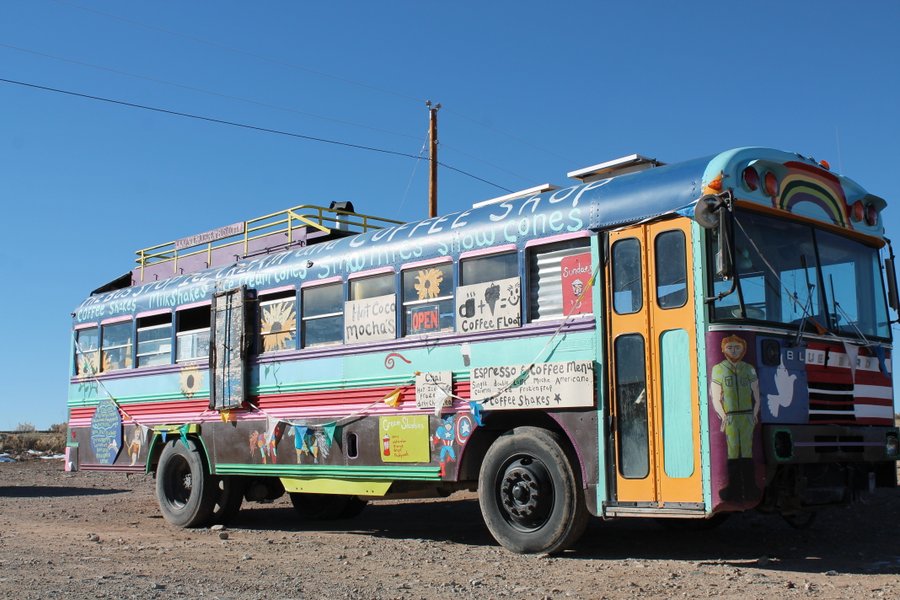 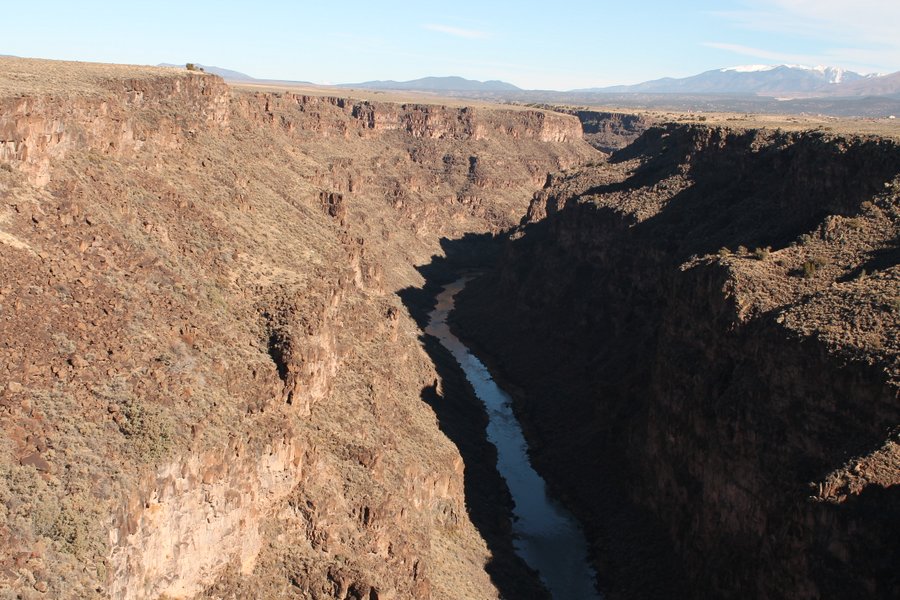 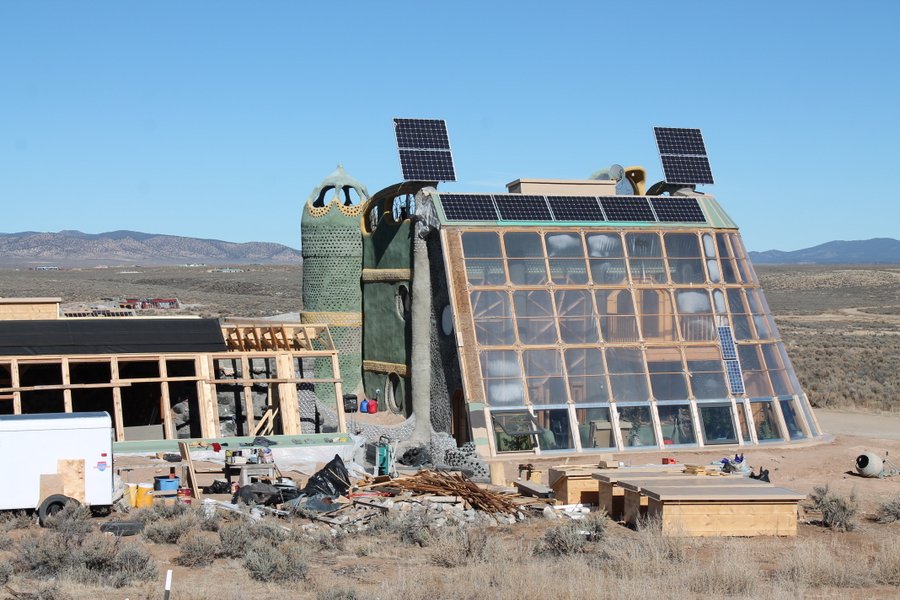 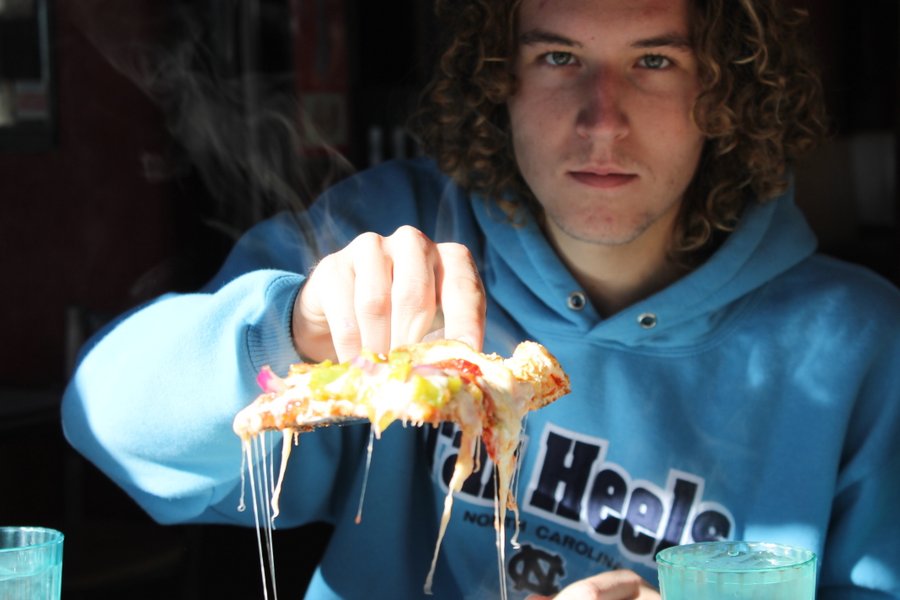 7 Responses to Thanksgiving at the Snowmansion