You are here: Home › Modern Technology Messing Up Monday 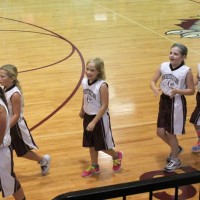 Yesterday, the post ended with the cliffhanger sentence, “Right now, we are off feed Michelle another meal.” Well it wasn’t just any meal. It was Girls’ Lunch at the Country Dove Tea Room. I took my camera to record us four ladies drinking Peach Tea in Victorian surroundings. We took Mom’s car. It was to be a short jaunt on a beautiful day with good food and pictures. Au contraire – french for “ain’t happenin’.”

Well we had one stop to make before tea and sandwiches. We pulled in at Sayre to let Mom get a few papers notarized. We sat in the car in front of Glory B and discussed antique shopping. As for me, I wanted to go in and look but they were, unfortunately  “Closed Mondays.” Surprisingly, Lisa has reached her antique threshold and is not in the market for more. She did, however, reveal that Jerry will occasionally insist on a antique store walk-through.  And, he has been known to putter around a garage sale or two. Hey Jerry, we need to do a little shopping! Randall and Lisa can just stay home so we can find some bargains. Anyway, Mom showed back up from her errand and Lisa reached for the round button that starts the car. You know how these new cars have the push button ignition. Well, Mom’s car was running so it basically did nothing when the button was pushed. We backed out and drove straight to Country Dove.

In the parking lot at Country Dove, we all start piling out of the car and Mom says, “Where is her purse?” Uh-Oh. Could it be back in Sayre? Yes it can. Had we just turned the car off? Yes we did. Will the push button ignition work without the key? No. Where is the key? Yes, inside Mom’s purse. Well we make a quick call to the notary just to check. Do you see a black purse sitting in your office? Yes, I do, says she. Ok, well, Thanks. Has Modern Technology screwed up a perfectly good system wherein a vehicle now can drive right off without the necessary key to restart it? Yes, Modern Technology has screwed up a fool-proof system.

But we laugh and congratulate ourselves on having a number of handsome princes to call upon. So Handsome Prince Jerry is reached by phone first. However, alas, he has spent the morning slaying dragons, I mean shopping. I suppose Lisa’s absence left him free to antique to his heart’s content and slaying dragons is so passe, french for “tiring.” He is now in need of a post-shopping nap. He will come if Handsome Prince Randall cannot be persuaded. Handsome Prince Randall is in the middle of his women-free morning. He is hesitant to interrupt such bliss. He suggests a call to OnStar. So, the damsels in distress call Prince OnStar. Prince OnStar explains that there are many great OnStar features but remote start is just not one of them. Do we want a tow? A tow? Why, of course not. Well, can you give a detailed description of what the Tow Truck Prince might look like? No? Never mind. We will call, once again, upon Handsome Prince Randall. And indeed, Prince Randall says he will leave post haste. We sit back and await his galloping arrival. We decide to take some pictures of us in the car to commemorate this strange Girls Lunch at Country Dove. I take five pictures and then notice the flashing message on my camera “NO CARD IN CAMERA.” Has Modern Technology made a camera with a critical component which can easily be left in a computer at home while the camera is carried to important photo opportunities. Yes. It is obvious what we need in all these modern, detachable components are little speakers which say, “Hey! Hey! Are you sure you want to leave me here? I am small and easily misplaced but you are going to want me later! I just know it!”

Anyway, we made it home in plenty of time for Lily’s first ever basketball game. The Sweetwater and Cheyenne third- and fourth-graders squared off against each other at 4:30 at the Sweetwater Gymnasium. The lead exchanged hands many times. With just a few seconds left, Sweetwater scored and tied up the game 14-14. Two overtimes were provided to settle the issue but the orange ball never seemed to fall in the hoop for either team. It was decided to call it a tie-game and let the impatient third- and fourth-grade boys on to the court. Some of us Moms said “Oh that’s nice. A tie.” Well, maybe it was just me. Anyway, Lily smiled the whole time she was on the court. Look closely at her in the picture below under the bucket. Her teammate is shooting(maybe?) and she is supposed to be focused on a potential rebound. She is clapping her hands together gleefully. Anyway, I think she has more the cheerleader personality than the competitive athlete personality. But we shall see what transpires. Dad may do some coaching on when to clap gleefully and when to try to get the ball. 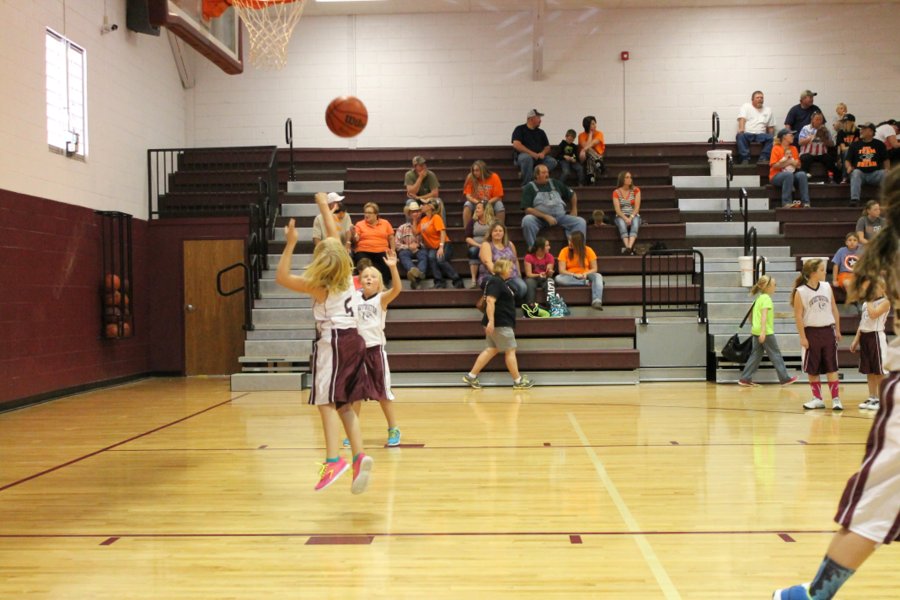 Lay-up during the pregame warm-up. 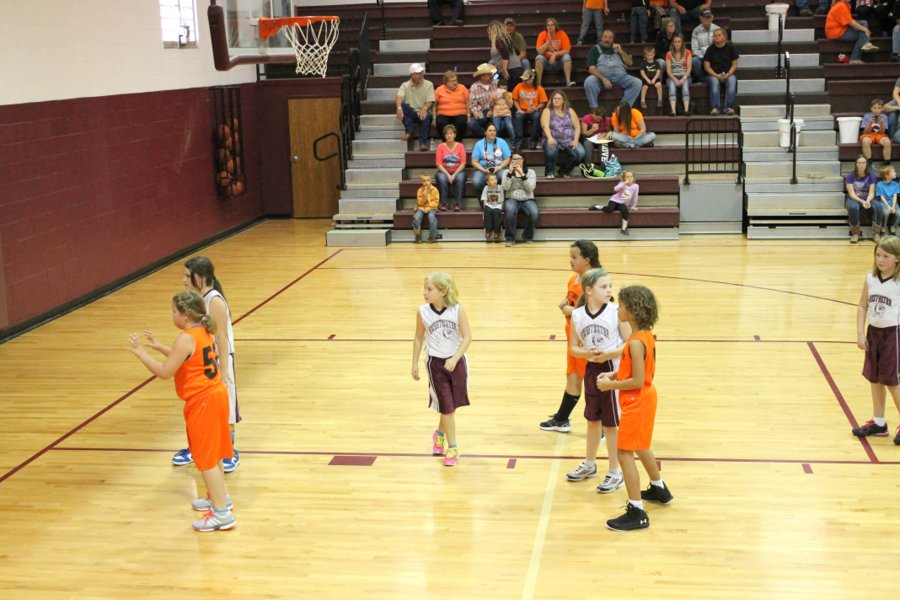 Lily guarding during an inbound pass. 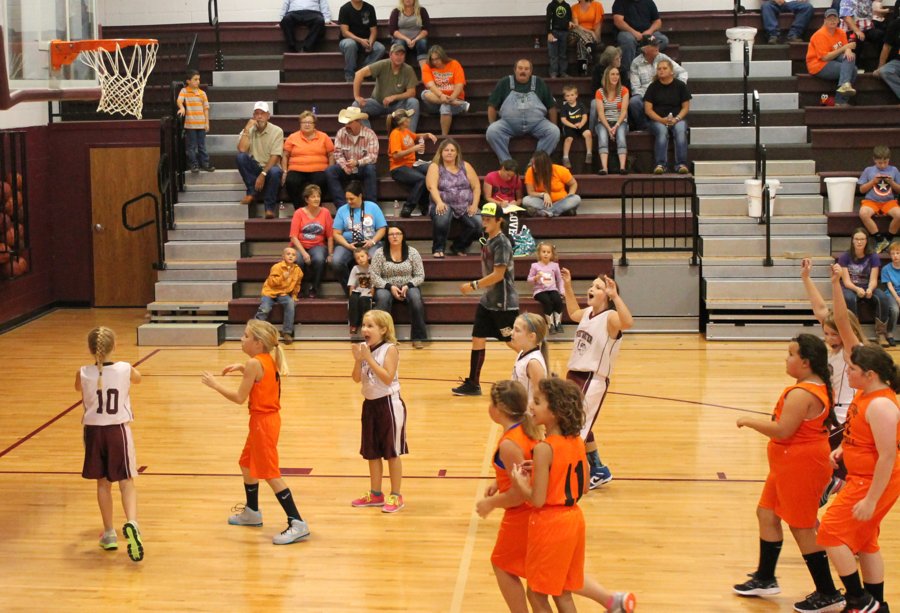 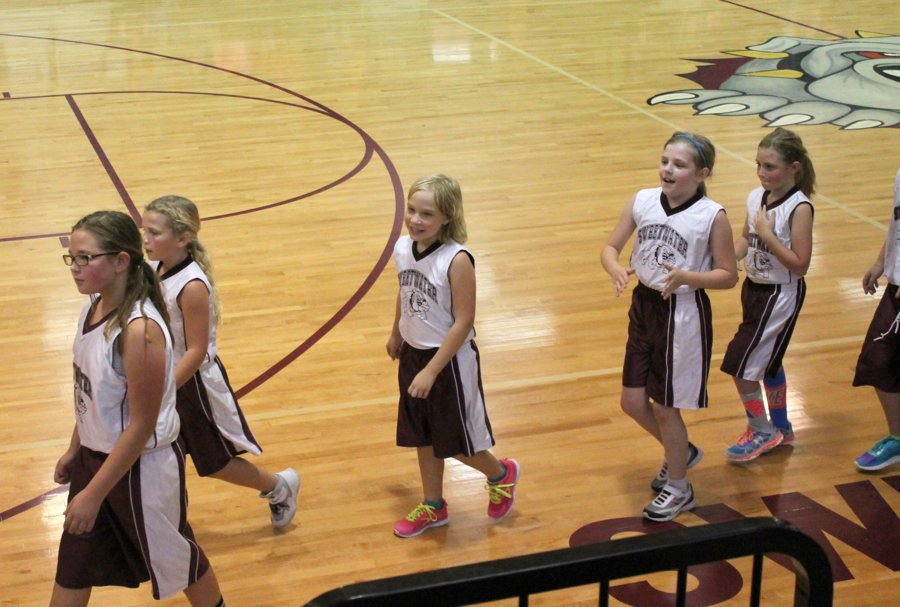 Leaving the Field of Battle