POOL PARTY! Oh was Lily excited. The sight of a friend sends her into delight. The sight of five friends in swimsuits bearing bright packages is almost too much. Let’s go! Let’s go! Can we go now! We got to the water park and they went straight for the water. Splash 1. Splash 2. Splash 3. Splash 4. Splash 5. Splash 6. From that point on, they were fish, occasionally nice little guppies but sometimes, BARRACUDA. Sam, the lone boy, had two or three of them on his back constantly, trying to take him under or at least get a free ride across the pool. Luckily, he’s the oldest, the biggest and has big brother experience. It is like someone said, “Sam, it’s your little sister’s birthday so just let her ride you across the pool.” Shelby, the smallest and the only non-swimmer, played happily in the shallow end. The other four were busy running from pool to slide to diving board and back in the pool.  We shouted an occasional “Don’t run” at them. Then they would take a few slower steps and immediately go back to the jog that seems to be neither running nor walking so hopefully satisfies the grown-ups. They took a short break to eat cupcakes and spread icing from noses to toeses. The best thing about a pool party is sending them back to the pool to get clean. At four, a voice rang out over the loadspeaker. THE POOL IS CLOSING. Thank goodness the party ended when the pool closed or we’d have had tears, pleadings, promises of extra hugs and kisses if they could stay one more hour. As it were, they seemed to realize there is no arguing with someone on a loudspeaker. They trudged sadly out wrapped in beachtowels. In the truck, I handed out goody bags to perk them up. Before I could say, “Hold The Candy Til You Get Home,” the gooey taffy was unwrapped and in their mouths, on hands and a few swimsuits. Oh well, send ‘em home tired and sticky and full of sugar. That’s what birthdays are for. 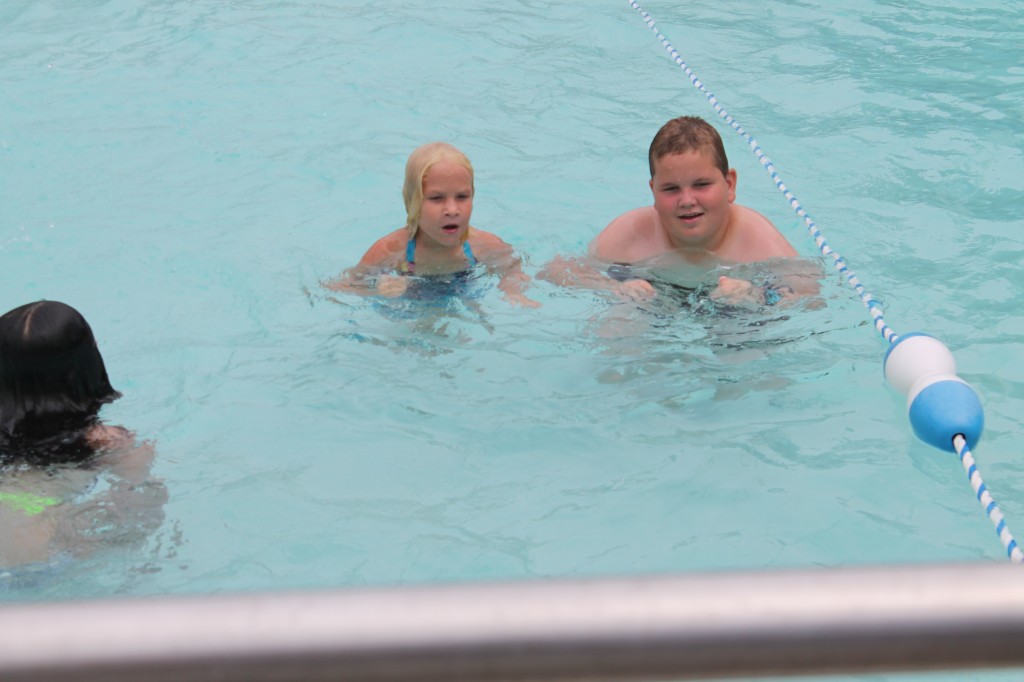 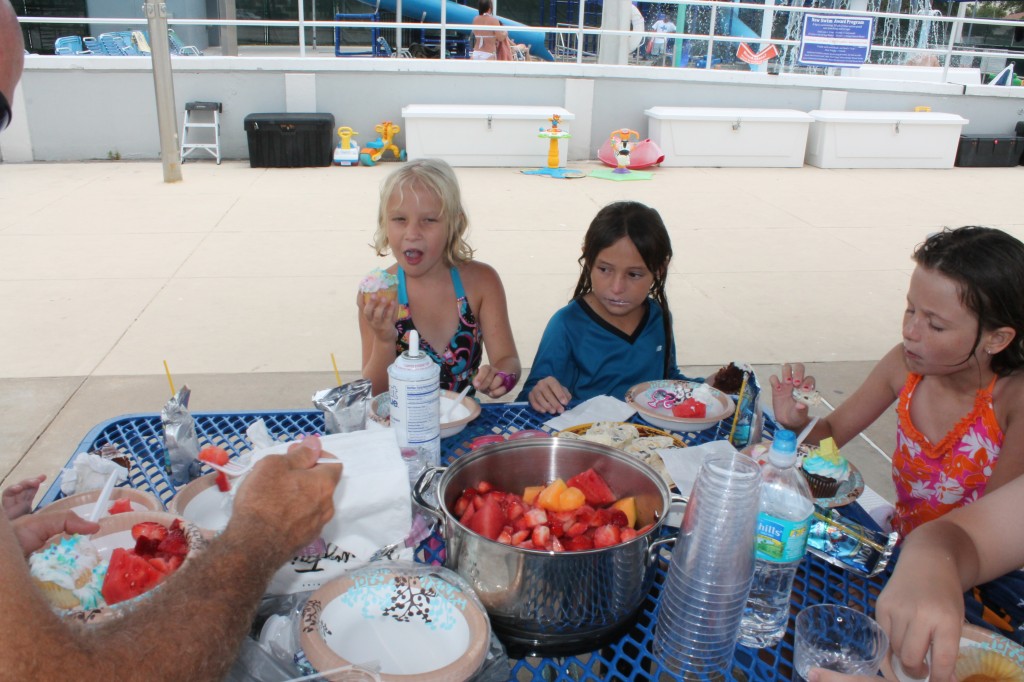 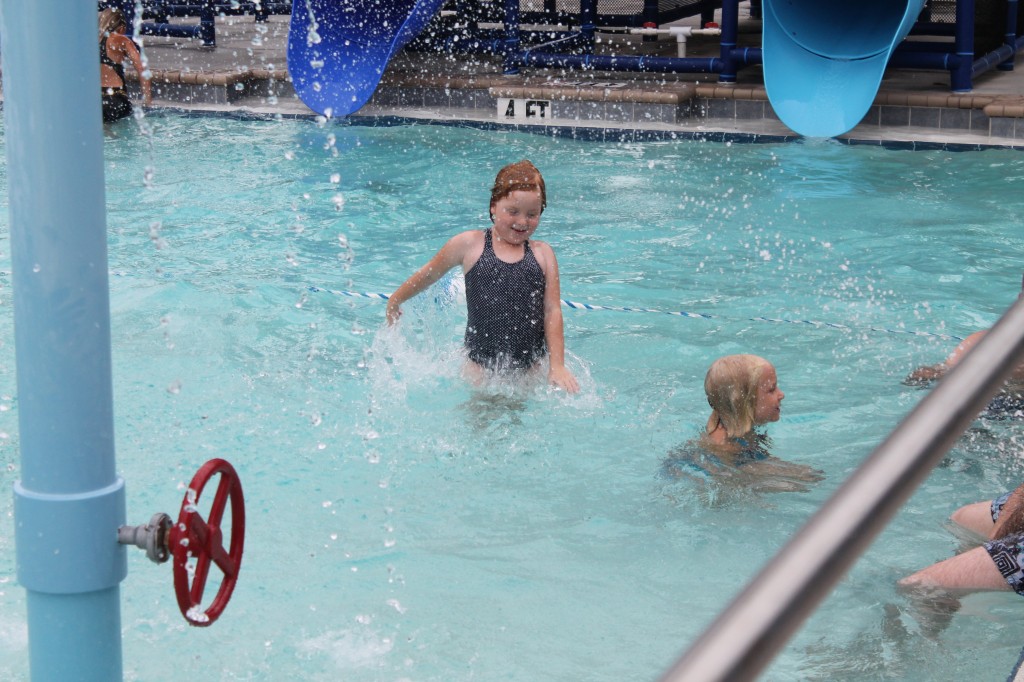 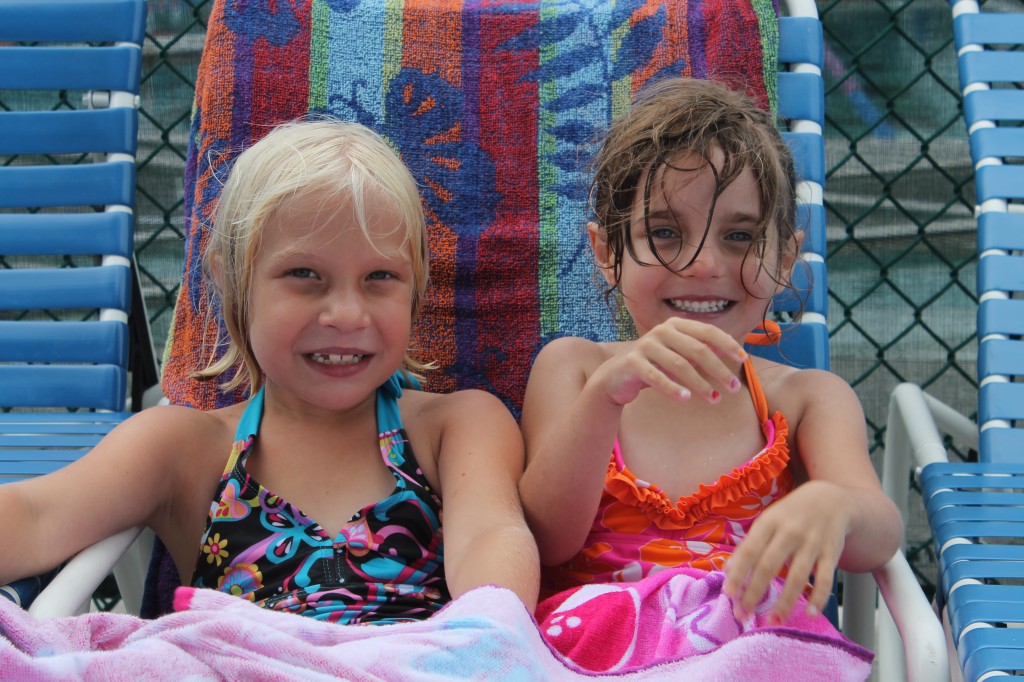