You are here: Home › Just Hanging Around In Recovery 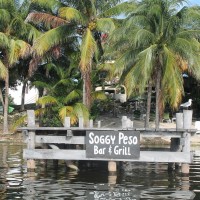 Lily and I got a little bout of an illness this week so we didn’t really do much around the island. Randall kept saying he was pretty sure we had chikungunya. Since Chikungunya is mosquito-borne, I was pretty resolved to the likelihood of getting a little dose of it. While the virus can be lethal, it is pretty much like the flu although the health department did lecture us for 10 minutes when we processed in to be sure and spread on the insect repellent at dawn and dusk. Since neither one of us got too high of a fever, we didn’t go to the doctor and are feeling good now. 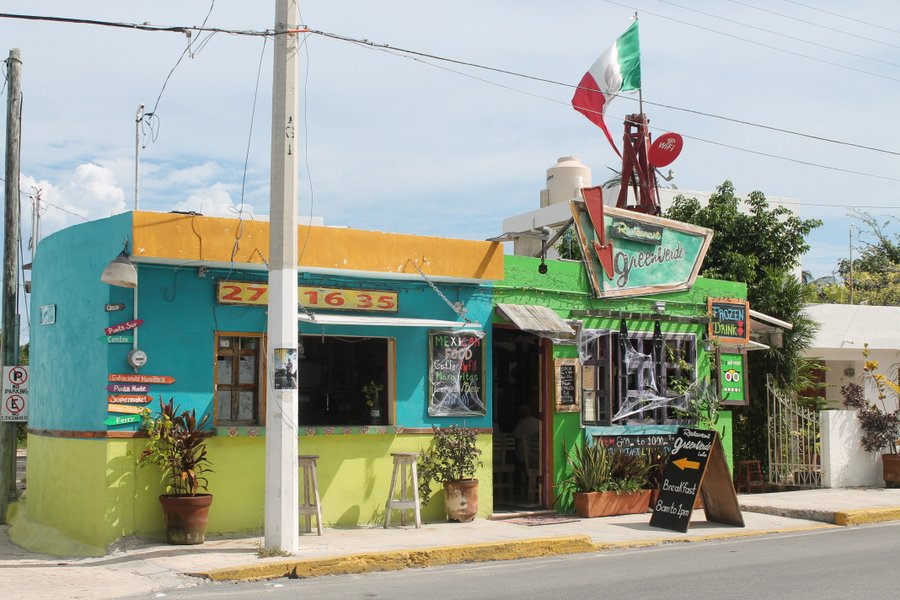 We had a very yummy lunch at GreenVerde this week. 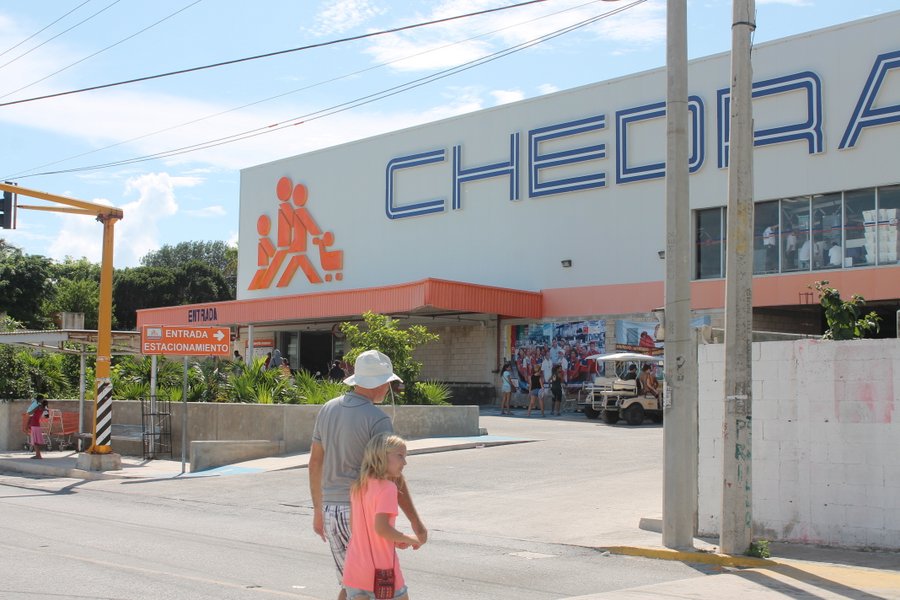 On our way to the Chedraui supermarket. Thought I would post this so you know every building isn’t necessarily quaint and island-y.

The marina staff has been hard at work finishing a new rental apartment. The owner invited Lily to come put her hand and foot print in the fresh cement so she really got to leave her mark here. He also let her know that the apartment was rented to a group bringing along a passel of kids this weekend. She has been keeping a sharp eye for their arrival and just now came down and proclaimed “Boys!” in a rather disappointed tone. Randall countered that there is nothing wrong with boys which is funny because he is really just as likely to say “boys are bad news. keep your distance” depending on his mood at the time. Lily, though, clarified the problem with the words “they look older.” Aah, yes. That probably won’t work out in your favor, sorry. 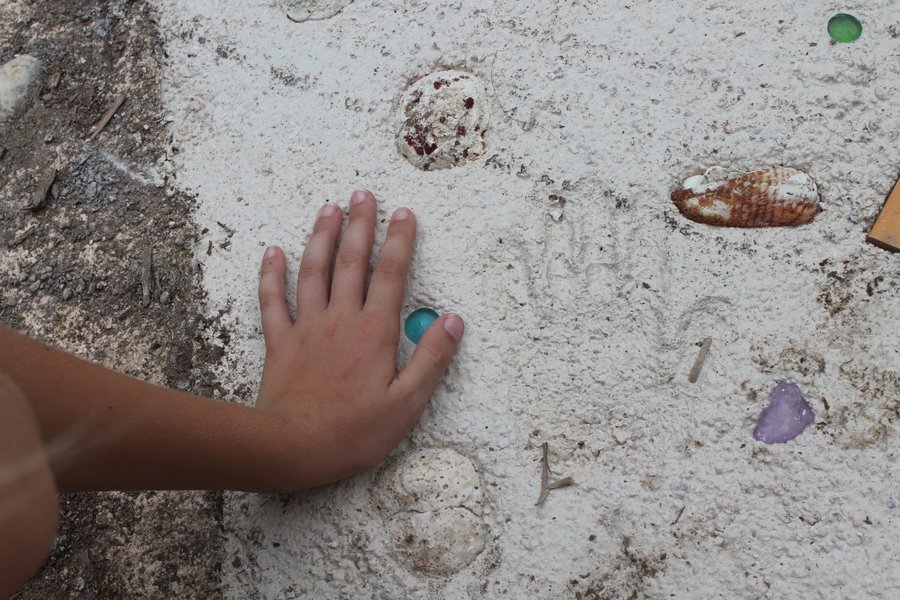 Lily’s faint handprint in the El Milagro sidewalk. The sidewalk is also adorned with shells and glass beads.

We have taken a couple of dinghy rides to explore the lagoon. There are hundreds of small fishing boats lining the leeward shore and tucked into the peaceful lagoon. We see the fishermen cleaning fish each evening and I eavesdrop, intense on making out the Spanish. I can still only get a few words per sentence but I do think they speak a little more slowly here than in Guatemala so that’s nice. Most of the locals know English so it really is a great place to practice Spanish as you can switch to English when you have gotten in over your head.

Local fishing boats lined up along the western (leeward) shore of the island. 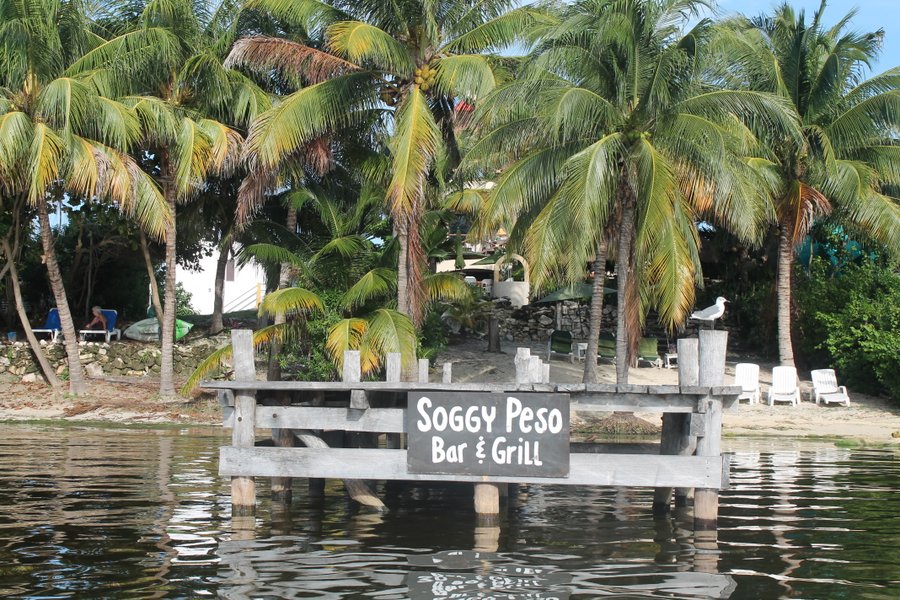 Soggy Peso is right next door. We had lobster tacos there one night and Randall drops in for an occasional Margarita-to-go. 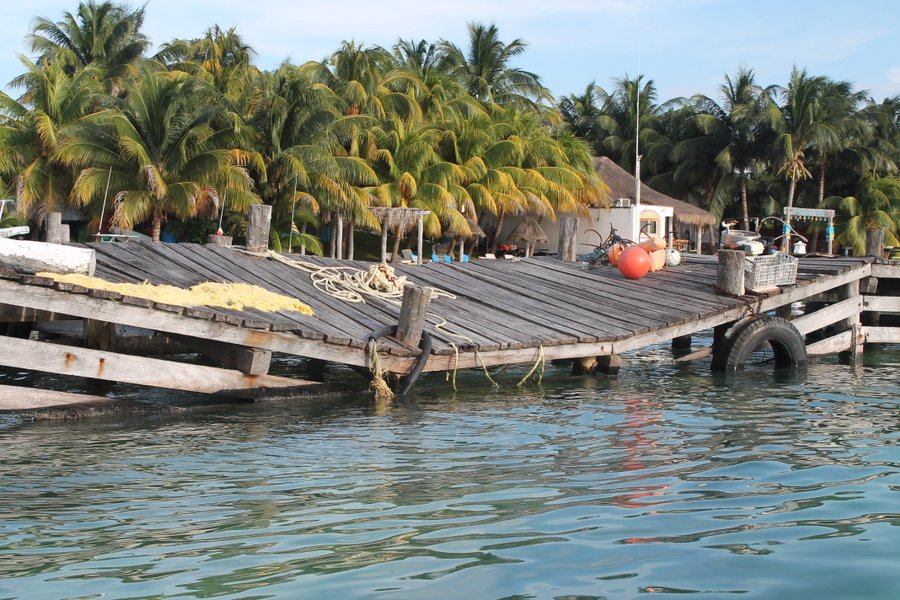 Try walking this dock after a couple of Soggy Peso Margaritas. 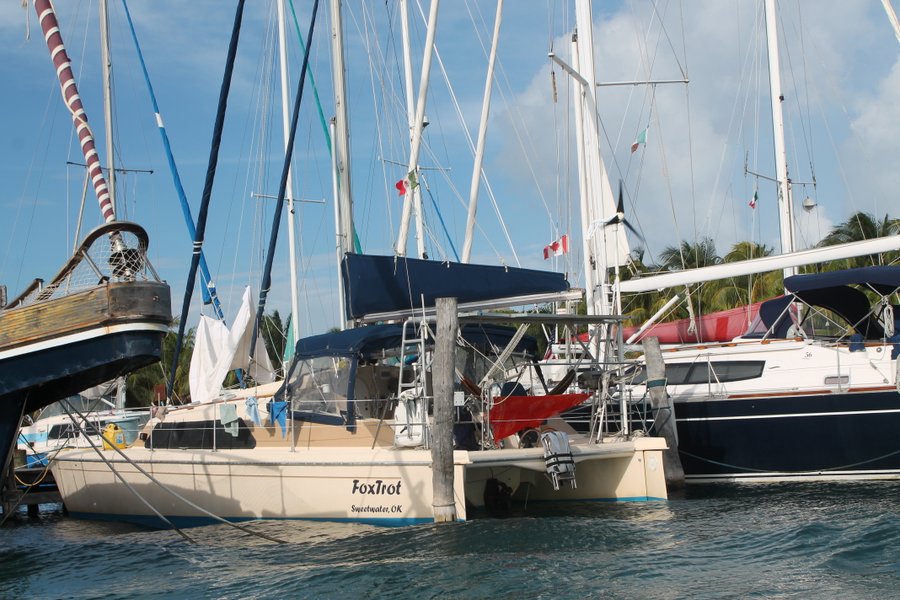 Foxtrot pulled in at El Milagro. 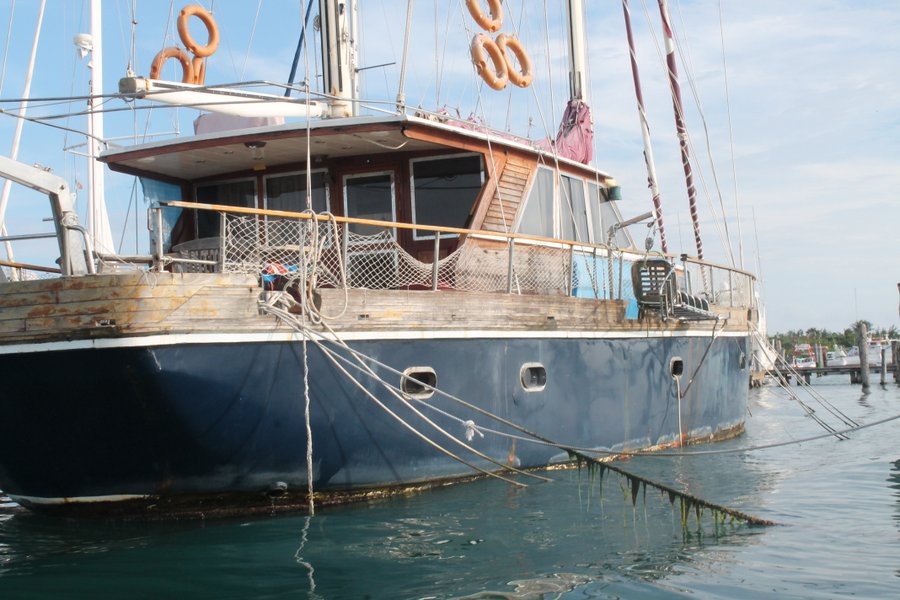 When Randall isn’t busy, he starts saying crazy things like “wouldn’t that boat be great to buy and fix up?” 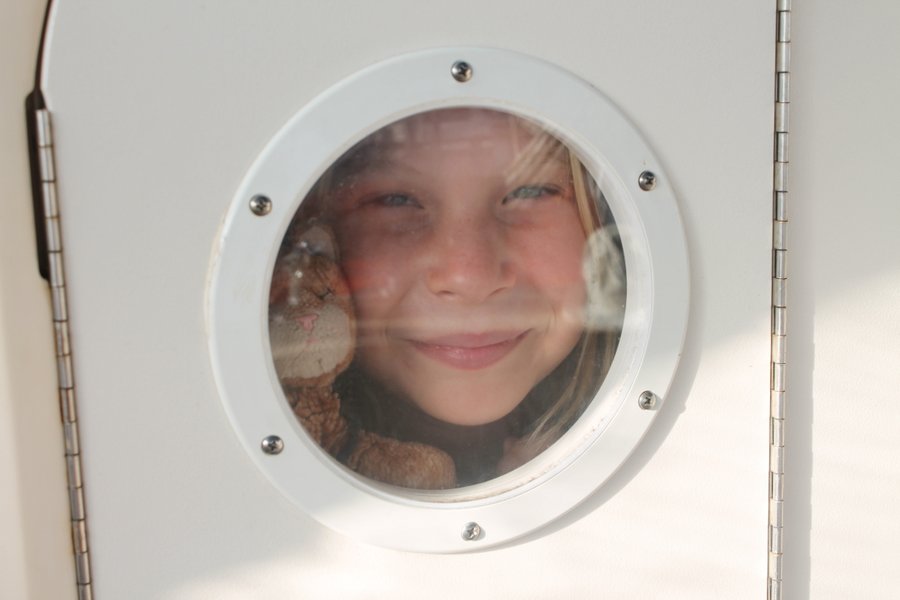 Who is that peeping through the porthole? Yes it is Lily and Whiskers.

3 Responses to Just Hanging Around In Recovery