We made it through the treacherous waterways of New Orleans yesterday. We started two days ago from Houma where we tied up at the City Marina. The Houma City Marina has few amenities. However, its proximity to the park made it a perfect place for Lily. She took up with about five or six wild boys who, apparently, did not have a school night curfew. One thought living on a boat would be cool but another claimed with perfect assurance that “It sucks!” 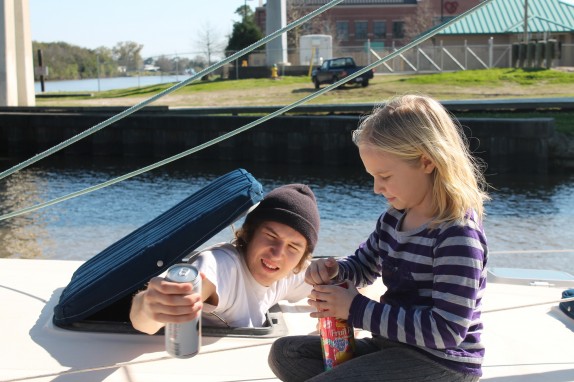 Jake is the only one of us who can stand in the salon below and comfortable partake in Lily’s on deck tea party. Gives you an idea of how much he has to stoop below in the salon.

We had an easy cruise to our next anchorage at Boomtown Casino except for a few tense minutes of assessing a newly-built flood gate showing a red light. The flood gate wasn’t on our charts and had a very imposing “Don’t Approach” appearance. We had not heard a single boat hail it, however, so we proceeded through slowly with no problems. We tied up on short metal bulkhead which was reported on Active Captain as a good anchorage as long as you could figure out how to tie up. It was not really designed for docking so there were not cleats. Numerous exposed rusty rebar sticking out of the concrete were your cleating options. We found a few likely candidates, tied up and headed to Boomtown. Jake was two days short of his 21st so we thought they might let him put a few quarters in a slot machine. Instead, they ordered him and his quarters off the premises. 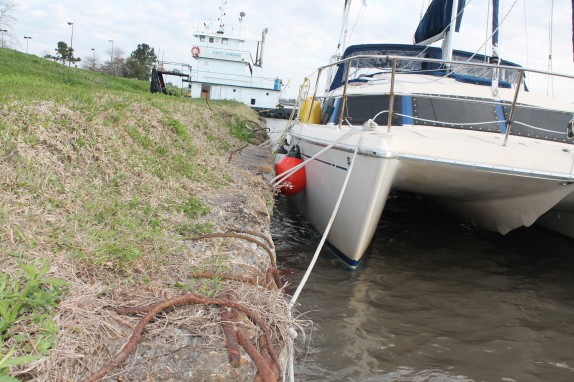 Close up on the rebar tie up

Yesterday, we tackled the remaining 30 miles into New Orleans via the Harvey Locks, the Mississippi River and the Inner Harbor Industrial Canal. The locks were the most daunting. We locked through Harvey alone so that went fine. After a 30 – 40 minute wait, we locked in the Industrial Canal Lock with a tug pushing a couple of barges. There wasn’t room for us on the Lock wall so they instructed us to tie up to the back of the barge. When the lock gate began to open, we braced for prop wash from the tug with no way to put any distance between ourselves and the tug. There was not much to do accept try to fend ourselves off the concrete walls while we were tossed about. No serious damage was incurred but we are set on avoiding this lock on the way out. 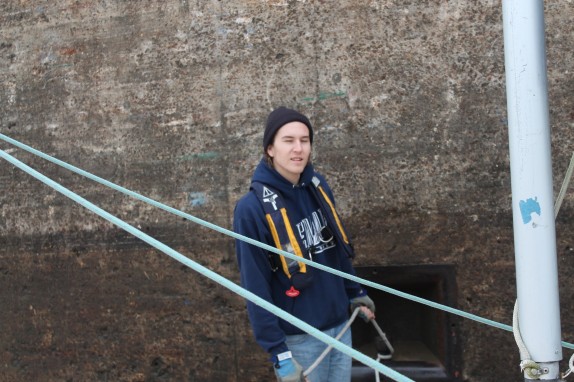 Jake holding us to the Harvey Canal Lock Wall as we float up to the level of the Mississippi. 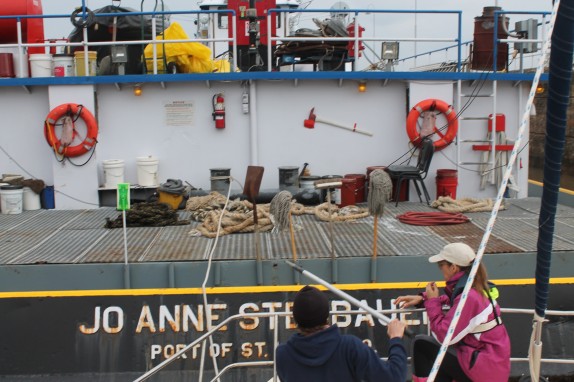 We arrived at the Pontchartrain Landing marina at noon – just enough time for showers and one load of laundry before the next shuttle departure for the French Quarter. St. Patrick’s Day revelry was in full swing at the French Quarter. Several parades were going on and Lily got her first eyeful of guys in skirts (kilts) and gals in green tutus lifting their shirts for beads, flowers or, well, for no apparent reason. We had Gumbo at a restaurant with balcony seating so we could people watch – well we mostly watched Lily people-watch and enjoyed watching her face go from amusement to slight horror to perplexity. Beignets and coffee at Cafe du Monde at dusk ended the day and we kept saying, “Was it really this morning we were getting tossed in the lock? It seems like days ago.” 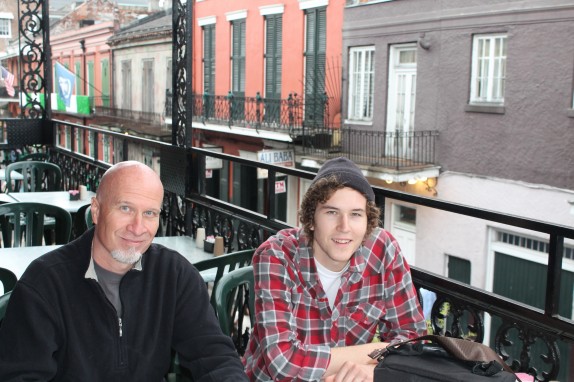 Gumbo and Po’Boys at the French Quarter

This brings us to Sunday, March 16. Jake turns 21 today! He gets to help Randall retrieve the broken radar reflector from the spreader. Then there will be a fuel run by dinghy and re-provisioning by taxi. There will definitely be moderate beer intake at some point later but it is likely to be in the company of parents and little sister. Still, the beaches are a little closer and, as his birthday shirt from Toni and Danny attests, life IS good. 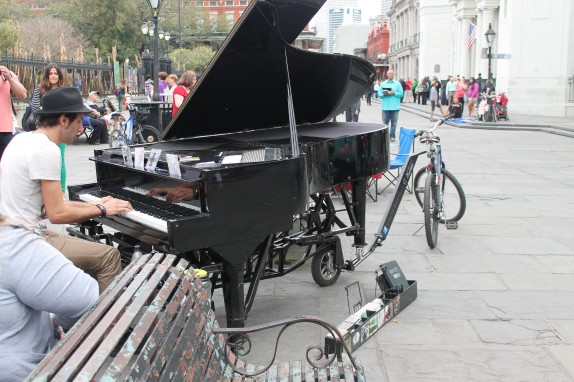 Tons of good music from the street musicians but the pianist brought the biggest amp. Note the bicycle hitch. I am sure there were naysayers to the “I bet I can bicycle this baby” idea.

One Response to Jake’s 21st in New Orleans