25 years ago, yesterday, the wind was blowing hard in Western Oklahoma. An outdoor wedding was hastily moved to the church. The wind blew everyone there and back to see the wind-blown bride and groom. It was an omen. It clearly indicated that wind would henceforth be a force in this couple’s life together. 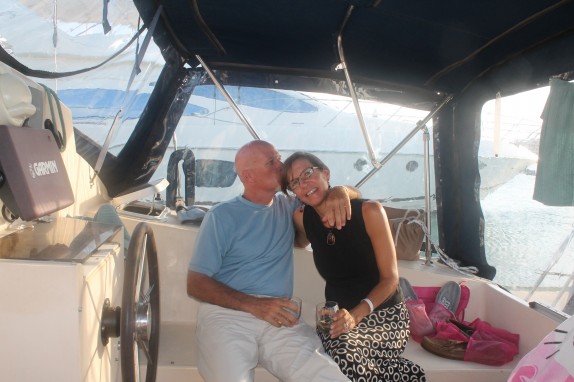 And so, how appropriate, 25 years later we await better wind for going south. There is either too much or not enough and lately it has been a little too much. Unfavorable wind did allow us to celebrate our anniversary free from sail handling and night watches. Instead, we ate a huge plate of Italian food from the resort’s buffet and talked about old times. We tried to remember the name of the cheap hotel where we stayed on route to our San Antonio honeymoon. We wondered how many margaritas our blender churned out our first year of marriage. We talked about how I put little Spanish labels on household objects in our first house in Lewisville (thanks, Toni, for triggering this one). We talked about how many anniversaries we have spent wondering if we would ever celebrate aboard our boat in a foreign country. We wrapped up the night with too much dessert. We staggered home wishing we had not tried them all. 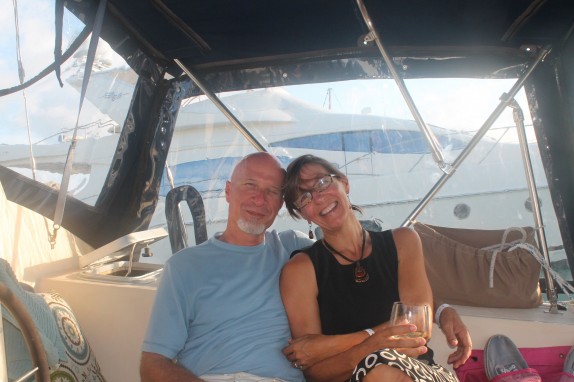 A glass of wine in the cockpit before dinne

Earlier in the day, Randall and I worked on a repair to the snaps on our cockpit canvas. As usual, I did not get the sewing machine settings right until the last part of the job. Most of the stitching is just a huge snarl of tangled thread. I thought briefly about tearing the bad stitches out and starting over but it is such a tangle I didn’t think I could even get them out. I told Randall that he was going to look at the snarled stitches everyday and wonder if he could take 25 more years. I only wish now that I would have made the stitches into a heart-shaped snarl. That would have been even less nautical and more Tammy-like. Maybe, instead, I will put a little label above the snarl which reads “corazón.” The wind won’t leave it there, of course, and the wind may even work out the snarl of stitches, in time. But the wind always abates and there we are, still together, right Honey?

“When the wind don’t blow in Amarillo,
And the moon along the Gunnison don’t rise
Shall I cast my dreams, upon your love, babe
And lie beneath the laughter of your eyes?” 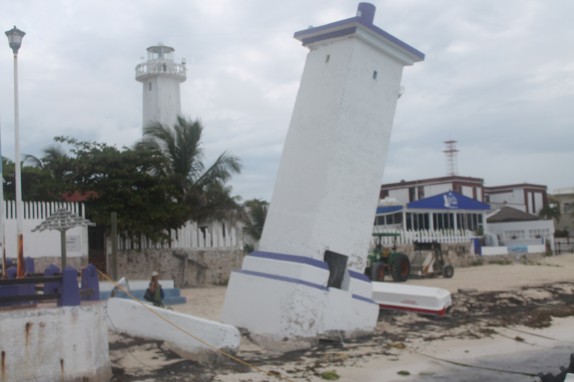 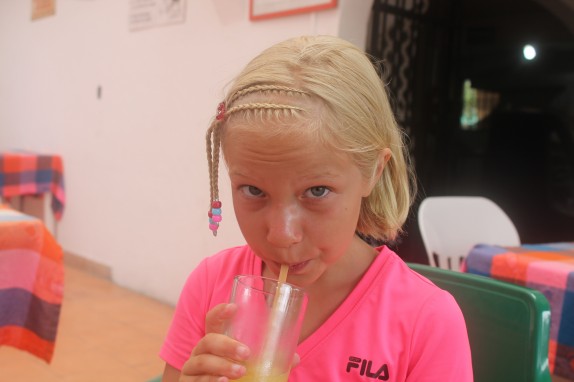