Oh the perks of Marina Life. Every year, American Stage Theater hosts American Stage in the Park. “The Park” is none other than Demen’s Island where our marina is located. They take tickets at the gate but, by virtue of our residency, we get to see and hear the production nightly, for FREE.

Let’s do the time warp, again!

Yes, in year’s past, I am sure they enacted some brilliant and thought provoking material. Something that you’d take your well behaved little ones to so they’d get some of that culture in their little heads. This year, however, they introduce the show by saying you might get wet! Someone seated next to you might shout rude things at the actors! And if you’ve brought children, well, they may have questions after the, um, show …

What nice underclothes you’ve got!

YES, we get all the Rocky Horror Picture Show we want this month. Lily is so intrigued! Why is that man dressed like that? What is a Time War? We haven’t watched the thing through, yet. She’s just been catching bits and pieces as we go by. She loves to dance but doesn’t seem to be particularly enamored by the Pelvic Thrust. She does want one of the red boa’s that the Sweet Transvestite wears around his neck, though.

During the day, the stage sits all quiet. We decided to get an upclose look at the stage and backstage while no one was around. So here’s a little look at what Brad Majors thought was “a hunting lodge for weirdo’s.” Poor Brad! Poor Janet! I do feel a little of their discomfort. 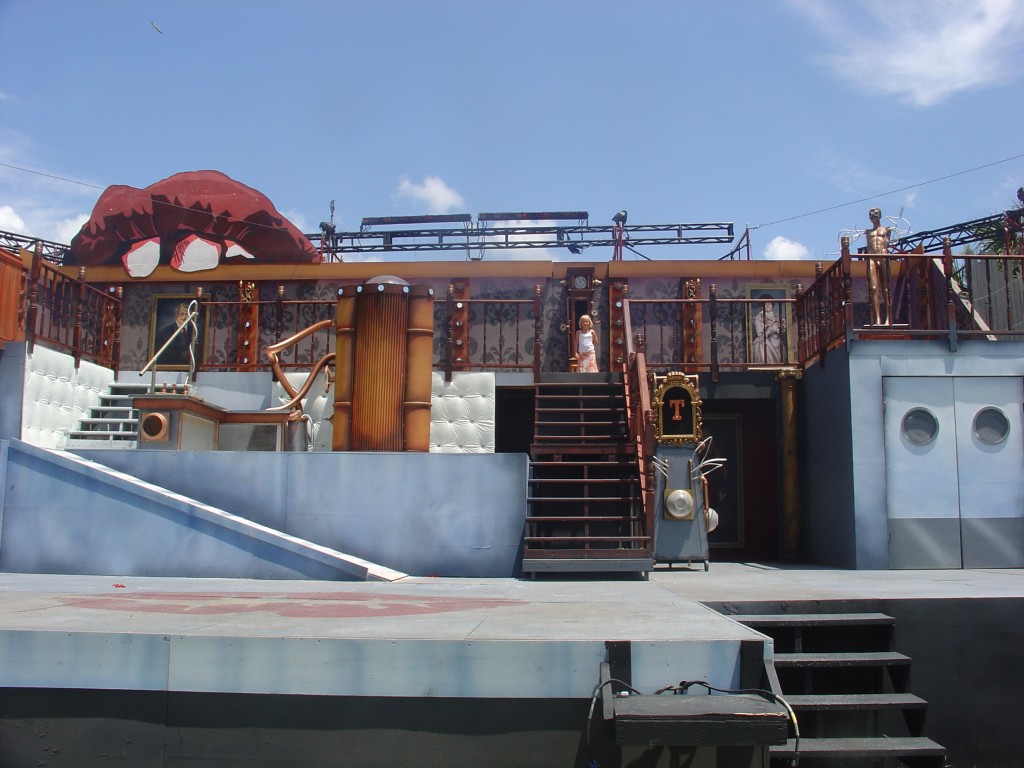 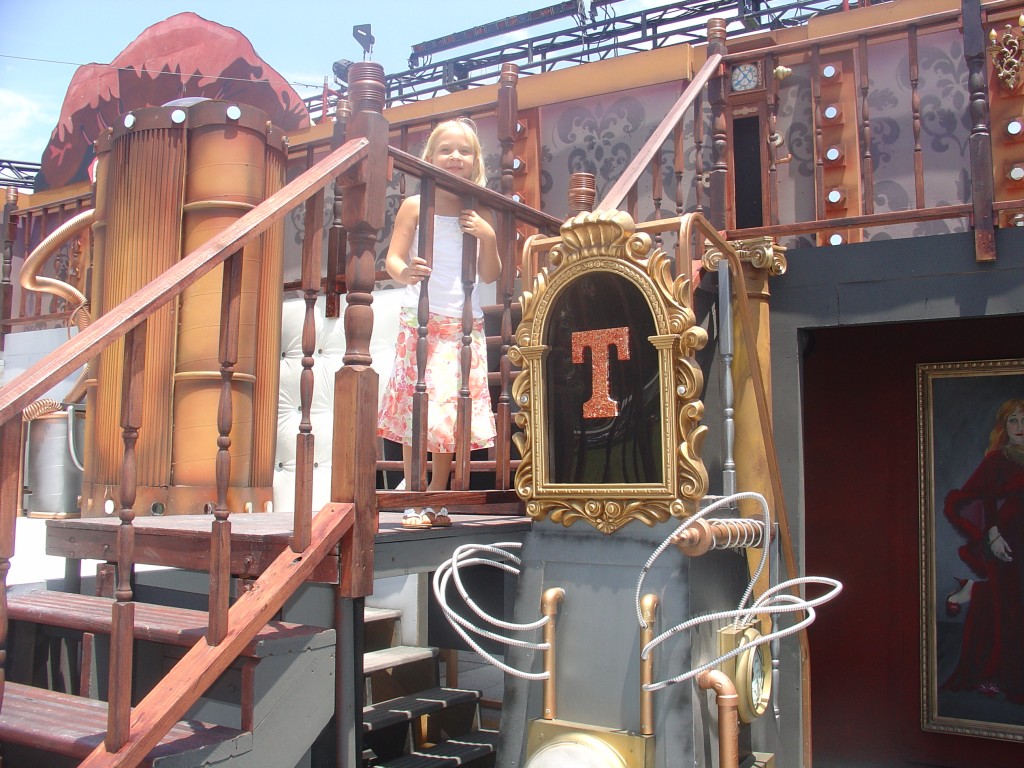