El Castillo de San Felipe was built on the shores of Lago De Izabel. We dingied a little farther up the river today, past the landmark bridge, to reach the east end of the lake and tour the old Spanish fort.

The fort was built in 1595 to reinforce Spanish control of the waterway. We received an illustrated ticket with the historia de castillo. Price of admission for 4 to a Guatemala National Monument was only $8. From the illustrations, we can make out that this area was of particular interest to pirates named Los Hermanos de La Costa. Once the pirate scare was put down, the castillo was converted to a prison in 1655. Several additions have been added to the original structure and the fort is now a maze for explorers complete with dark tunnels and steep stairs with no railing. We spent a few hours looking it over and trying to convince Randall he can replicate it somewhere in the vicinity of Buffalo Creek. It just seems sort of fun to live in a maze of rock walls, dark tunnels and high towers with mounted guns. 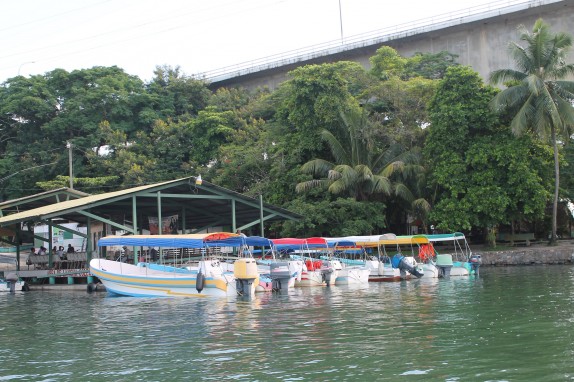 Lanchas lined up under the Rio Dulce bridge. This is the favored mode of transportation. 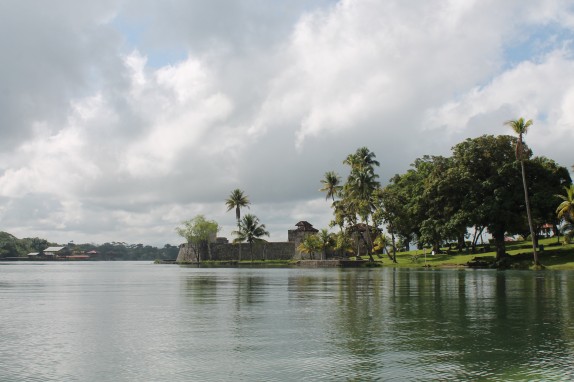 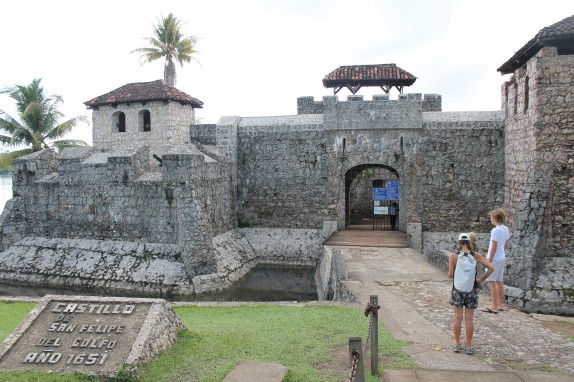 The entrance has a wooden drawbridge but the moat seemed much to shallow. 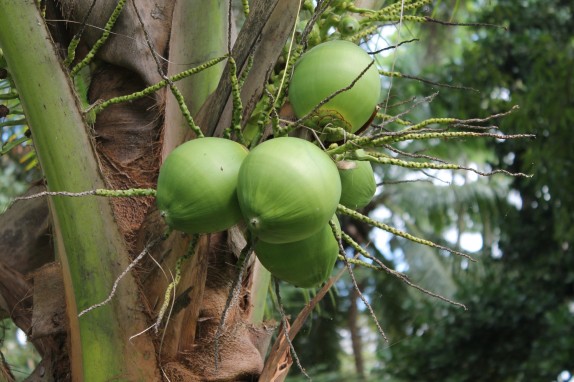 There are coconut trees everywhere we go. 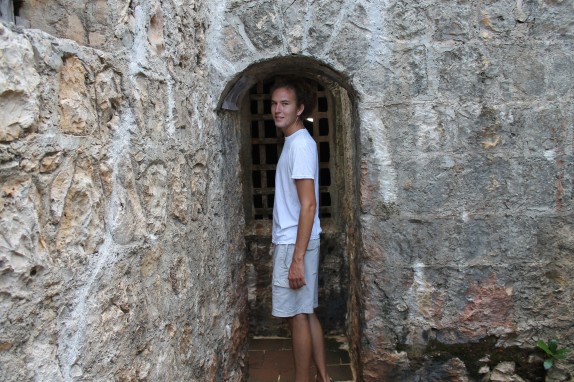 The ticket taker made sure to warn Jake about the low passages. 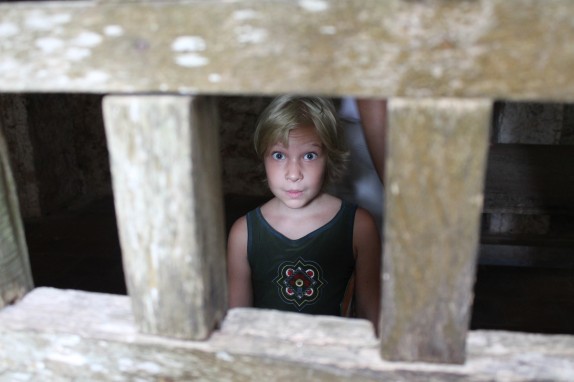 This is the look of someone wrongfully imprisoned. 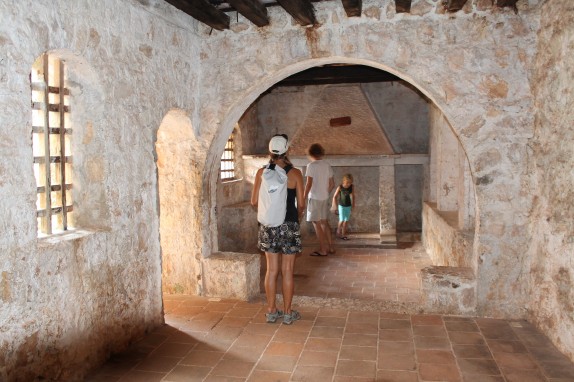 The cocina where I suppose many plates of rice and beans were prepared. 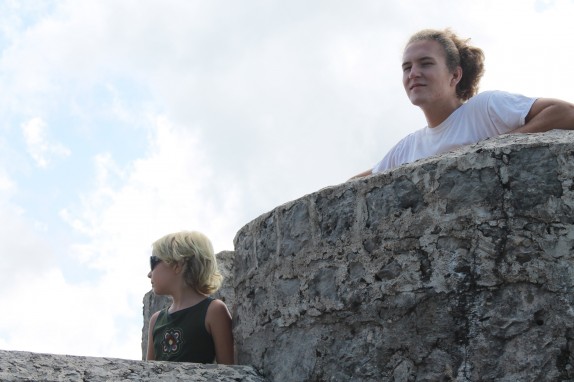 The lookout towers had the small cannon which are in a upcoming picture. 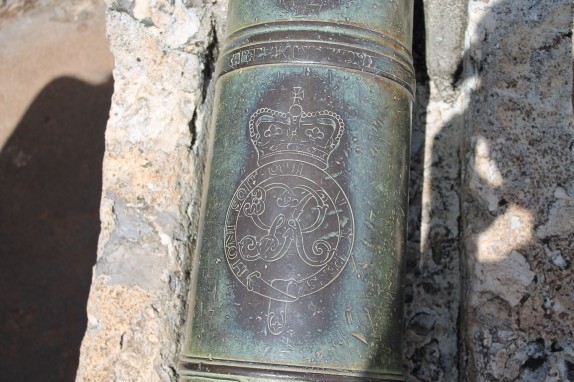 Close up on cannon insignia. 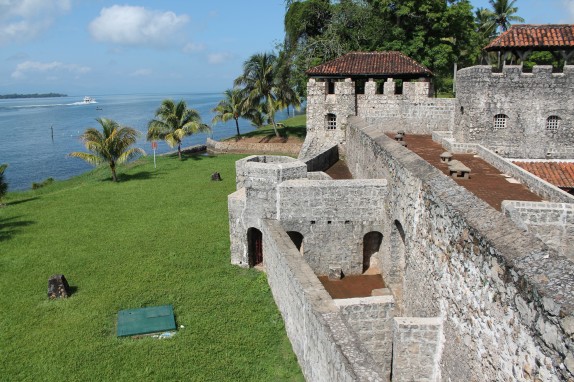 A look down on an outer wall from the lookout tower. 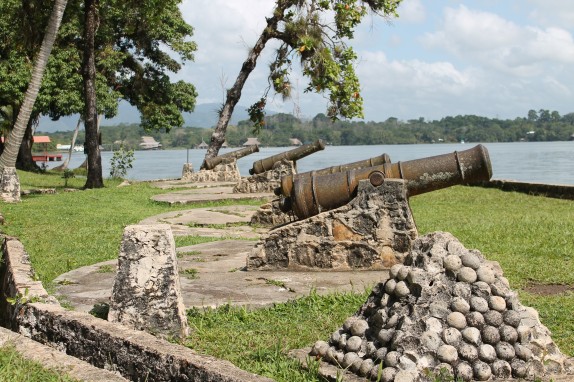 More cannons outside the fort walls. 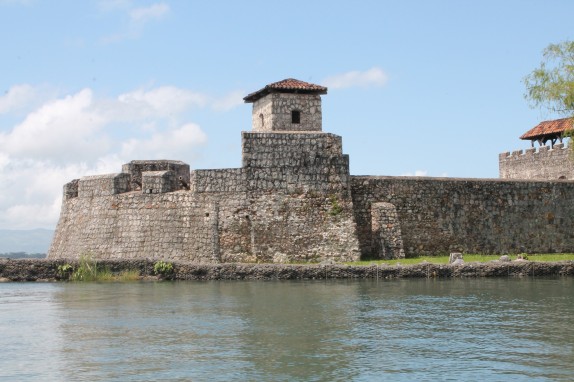 Lily’s Interview with Ms. Shirley, Captain of Speedwell of Hong Kong
TMS (Too Much Spanish)