You are here: Home › Fast, Furious and Fun Weekend 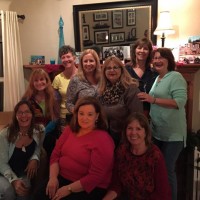 Friday night, we spent a really special night with Jan and Jeff. As soon as we arrived, Jan started mixing us an “Edna’s Lunchbox.” She got four chilled beer glasses from the freezer and explained that they were Granddad Stutz’s glassware. She poured up Coors light in each glass and followed that with a shot of amaretto and a half shot of orange juice. As she handed out the cold drinks, she explained that the drink was in the local headlines because of Edna’s recent passing. Edna was an Oklahoma City bar owner who was known for her signature drink, Edna’s Lunchbox, and for her spirited cha-cha up on the bar after having a few cold ones. Like Granddad Stutz, she loved her friends, loved beer and loved most of all to combine the two loves – friends and beer. Jan toasted her new friend, Michelle, her old friend, Kenny, Randall and I and friendship in general. And then we drank. Wow. Edna knew just what Coors Light needed. The following day, Jan taught us to play Nerdz. This is sort of Solitaire with boxing gloves. Basically, you all play at the same time trying to get rid of your stack by playing solitaire stacks in the center of the table. Lily loved slapping her cards down and giggled anytime she beat anyone to a play. Every time she laughed, Jan smiled and looked around the table to make sure we were enjoying Lily too. Randall and I were too busy trying to win. However, yeah, it is fun to play with a giggling nine-year-old. We played right up until a few minute to OU-Texas kickoff. At that point, Jan went over the rules once more. No talking during the game. If you fall asleep, you have to run around the house. And no namby-pamby worrying over the opponents’ injuries. Ok I just added that last one for fun. OU lead the whole game so there was a relaxed enforcement of the rules. 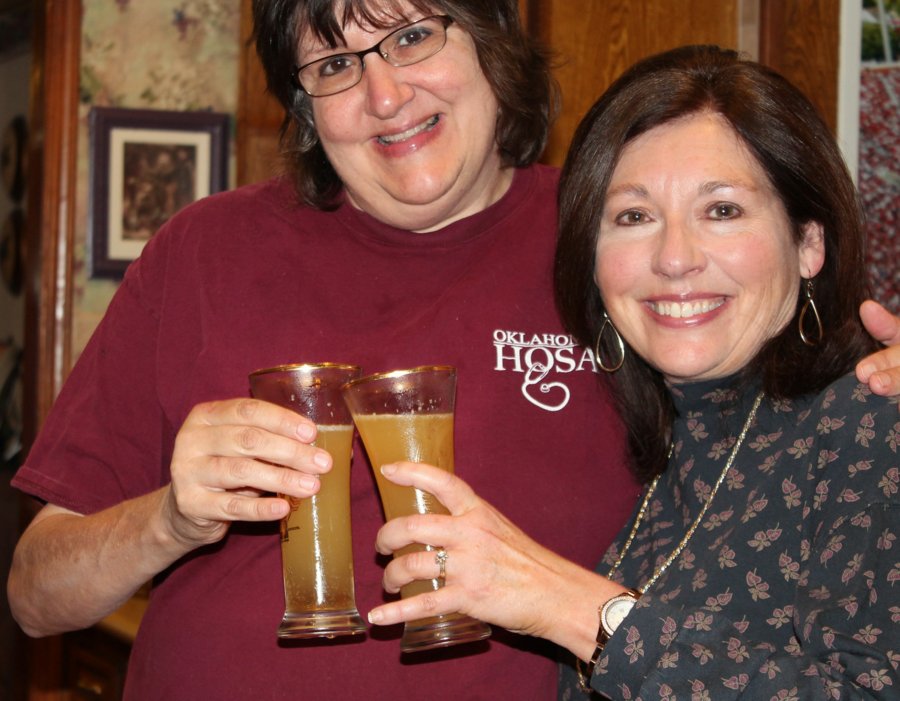 Jan and Celia with an Edna’s Lunchbox.

Saturday night, Michelle and I went to the much much much anticipated book club meeting this weekend. It was fabulous to see my good friends and for Michelle to finally meet them. They had a read a book of my recommendation “The Sea, The Sea” by Iris Murdoch. I was fascinated by Mr. Arrowby’s little story but did have a little thought cross my mind that he might not be everyone’s cup of tea. Well, apparently, he is some people’s cup of bile which could not be finished. They were disgusted and bored by Charles’s arrogance and insensitivity but very interested in what I found intriguing. I wish I had the book with me so I could go back through my favorite passages as there were many. Some day. I also took the little poetry fragment charms I have been working on. I choose the poem “The Honey Tree” by Mary Oliver for this project. I cut the poetry up into 15 equal lines and glued them on pieces of broken tile then decorated them with a little wire and/or beads. They turned out kinda cute, I think, for my first wire wrapping project. 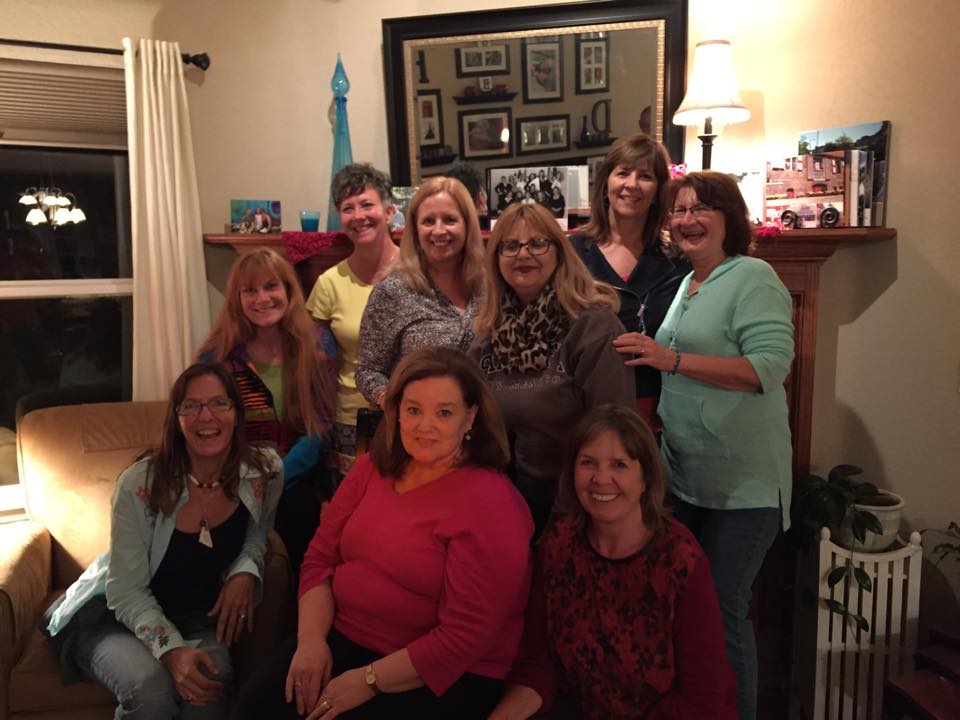 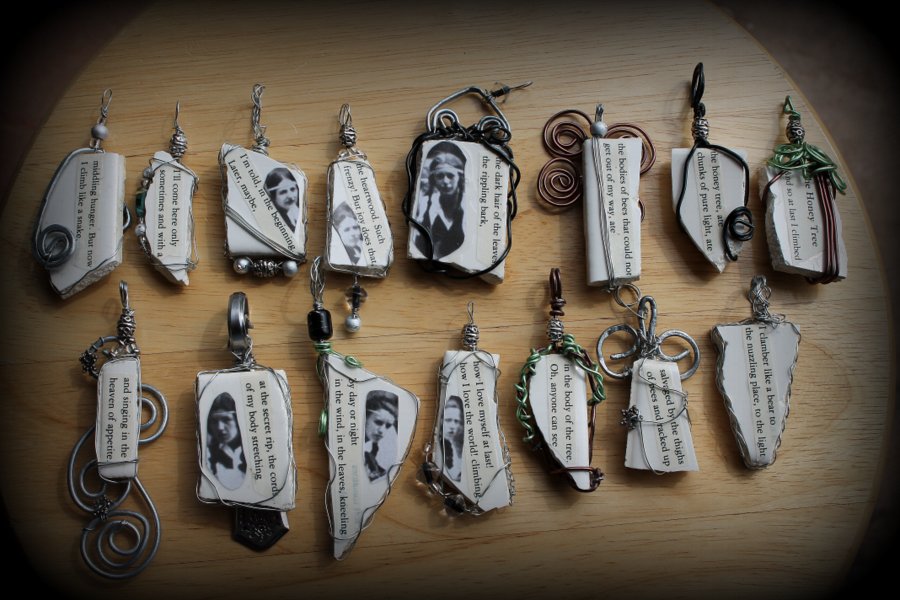 Poetry fragments from The Honey Tree by Mary Oliver

We spent the night with Carl and Faye and had a wonderful late breakfast with them and Toni and Danny. Toni had spent Saturday started her second annual fall beer brew so we are excited for another round of homemade brew around Thanksgiving. We played a few rounds of Nertz with Carl and Faye until time to leave for dinner. We headed to lunch at Big Truck Tacos to meet up with Darby and Nate. Darby and I haven’t seen each other in so long that we could have talked for hours. However, we had miles to go and a tired kiddo by this point in the weekend. We ate some great cerviche and tacos and then climbed back into the truck to head west into the sun. On the west side of the city, a bank of clouds started to grow darker and darker in the north. At Weatherford, the wind and rain hit. We had to pull over for about five minutes of small hail. The east bound lanes of I-40 had a couple of overturned semi’s and about ten miles of stopped traffic. It was good to finally pull back in the barndo and hit the beds. Monday, we played joker most of the day with Lisa, Mom and Dad while the cold wind howled outside. Tomorrow and Wednesday should be nice enough for us to get in a hike somewhere. We are looking forward to another tramp outside while Lily is out of school for Fall Break. 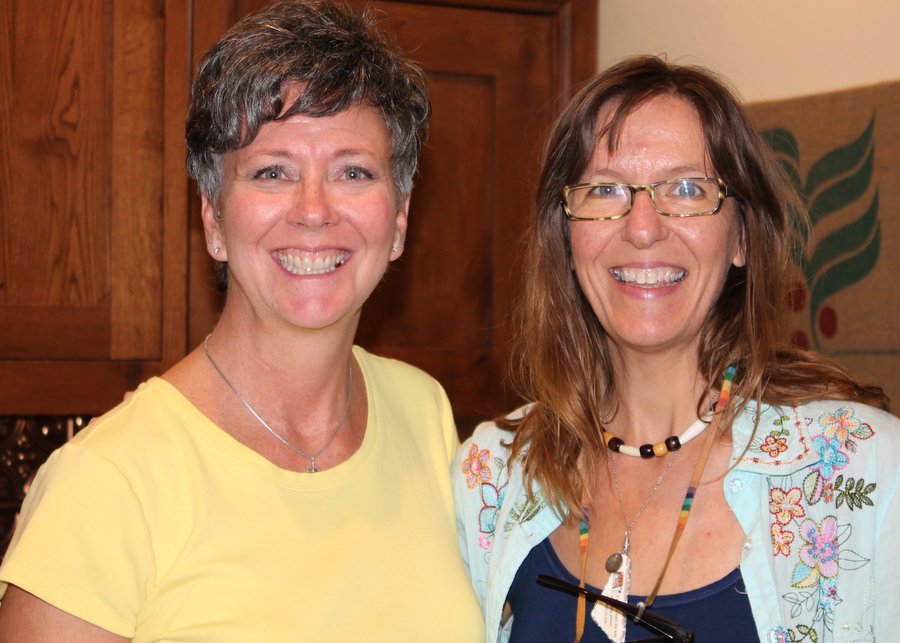 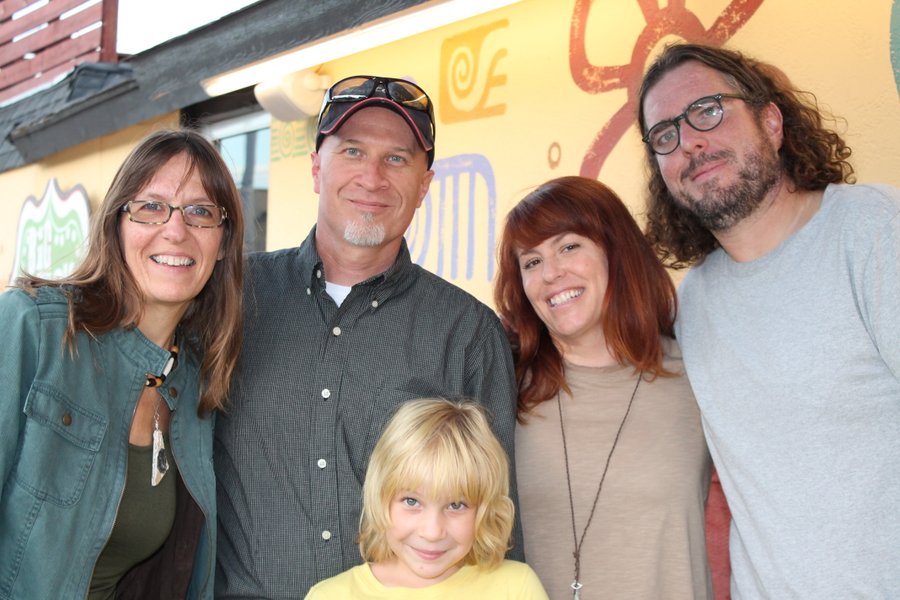 Us with Darby and Nate for an long overdue get together.

One Response to Fast, Furious and Fun Weekend