We spent last weekend cooped up while Debbie poured down from solid grey skies. We knew it was coming so Lily and I got out a 300-peice puzzle and spread it out on the salon dinnette. I was eagerly flipping pieces of sky, flowers and blue waves when the first drop fell.  The first of many.  Drip. Drip. Drip. Right on the blue sky, flowers and waves of some picturesque New England seaport which looked nothing like our own at the moment.  Randall wasted no time getting the headliner down from the cabintop to determine the source of the leaks. As the water swept down the gunnels and the puzzle pieces got smudgy, we tracked most leaks down to the electric cables going through the cabintop from the mast.  The fix would have to wait for fine weather but Randall wrapped a towel around the base of the mast which helped some. The rain continued for hours past puzzle completion and past chapters and chapters of Anne of Green Gables. Finally, an afternoon break in the rain let us get off and stretch our legs. It had seemed so deserted around us but we found the marina office buzzing with activity. Two boats almost broke free into the fairway and a dock ramp was refusing to adjust to the new water height. Outside the marina, a boat in a nearby anchorage had drug anchor and had to be secured to the seawall by a couple of hardy types out during the worst of it. Discussions ensued on whether to claim salvage rights. It was the general opinion, if the owner didn’t care about her, she probably wasn’t much of a salvage prize. The respite from the rain passed and we climbed back on board for more wind, rain and waiting. 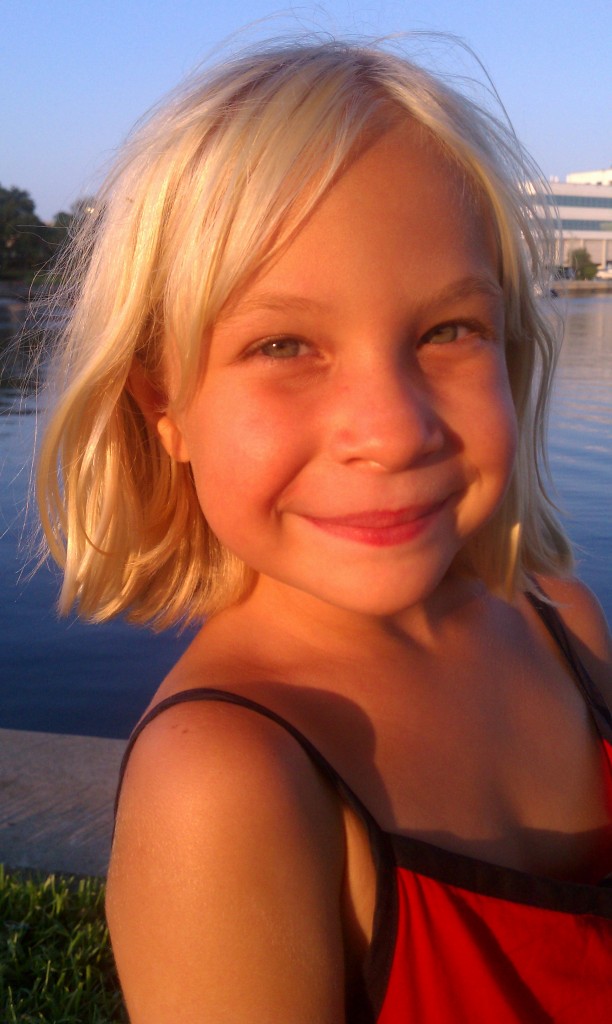 By Wednesday, we were free of confinement but clouds and gusty wind whipped about. Thursday and Friday were beautiful. We went swimming at the pool under full sunshine and took long evening walks, basking in fresh air and freedom. Last night, we returned from dinner out and grocery shopping to a packed house at the Bayboro Cafe, the marina-based bar and grill. Live music was playing so, despite our groceries, we found a perch on the fence to listen. The crowd was a happy one and it suited us to sit and people watch from the perimeter. Lily was dissatisfied with being an onlooker. She grabbed a hula-hoop and scouted out a suitable clearing which did not upstage the performer but still guaranteed her a bit of an audience. As we discussed why more establishments don’t provide complimentary hula-hoops, Lily displayed her very unique style of hula-hooping. She was soon joined by a sweet little toddler who added a bend-at-the-knee dance while a smile peeked out from behind his pacifier.  After he toddled away, an older, more accomplished hula-hooper came to demonstrate the use of the hips in a proper hula. She was graceful counterpoint to Lily’s wild rumpus. Both styles suited each hula-girl and the music and Lily’s peals of laughter made it a lovely evening to remember in the next downpour. The weekend is now devoted to prepping Foxtrot to leave for a few months while we trot around Houston. Hopefully, hurricane season is more tropical storm than hurricane, more hula hoops and sunshine than rainy confinement.