We met up with Lauren and Floyd at the bow of their boat. Lauren was tightening the anchor chain to the freshly forged anchor bling while Floyd stood on the dock to look over the bolt down options.  “Isn’t that sexier than socks on a rooster?”  Floyd boasted.  I am painfully literal so I had to picture a rooster poised cockily in white booties.  “I can’t decide,” I conceded.  Yes, caught between Floyd’s flavorful power of description and Lauren’s Bullshit-Me-And-I’ll-Hand-You-Your-Ass tact, I feel on conversational edge lately.  But in a fun way.  I mentioned to Lauren our quest to find Jake an RV to live in before leaving Houston.  “Really,” she replied, her forehead creasing in skepticism. “One of our buddies in Seattle got into stainless steel shovel fighting after moving to a trailer park.” “Got into stainless steel what?” I queried, trying to suppress my habit of taking things literally in case this was a euphemism for some emerging criminal activity of which I was unacquainted.  But no, apparently, the trailer park is known for nightly bouts of the type of shovel-to-shovel combat of which, I guess, aluminum is unsuitable.  You know these trailer parks by the proud display of weaponry piercing the ground near the hitch.  Did you hear about the guy who showed up for a shovel fight with a rake? Anyway, we plowed through enough food for a Cuban barrio last night at Pipo’s peppering them with questions about why to cover your body in expensive but still inadequate foul weather gear and venture to Alaska and how much to believe of some of the well-known cruisers’ blogs.  (Inexplicable beauty/cruisers who appear to have their shit together don’t always mention knife fights between cruisers over who controls the tv remote at the local cruisers’ bar).  Meanwhile, Archer, I suspect, is schooling Lily on how to lay waste to any “This Is Fun Stuff” parent-lead homeschool effort.  When, not if, I get to feeling too dim-witted around this family, I casually throw in “How’s that homeschool’n going today?”  They shake their heads. Glares are shot around. There is a running joke about boarding schools in Scotland. Floyd waves a hand dismissively. “They all catch up at some point.” Yes, I nod excitedly. We all catch up at some point!  That point may be, well, in the nursing home but we all catch up some day!  I picture myself telling a story, the audience rapt with attention.  We are in wheelchairs.  My audience is nodding off but I have two or three whose filmy eyes are upon me.  “Sexier than socks on a, socks on a.  Uh. Oh dammit, never mind.”  They look at me in confusion and I mumble to myself, “Maybe we don’t all catch up.” 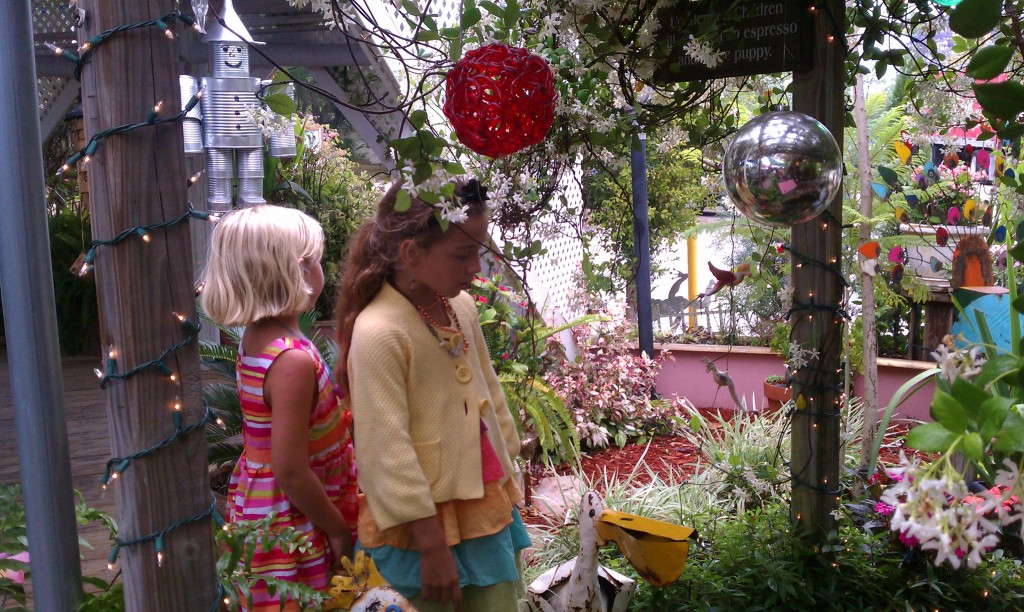 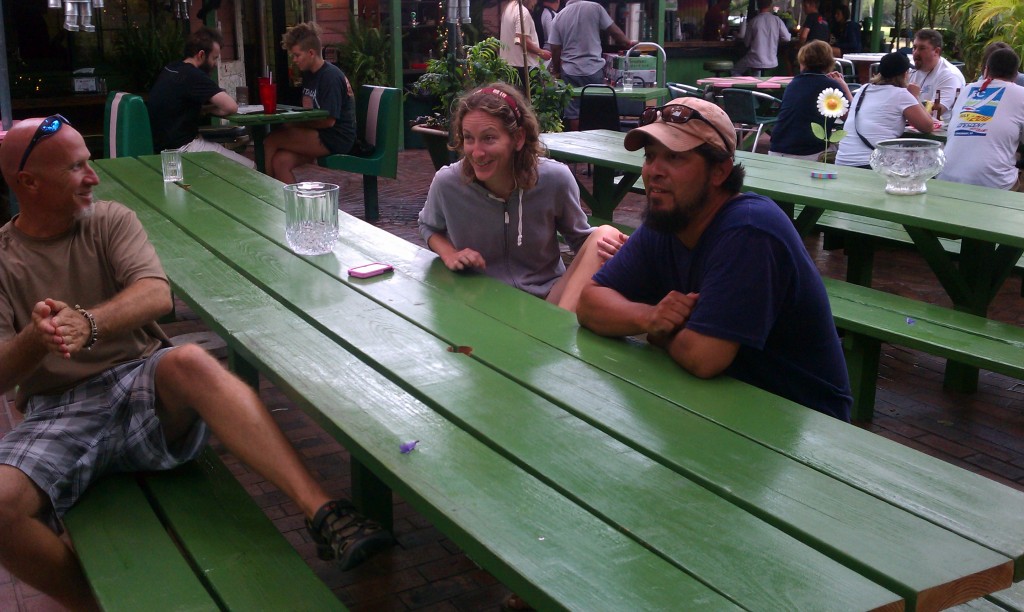