We’ve been away six months and so much has changed. One the first day we arrived, Lily went on a marina kid hunt. We already knew that several of Lily’s Harborage buddies had moved on down the coast or back home to their other lives. However, Lily was hopeful that there would be new kids to meet and was on the lookout for such telltale signs such as small shoes sitting near dock steps or Disney-themed beach towels drying in the cockpit. Instead, she came running back from the kid hunt yelling, “Come see the alligator!!!”

We made our way to the spot of the sighting but the Gator was gone. On the way back to the boat however, we spot  two beady eyes poking just above the water’s surface. It was a very small gator, maybe 3 – 4 feet, which froze in its spot several yards off the dock to assess the threat we posed. Eventually, he turned around and headed away from us but we ran around to a different dock and ended up getting a more up close look at his reptilian body beneath the water and his four clawed feet gently paddling forward. Ms. Jane, watching me from the upstairs office, called down, “Do NOT get any closer!” Oh my! I backed off but I’m bummed I didn’t get a better picture. Gator was in the shadow of a boat when he was closer and the pics didn’t turn out. Lily says that the Gator she originally saw was much bigger and, sure enough, there are reports around here of a ten foot gator hanging around. The Gator wrangler has even been called in but, so far, has not snagged anything in the big Gator lasso he carries around.

We got Lily signed up for the St. Petersburg Yacht Club Sailing Camp so, this week and next, she spends every afternoon in the Opti 1 sailing class. So far, they have practiced the square knot, the figure 8 knot, handling the tiller, flipping and re-boarding an overturned boat and where the sailing no-go zone is at. The few pics I have taken have been from too far away to make out anything. Hopefully, I will get some better ones the more the class is out on the water. She is loving sailing class though and we can’t wait to see her out sailing her own little boat at the end of next week.

Lastly, Randall spend the most part of the first week here repairing the brand new dinghy motor. Turns out, Randall was right when he said we should run the gas out of it before leaving in back in February. Only we didn’t. It took Randall three times of taking the carburetor off and on with cleanings in between to get it running. Dave of SV Abundance helped out on the initial breakdown since Randall has never had the motor taken apart. We went out to eat with Dave and Yvonne at The Acropolis last Friday to celebrate getting the motor running again. We also bought a new Mercury Dinghy and have taken a couple of rides around Bayboro and up Salt Creek to test it out. It floats (yah!) but doesn’t plane out with three of us aboard (oh well, who’s in a hurry anyway … unless we …spot … a … um, nevermind). 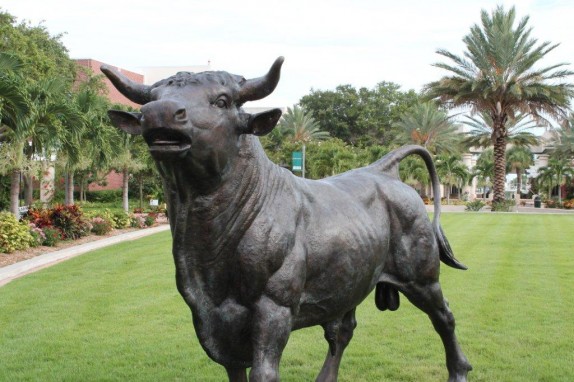 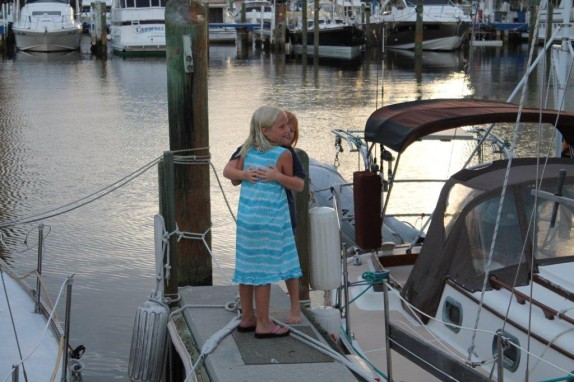 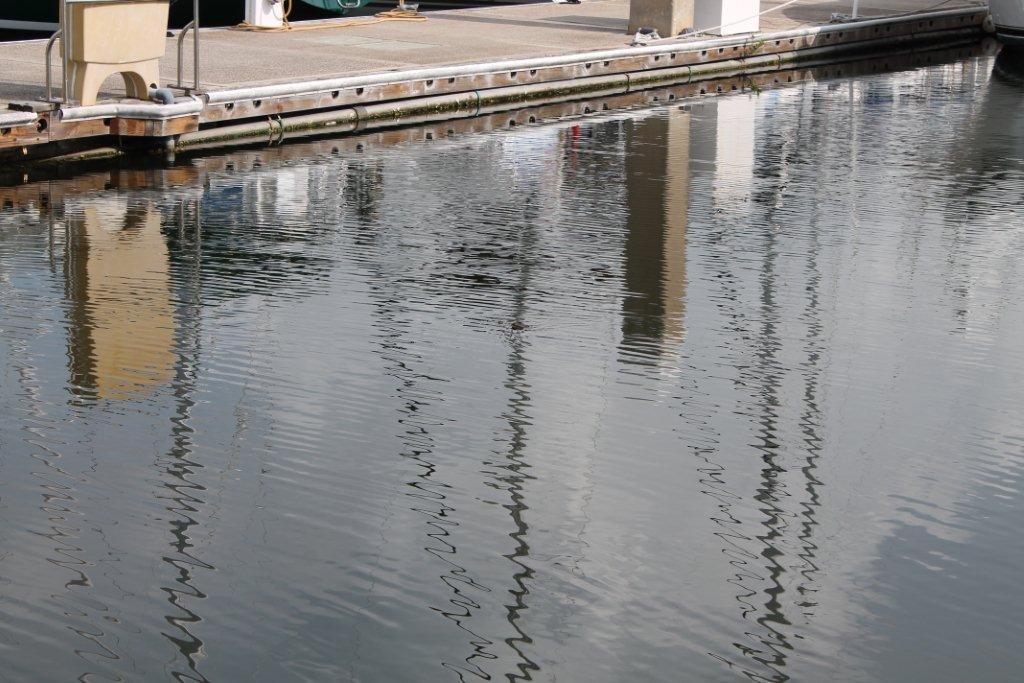 Look closely for the Gator Eyes

Sailing on SV Blue Bonnet
Back To Homeschool Countdown

2 Responses to Finally Back To Foxtrot