You are here: Home › Guatemala City and Back to Rio Dulce 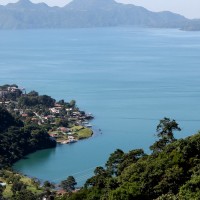 After so many bus trials, we opted for a private shuttle from Lake Atitlan back to Guatemala City. Coming in by Chicken Bus, we had been so focused on the tranquil lakeview below us that we completely missed the waterfall tumbling down the side of the volcano on the inside of the narrow road. On the return trip, our driver stopped at the waterfall so we could snap some pictures both of the waterfall and of the loftier view of the lake. The rest of the trip back to Guat City was uneventful. When we arrived, however, our driver was a little uncertain how to find our hotel, Los Torres. He stopped for directions which had something to do with retracing the previous circle he just made. We kept trying to tell him which streets to take but he seemed a little hesitant to follow our directions. 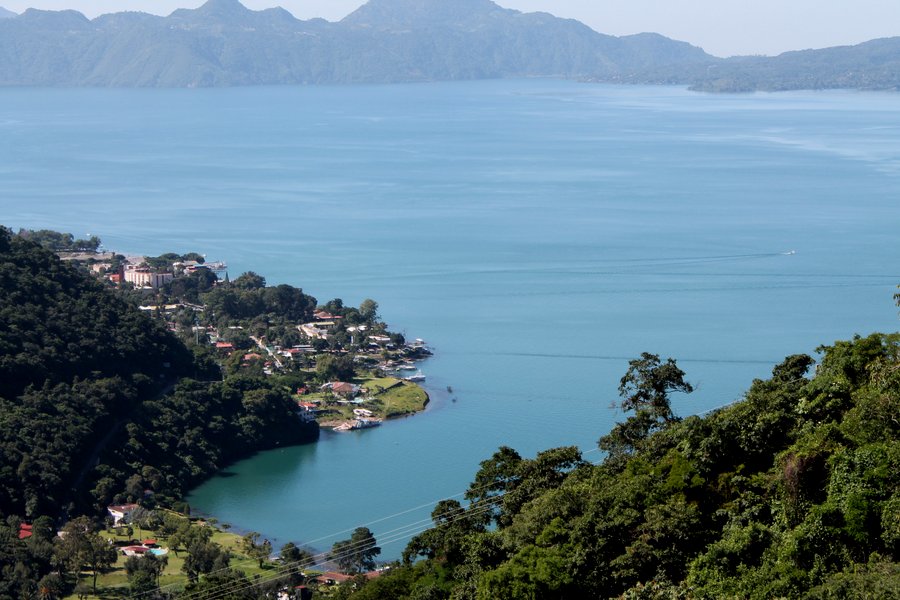 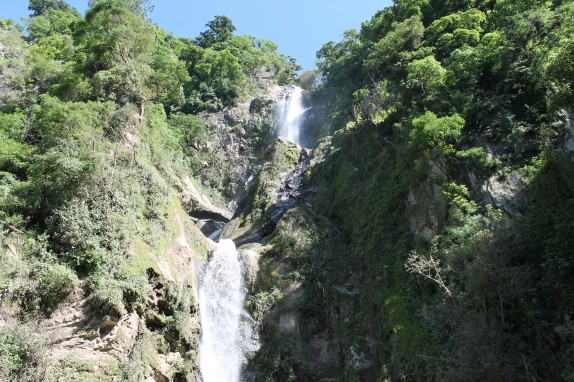 Would have loved to jump in and catch some spray.

Los Torres is a small hotel in Zone 10. Zone 10 is the nicest area of Guat City where it is generally thought to be OK to stroll around and see the sights. Los Torres also has a nice little rooftop terrace and free shuttle service to the airport and bus station. We didn’t know about either the shuttle service or the rooftop terrace on our first stay here to pick up Toni at the airport. So, Thanks Michelle, for saving us the present and future cab fares from Los Torres. She can’t believe we didn’t know about the free shuttle and we can’t believe a $22/per night hotel has free shuttle service (cheapest room option/better rooms are $55/night). We had dinner at Chili’s and breakfast the next morning at McDonald’s. We are all for food exploration but, by this point in the trip, convenience and budget was working their way to the top of the factoring concerns.

The next morning, Toni headed to the airport and we headed to the bus station for the ride back to Rio Dulce. Sure enough, the heat was still there waiting for us and we quickly changed into shorts so we could stand to unload our dirty clothes for the next’s day’s run to Backpackers laundry service. We sat looking at pictures while drinking the three cold Modelos we somehow left behind so many days ago. Here are some additional highlights which did not make their way into my hastily worked up previous posts:

Lake Atitlan
Ketchup with This Catchup