You are here: Home › We have gathered here today to remember the life of Crabby…
October 23, 2012 in All Posts 0

Randall, Floyd, Lauren and Archer scouted out Don’s Salvage yesterday. We are still in search of a whisker pole but have not stumbled on to the right size yet. They ended up finding more to buy at a local Italian deli and coffee bean roasting establishment. They brought sandwiches, brownies and chocolate-covered bacon home for lunch. You read that right – thick sliced bacon dipped in dark chocolate. Is there nothing chocolate does not complement?

After lunch, we grabbed beach towels and snorkel gear for a trip to Fort De Soto Park. The water is starting to get a little chilly but, as long as the sun is shining, it is nice swimming and perfect beachcombing. We built a well fortified, slightly mosque-like, sandcastle. A recently deceased crab was discovered in the surf and now rests atop his mausoleum of sand. I am sure one brave gull will swoop down and steal the Crown of Crab from our edifice. We moved on to the end of the peninsula where the girls were loaned a net for minnow catching. There were thousands of inch-long fish darting in the shallow water. A bubbly English lady said she had been coming here every summer with her net and never netted a single fish. Archer interrupted this comment with, “Got it!!!” Lily had a catch quickly after. The woman shook her head in disbelief. “Not one in all that time,” she repeated. 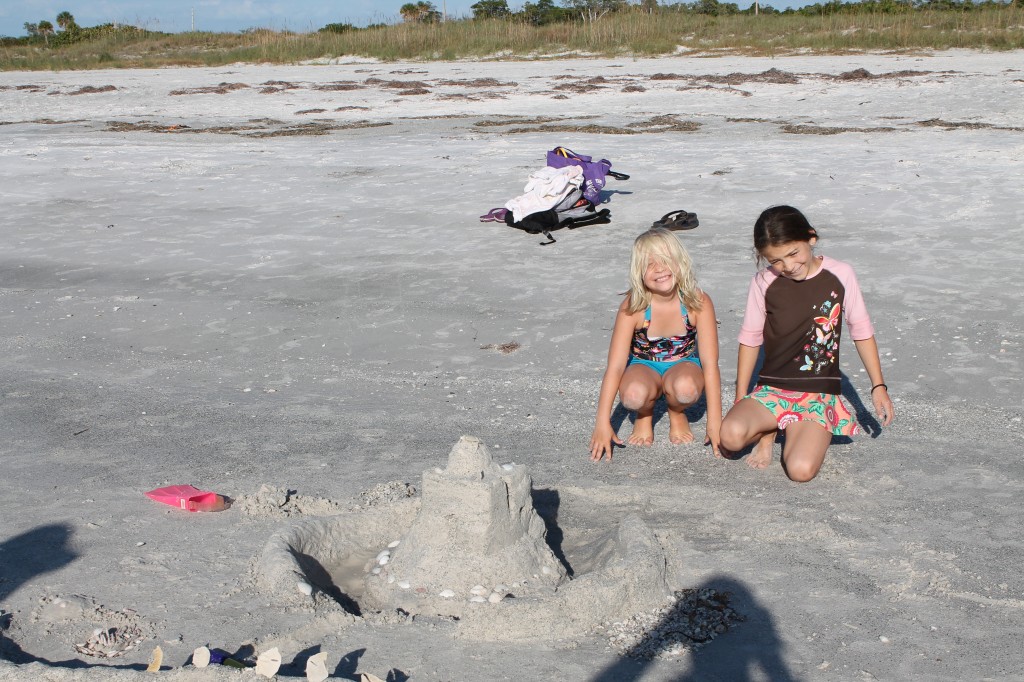 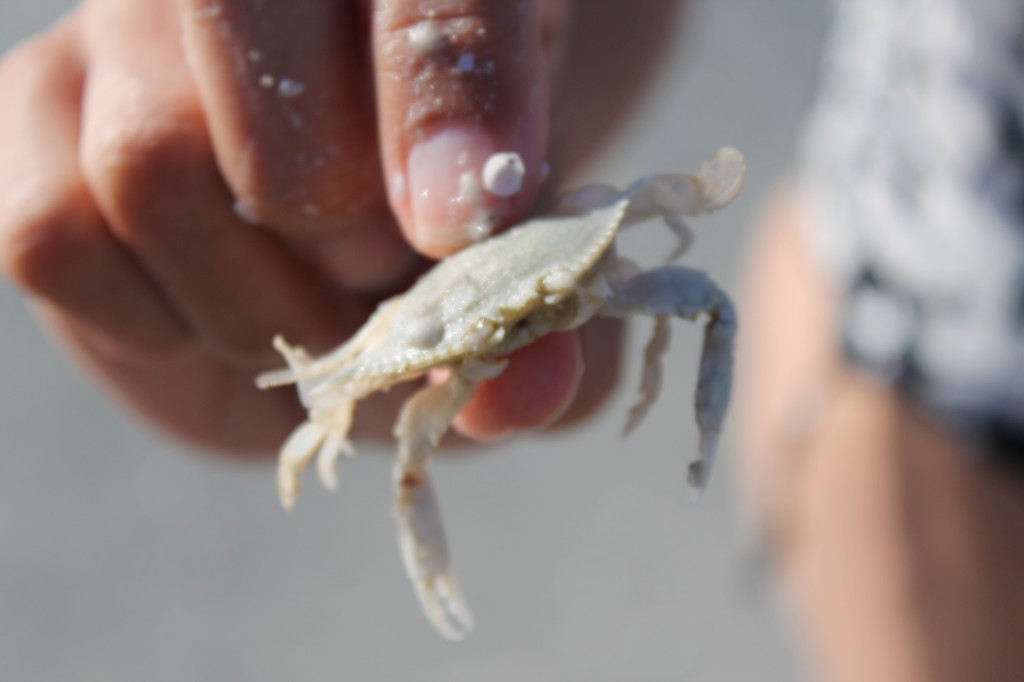 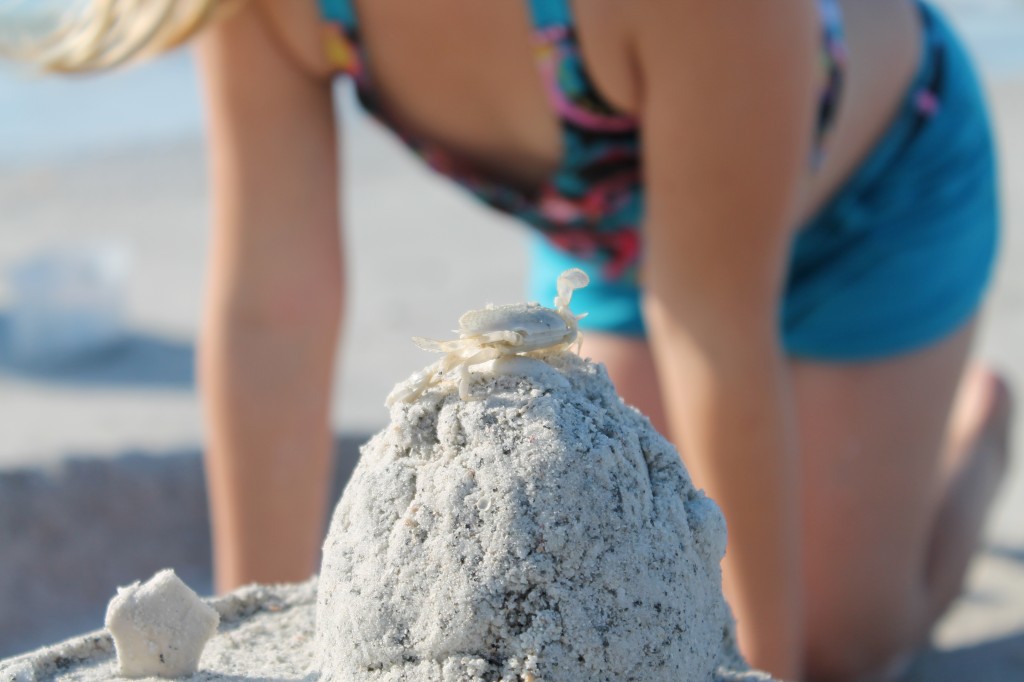 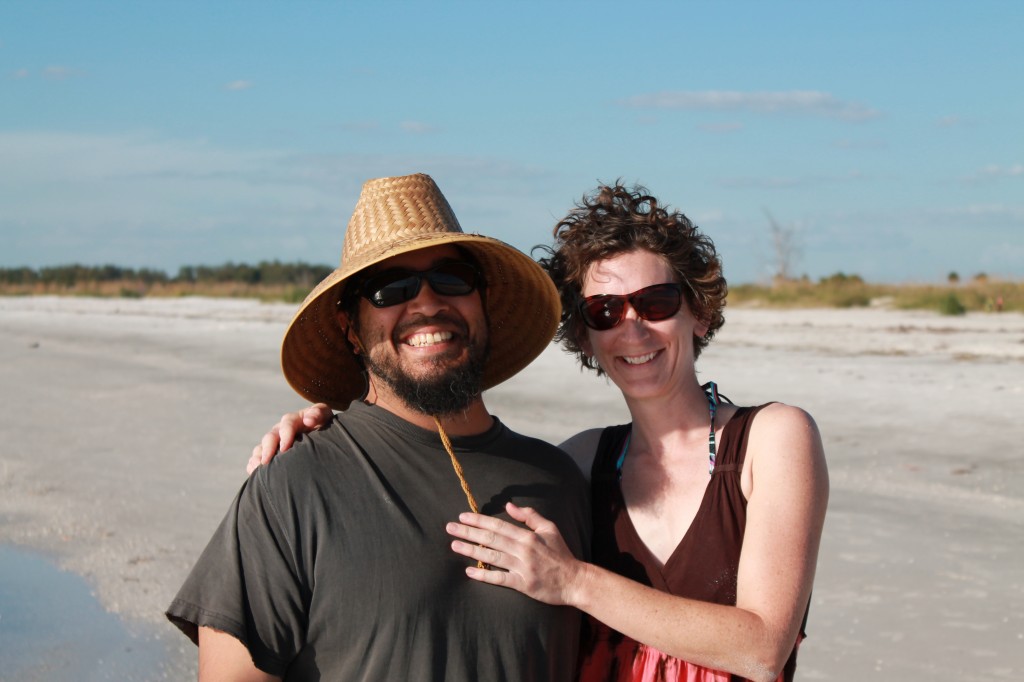 Sunken Gardens – St. Petersburg
It is Hard Keeping Up With A Zombie