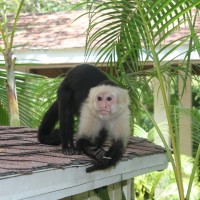 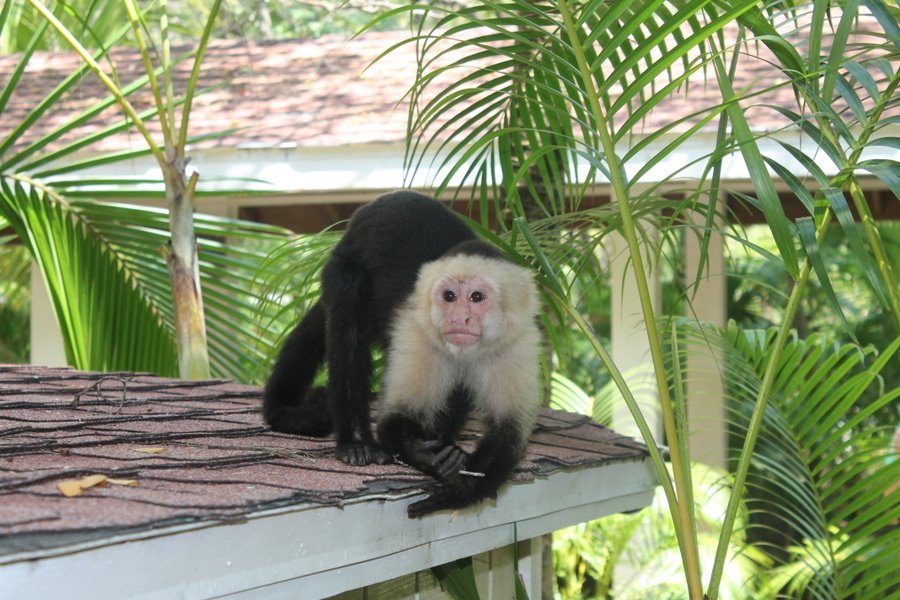 Eat the ice fast! It will melt!

The adult monkeys bite hard but the kid monkeys bite softer. I have had several encounters with monkeys who bite me. The first time was when my friend who was with me closed the door of the monkey cage and the monkey on my back bit me and pulled my hair. The monkeys here can raise and lower their eyebrows. Two of the three stay together and the other one is alone. The monkeys seem to like the chicks we have here. I had to hide a chick from one of the monkeys. The monkeys are very inquisitive. 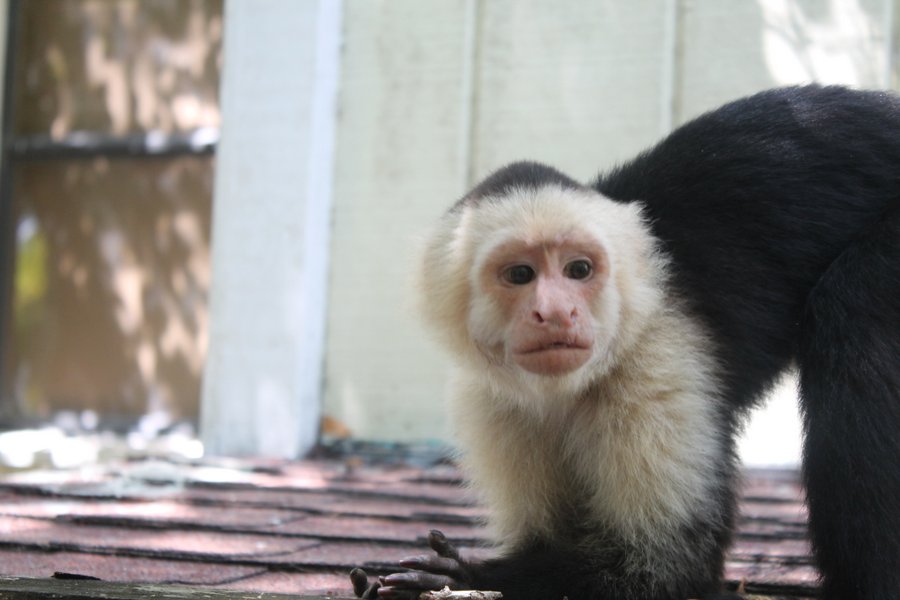 I liked the iguana tour because I got to feed the iguanas. Also there were parrots that could talk. One whistled and said hola. I taught one a quail call. There were also four monkeys two kids, one in a separate cage. The monkey was as big as a four year old. There was a pretty yellow and golden one. He was asleep on a pair of jeans. 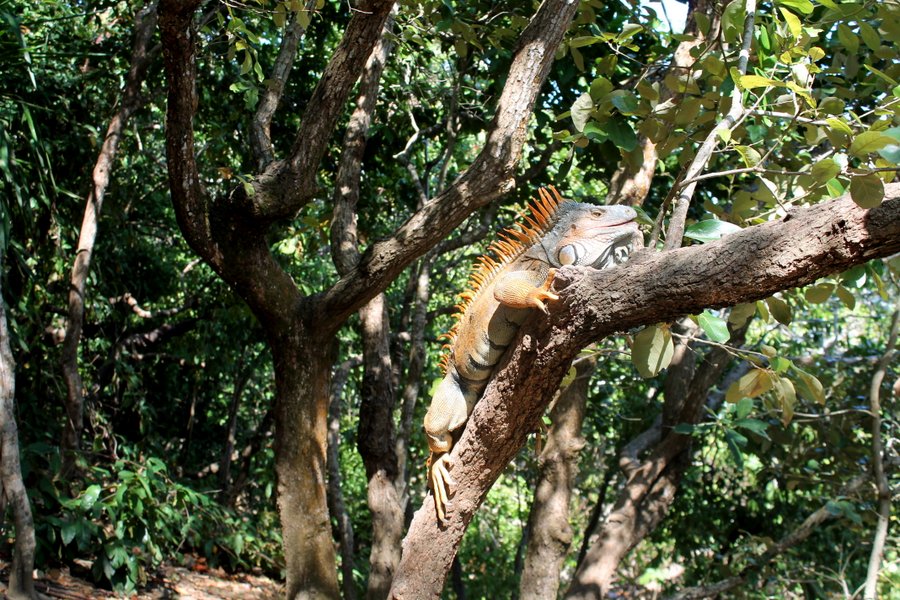 You have to look carefully in the trees to see all the iguanas. 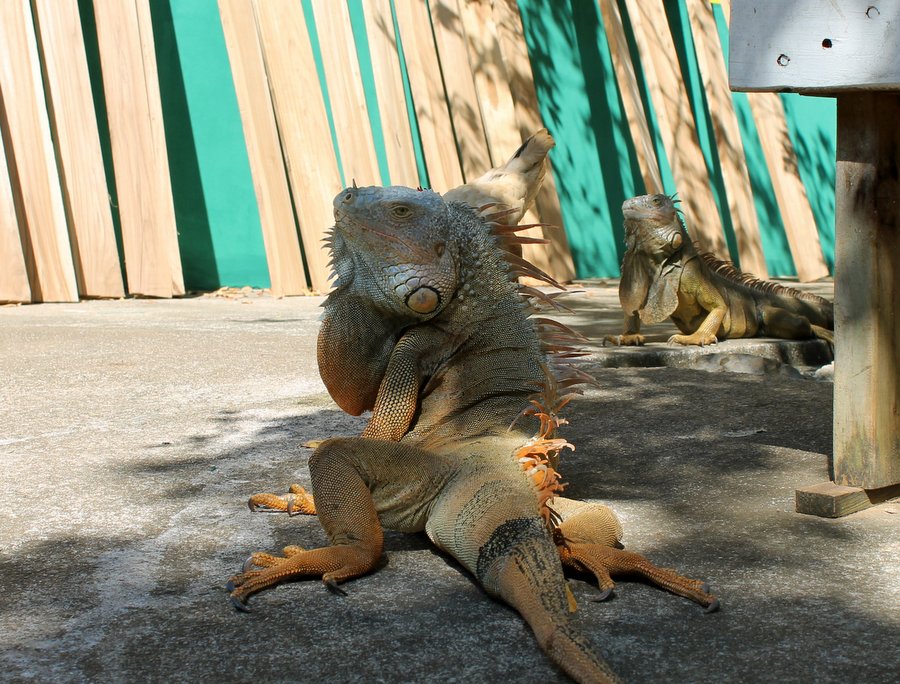 I got my eye on you.

There were 1000 to 2000 inguanas at the iguana farm. Mamaw did not go but stayed on the beach. She said she would not have liked it. 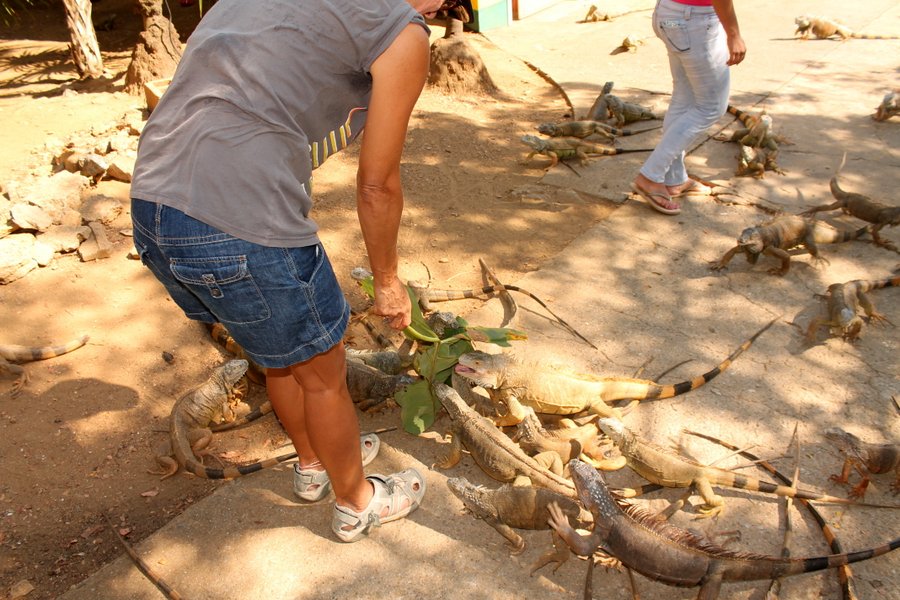 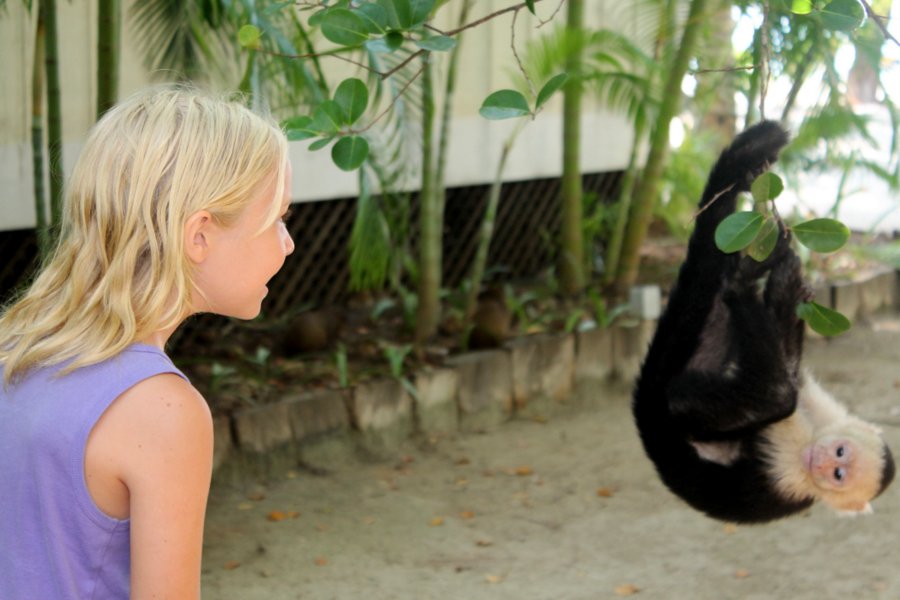 Sweet little monkey, get on my hand. 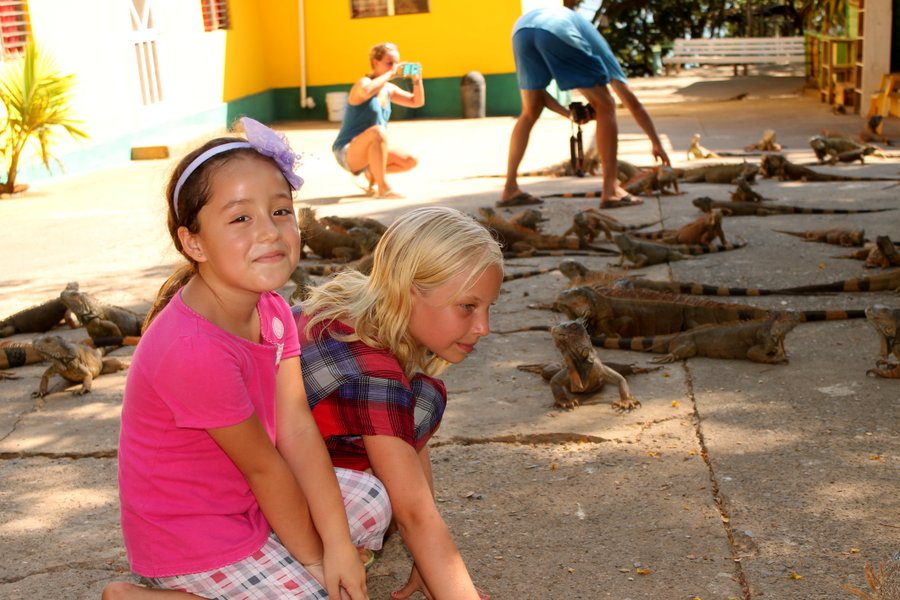 Leave a Reply to Tammy Click here to cancel reply.