You are here: Home › Four Gallegos! 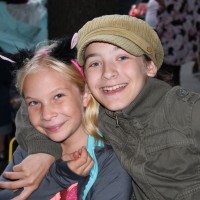 We left Jake and Kelsey last Wednesday. They were headed to Canada for a quick visit before starting a new job at Orcas Island. We headed south to see The Three Gallegos – Floyd, Lauren and Archer. We met The Gallegos’ back in St. Pete’s in 2012 and in Key West in ’14 so it was high time for an East Coast meet-up. 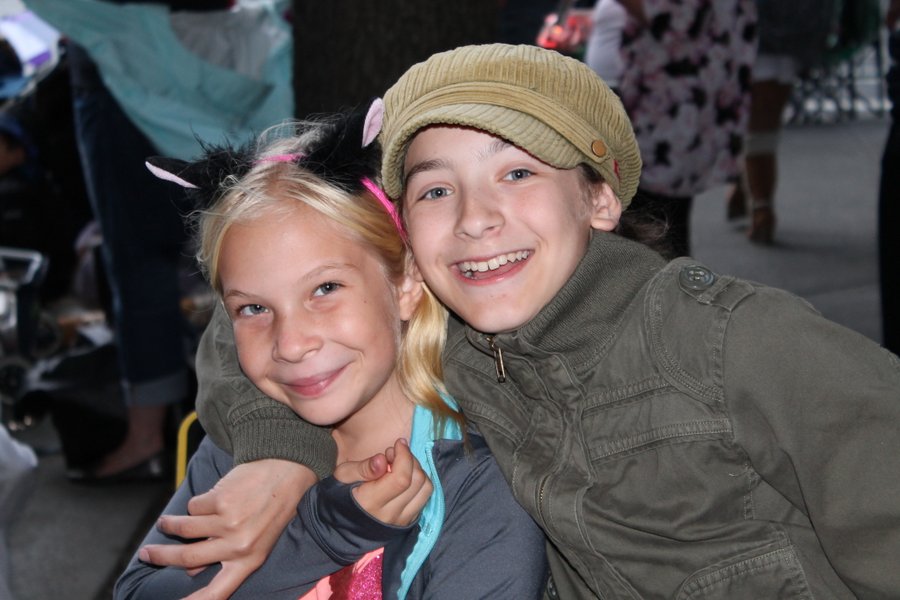 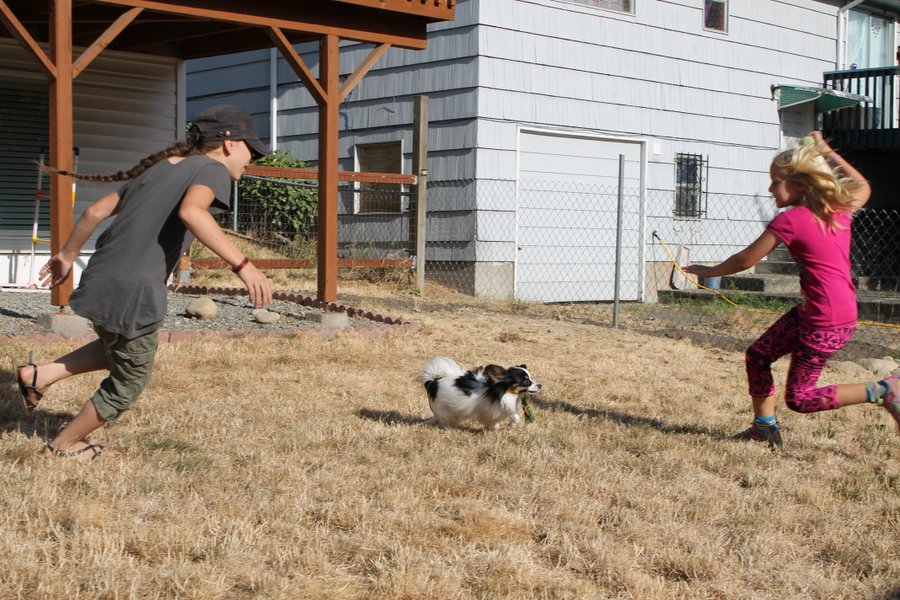 First off was introductions with Arrow, the newest and fourth Gallegos. Arrow is a black-and-white Papillon who is being trained for the Gallegos Lifestyle. Skills must include skateboarding and jumping into a dinghy. Not just any dog could cut it. However, Arrow is spunky enough for the position. Lily and Archer chased him hours on end while we visited and rarely caught him without a handful of positive reinforcement morsels. Who is training who? Not sure. 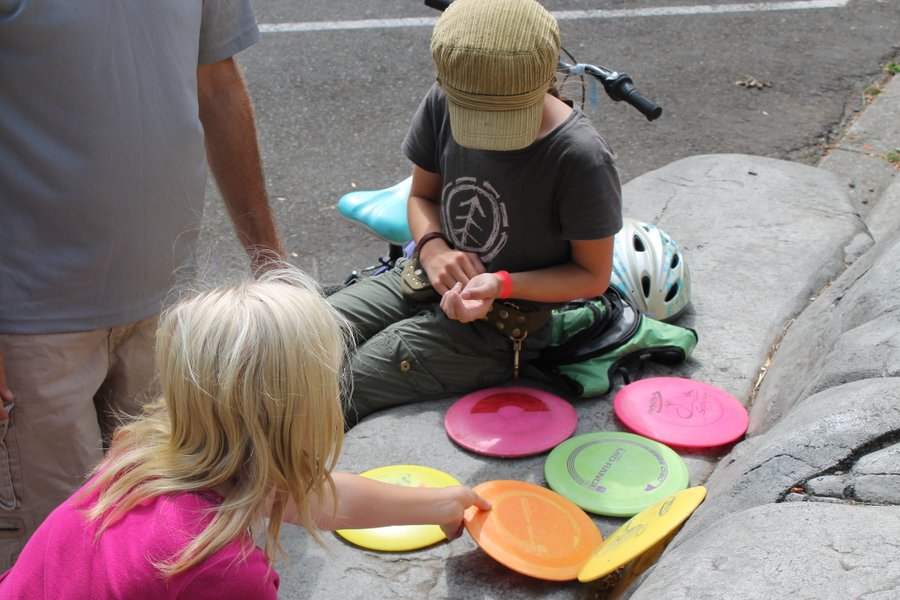 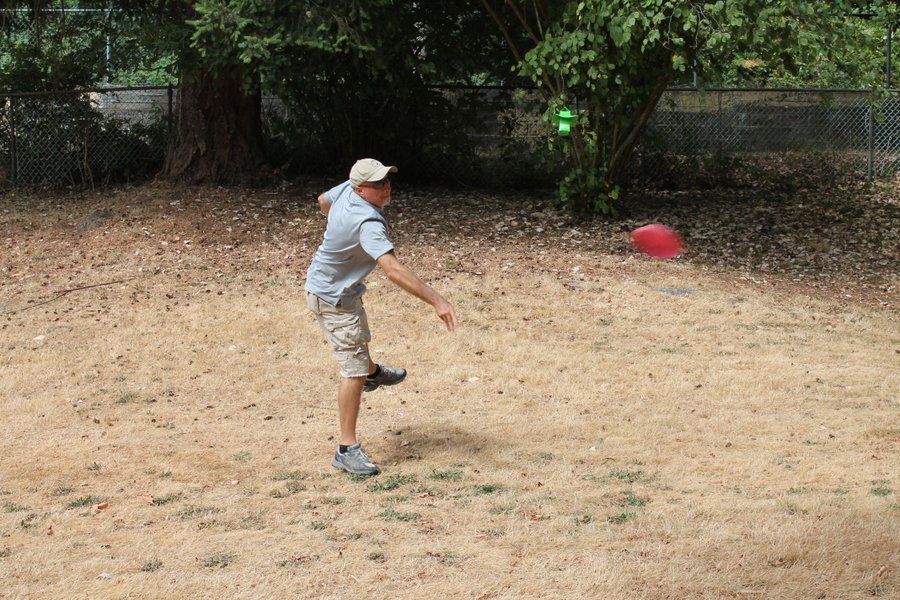 Randall has got the vertical disc throwing form down but the trajectory is still erratic.

Archer, being the perfect host, had a list entitled “Things To Do With Lily” she was working on with intense thought. After we took a tour of their basement apartment (like us, they are into small living while their larger space is rented to supplement the cruising kitty), we reviewed the 12 enumerated activities.  What to do first?  Although The Pinball Museum sounded kind of strangely nerdy, Floyd and Archer assured us it was fun and neither are much for boring tours of musty relics. You pay one price and have unlimited pinball playing on all types of pinball machines – from simplistic antiques with tiny, slow-to-respond flippers to classics like Indiana Jones and PacMan. Plus, it was located in Seattle’s downtown Chinatown. We played for hours and then walked across the street to a randomly chosen Chinese restaurant. I wish I had taken more pics at The Pinball Museum but the proprietor frowned a little at my camera and asked me avoid featuring the machines themselves. I guess pinball gaming is a bit secretive and they like to keep people guessing about what treasures sit waiting. 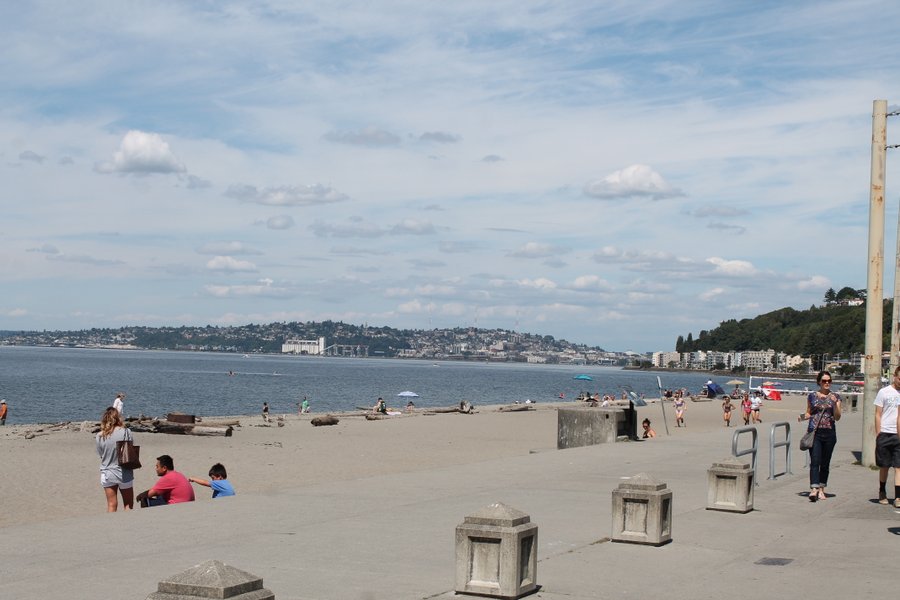 Alki Beach with downtown Seattle in the background. 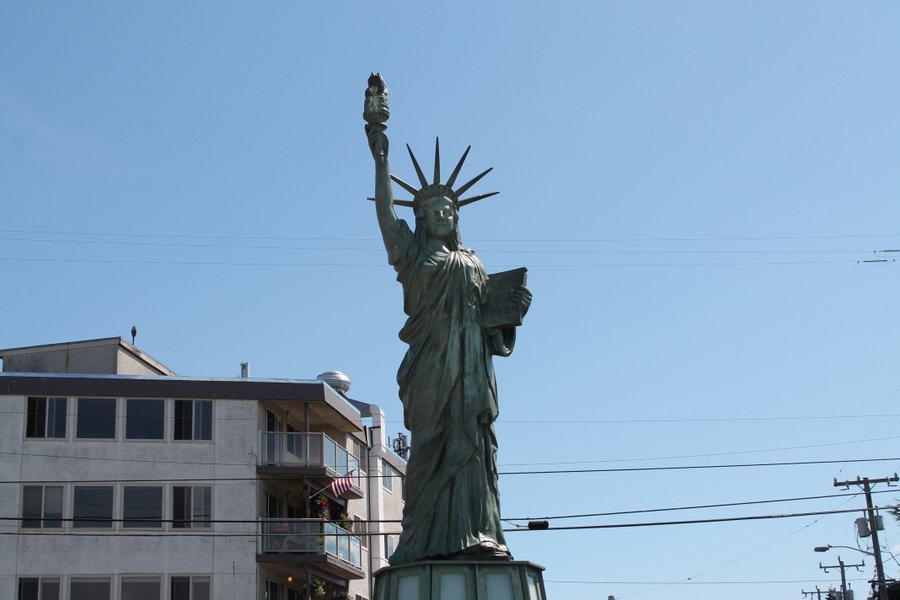 Alki Beach has a Statue of Liberty replica. It wasn’t immigration via the ocean but this place is quite a melting pot, too.

The following day was sunny so we biked down to the neighborhood disc golf course to play a few rounds. I had no idea that that disc golf actually required putter, mid-range and long-range discs. I would have shown up with a frisbee had Archer not been well equipped to outfit us all with gear. We played long enough to determine that putter, mid-range and long-range discs could all be thrown into the overgrown weeds and sticker bushes lining the fairways. I think only the long- and mid-range ones are capable of decapitating a innocent bystander. We left before anyone got hurt. We spent the afternoon at the Alki Boulevard beach area. There were lots of people hanging out in the sun but only a couple of kids were in the water and then only ankle-deep. We have never spent much time at any beaches this far north and it kind of shocks us to feel the water even thought we know it will be cold. We strolled down the beach with some ice cream until Lauren called with news that we had locked her out of the house. We scrambled back to their house to let her in. Thursday night is free music in the park night so we sat on the lawn of Floyd’s old high school and listed to a folk singer while the girls rode their bicycles round and round the park. We topped that off with a drive up to the neighborhood look-out to watch the sunset fall on the landmark Space Needle and then grabbed roasted ears of corn with excruciating chile seasoning from a food truck on the way home. 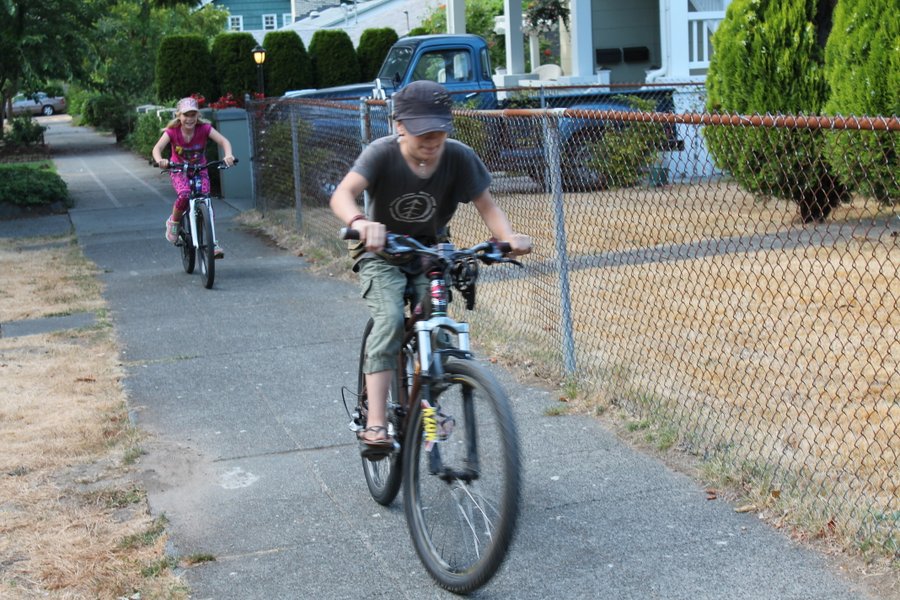 Lily is testing out Archer’s bike to see if she is ready to graduate to gears. Affirmative. 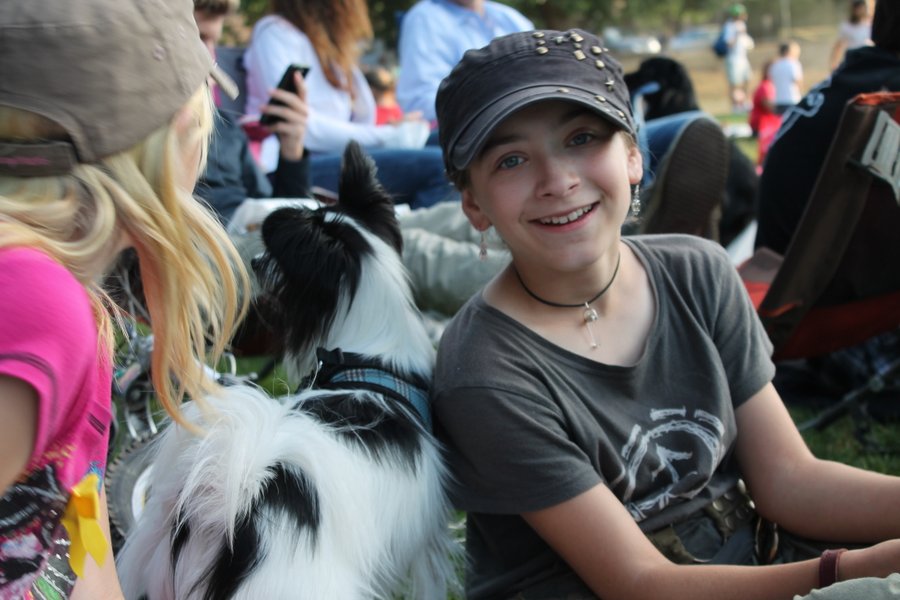 Archer in her trademark hat.

Archer had a invite to a birthday party at a local amusement/waterpark on Friday. Having felt the cold water at the beach, we were a little hesitant about the waterpark amusements. Plus, the skies were a little more Seattle-cloudy that day and even dropped a few sprinkles on us. We spent the morning riding roller coasters, spinning disks and bumper cars. After a late lunch and a few more rides, the girls decided is was warm enough for the water park. They played in the wave pool and then spent a few hours hitting various water slides. They were cold to the bone when they got done but had a blast. 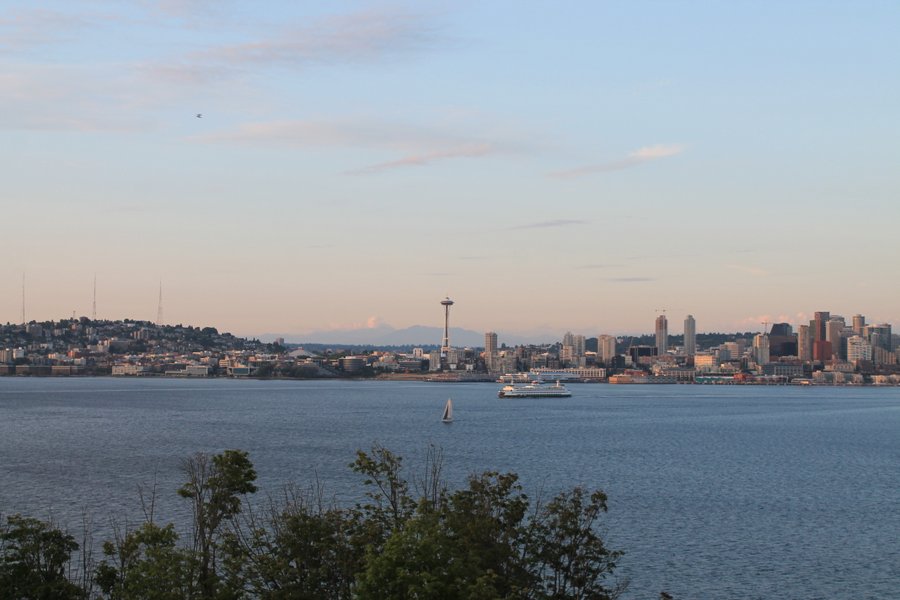 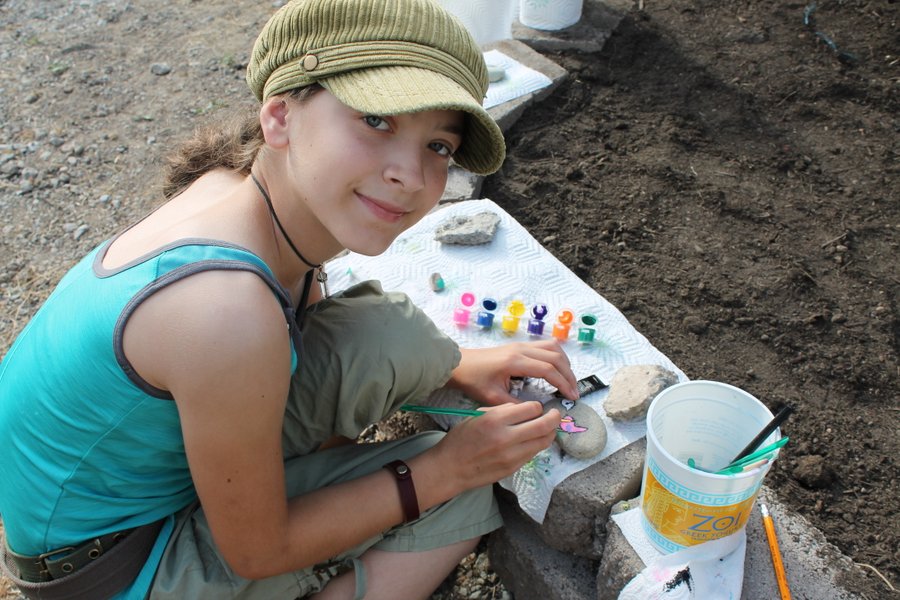 Painting rocks for the Fairy Garden.

Saturday, we spent a few hours helping them finish up an extension to Archer’s fairy garden. The girls needed a morning to sleep in and the guys also had to do some trailer loading for Sunday’s 22-mile Bike trail and tunnel ride. The Gallegos and a bunch of their friends had been planning a long bide ride for months. We got to tag along and so Saturday, Floyd and Randall met up with Dietrick and Ben to get the 22 bikes loaded up in a trailer for tomorrow’s ride. Since we were parting ways after the trail ride, it was our last night parked in The Gallegos’ back yard. However, we got done with the bike organizing just in time to head downtown for the Seattle Torchlight Parade. Archer and Lily had a great time mostly because they bought a couple of noisemakers to blow. Since I have tons of Sunday’s bike ride pic’s, I am making that a post for tomorrow. 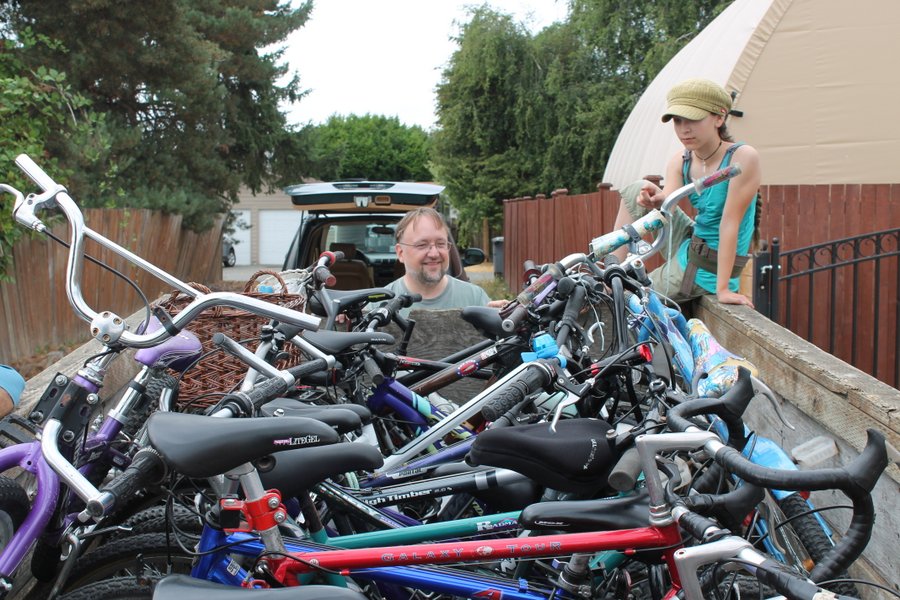 22 bikes with no room to spare.

Adding to the parade music. 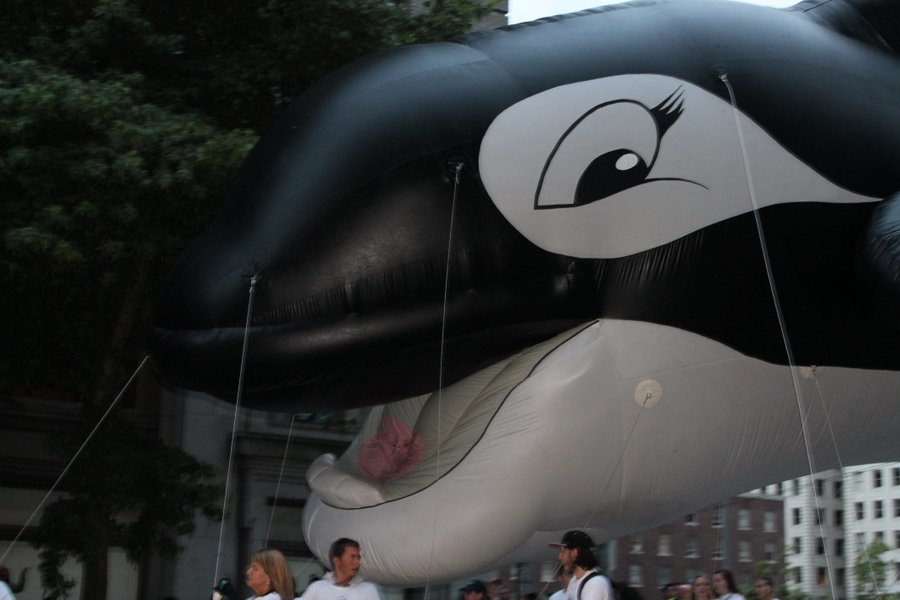 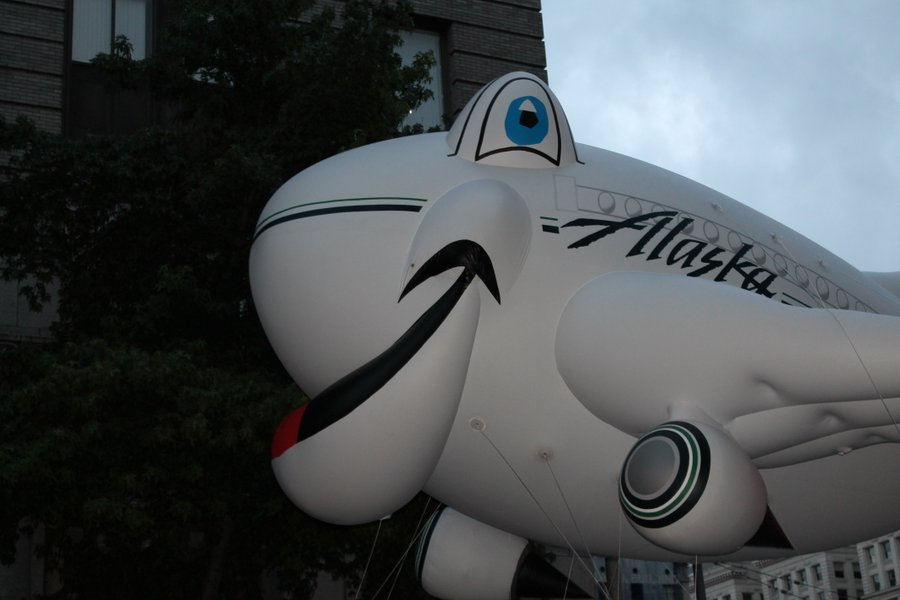