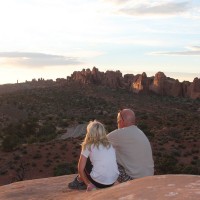 We headed to Moab on Monday. On the way, Randall says, “Is it Mo-ab (long A) or Mo-ahb (short A).” “I am not sure” was my reply but by my internal voice was saying “Mo-ahb?? No way. Where does he get these ideas?” I don’t know why I am so certain of my hunch. I have mangled more place names than I can count, from Spokane, WA to Ocala, FL. In Guatemala, place names seem to roll off cruiser’s tongues and when I hear the rolling r’s in Puerto Barrios, I get all accent-envious. Even four letter place names like Cuba and Iran separate the culture savvy from the I-just-got-out-from-under-my-rock crowd. Anyway, I am embarrassed to admit we did not corner a Moabian to hear this name from a local. We were just too busy negotiating a parking spot at Arches. 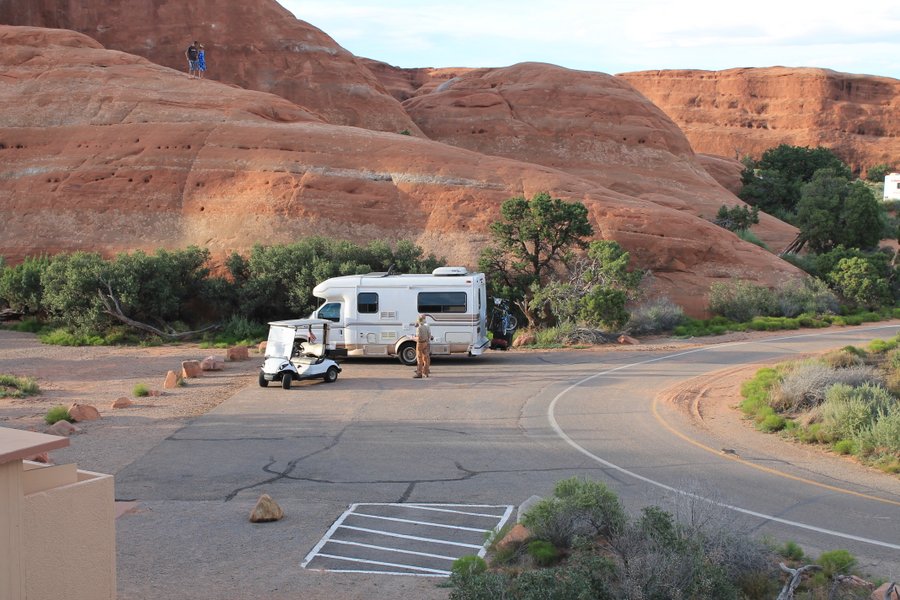 Our little RV parked at the Arches Campground. Randall and the Ranger are discussing the terms of our use of the group parking area.

I have wanted to go to Arches since reading Steph Davis’s “Flying High.” Steph is a rock-climber and wingsuit flier who lives in Moab but climbs up cliffs and then jumps down all over the world. I sort of hoped to see her scaling a rock face at Arches. We drove through Moab first and took in all the “Extreme Adventure” tour operators and outfitters lining Highway 191. We only needed groceries and cold beer but it would have been fun to settle in at the brewery and hipster-watch. We were thirsty, hungry and had a cooped-up ten-year-old so we headed on into the park to see if we could boondock another National Park. We drove past the sculpted walls at the park entrance and on down into the rock-monument filled canyon. Lily and I tried to guess names by looking at the rock shapes. “There is a hippo!” “Three Indian Princesses Staring At the Sky.” “The Flame of Utah!” 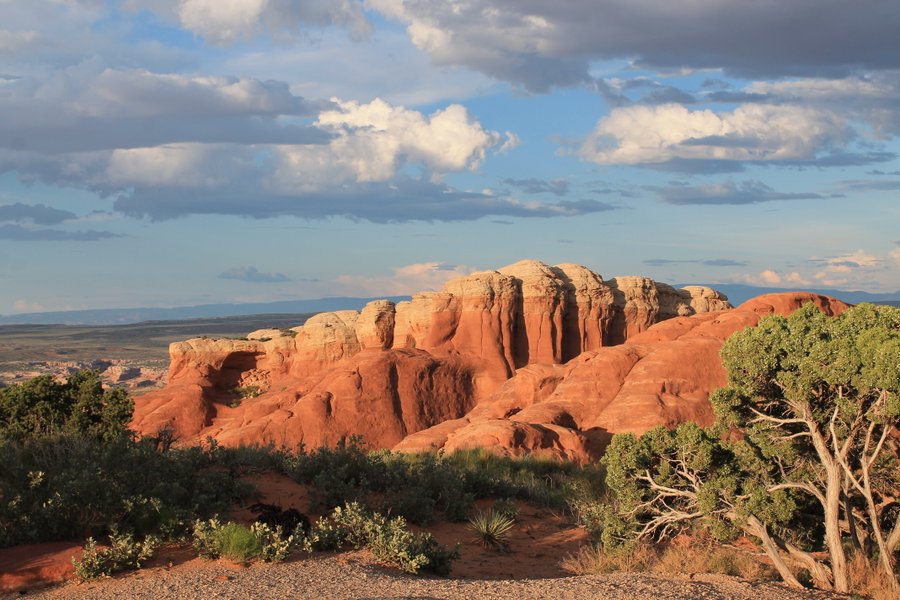 Biking through the campground we had views like this in every direction. 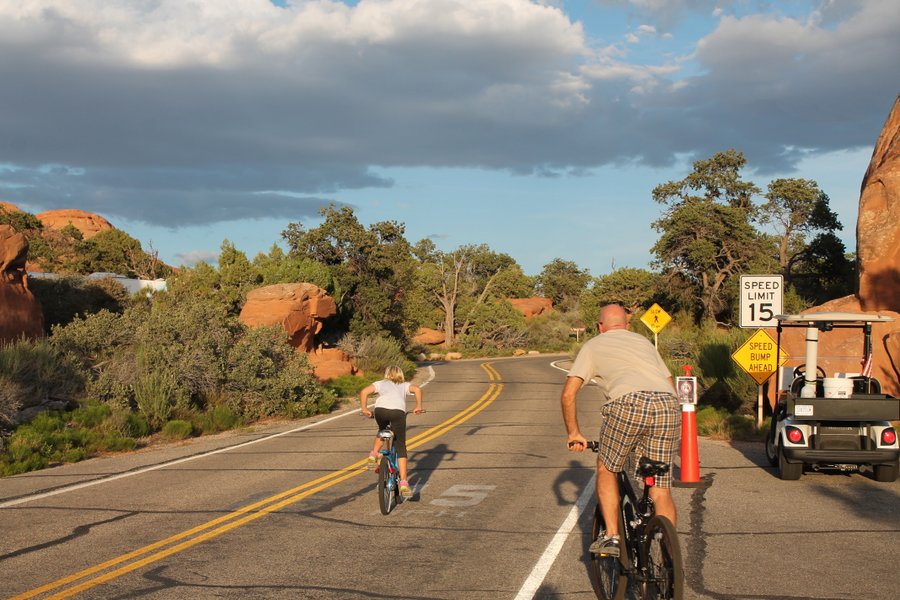 We tackled some steep grades just in the campground area. Moab is covered in bike trails.

Sure enough, once we got to the campground, it was full. All those people who plan their vacations and make nightly reservation were sitting around their picnic tables watching us stragglers eye them enviously. The ranger, though, was willing to work a deal. We could park at the unreserved group campsite for the same price as a regular individual camping spot. No electric, no water but it was a pretty little spot near some good hiking so we took him up on the offer. He wanted us out early but acknowledged that, since we paid full price for merely a parking spot, we should get to enjoy it until 10 a.m. We ate and then had just enough time for to hike up some tall boulders with a good view of the sunset. We made plans for a longer hike in the morning.

We hiked Devil’s Garden Tuesday morning. We had to move from the campground and park closer to the trailhead. Once we got in a spot, I spotted what looked like a trailhead right in front of us. We could see the main trailhead about 200 yards on down the sidewalk but this one looked just as promising. We walked in and quickly started to boulder scramble. We got up on top of a outcropping that looked over the paved trail and Randall observes, “We are the only people in this park not on the trail.” Yes, it was true. The handful of fellow hikers are all on the trail and nobody was on any of the rocks. “You don’t think?” I said. “Yeah,” he said. “Probably not allowed.” We made out way over to the entry point and, sure enough, there are signs explaining the severe damage done to not only the rocks but the soil crust by foot traffic. We were lucky to have made it off that promontory without being stoned to death by environmentalists but obviously they did not want to hurt the stones. 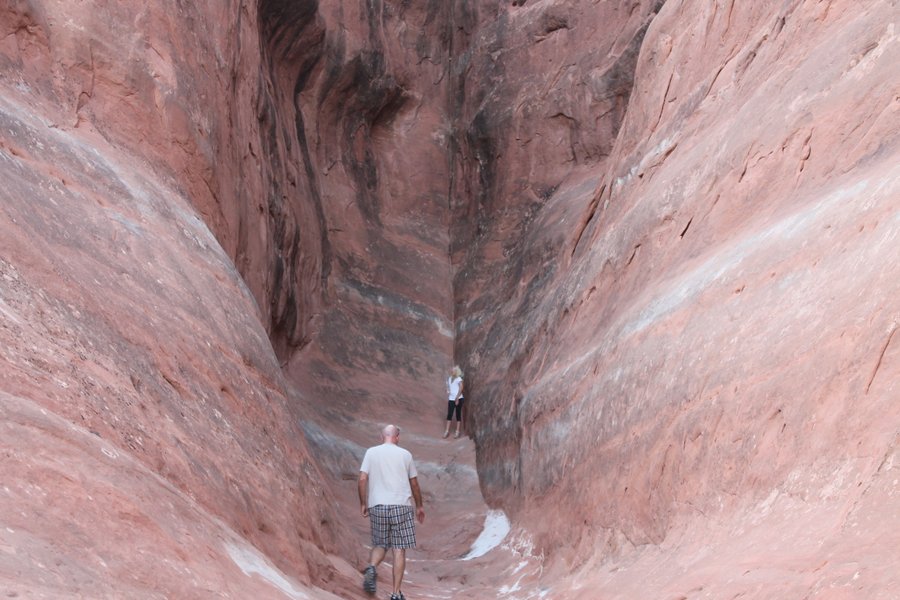 Exploring a cleft in the wall. 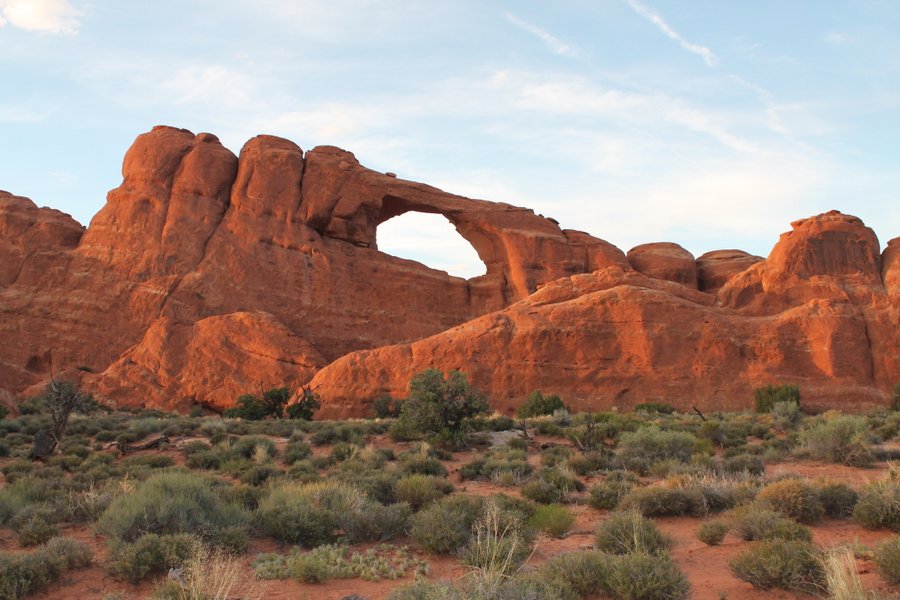 One of many of the park’s namesake natural rock arches.

I get it though – there are just too many tourists at these places. As we drove out, we passed easily a hundred vehicles coming in. And the parking lot was already full when we left. It overwhelms nature, us nature sightseers. The millions of foot steps have to be corralled to a nicely paved trail where the story can be told in well-worded signage. How sad for our kids who want and should get to climb, hop, jump and fall in a beautiful, amazing, natural environment. It is one of the reasons some of us go to lengths to get off the beaten path and, in doing so, create new beaten paths. It reminds me of the bittersweet truth of a passage in “Into The Great Solitude” where author Robert Perkins is discussing his upcoming trip with another Canadian arctic fanatic who advised, “If you really love it, don’t go and if you do go, don’t write about it.”

So, anyway, it was obvious why we didn’t see any rock climbing stars out there. They carry out their sport out of the reach of law enforcement these days. I guess I am kinda like one of them, now. A rebel out there tearing up rock. Ok maybe not but as close as I am gonna get, so I like the thought. 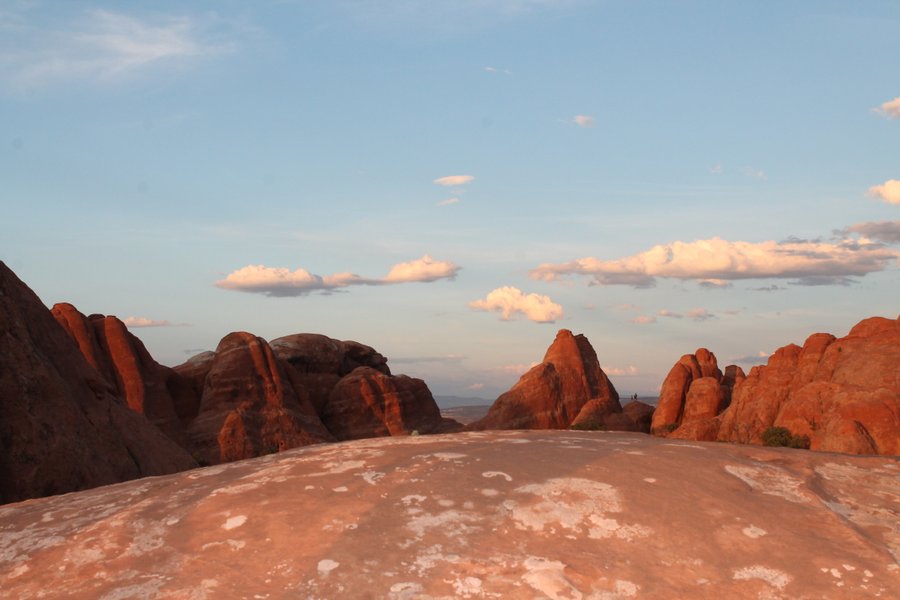 Rock up close and far away 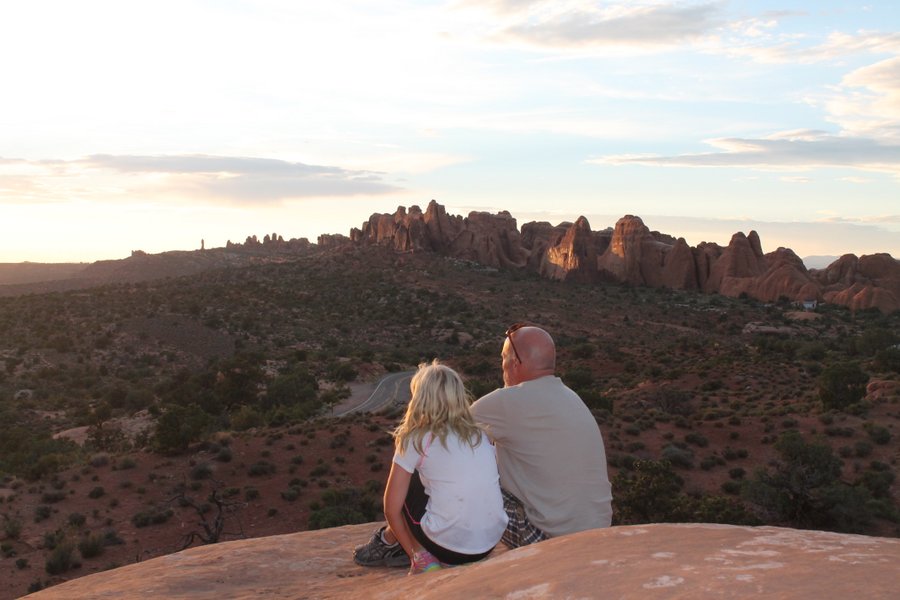