What’s it like to live close enough to the St. Petersburg IndyCar race to be hit by flying tire tread? Our neighbor, Lee, yelled it best. He was dropping Lily off after taking her and his own daughter, Emily, to see the action. “What’s it like” Randall yelled although he was within arm’s reach of Lee. “Like being stuck in a beehive,” was yelled back. Yes, a 25-acre beehive where bees compete to be the fastest and loudest. The surroundings are saturated with sound and the air vibrates with the eardrum-thumping drone of cars powering past us. There is going to be a lot of yelling on the dock this weekend. Occasionally, race action ceases entirely. We look at each other, surprised with the opportunity to converse. As often as not, we just listen with amazement to the sound of the gulls calling (what must they be thinking?) and the kids shouting to each other in a way that might once have been called “noisy.”

The race fun kicked off with a downtown parade Thursday night. The High School bands were great but we nostalgically enjoyed the “Second Time Around” band the most. Second Time Around is composed of older adults who get together every year to relive the marches and music of their youth. There is something uniquely fun about watching 60-year-olds twirl a baton together. For the second time around, I felt a sense of disappointment that I was never a baton twirler. 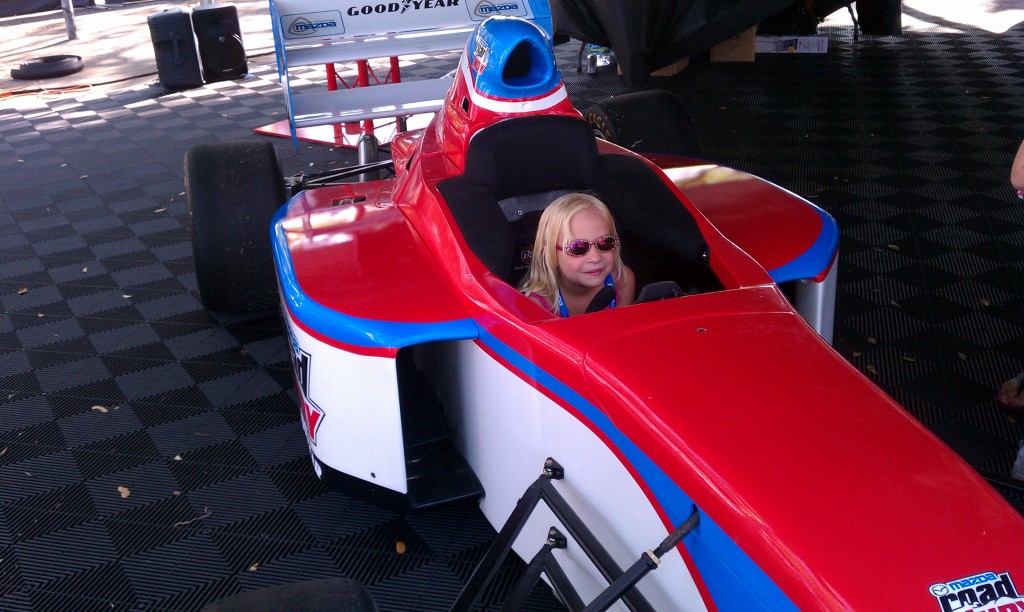 Our neighbors, James and Melissa, gave us four free tickets for Friday’s race. Wow!  We were excited to experience the hive even closer. Last night, we took Lily and her friends, Emily and Sam, to the race. We rode the Ferris wheel, visited the Budweiser Clydesdales and the played on the bungee jump trampoline, all the while completely ignoring the racers. Everyone wore ear plugs so it is weird to play with the kids without hearing them. Plus, it is frightening to contemplate that, if the kids stray a step out of sight, there is no calling their names. On the walk home, we stopped for pizza at Joey’s Brooklyn. The night was capped off with fireworks shot right above the boats. Obviously, race organizers abhor silence and the fireworks were as loud as they were colorful. It is very cool to watch fireworks downtown and hear each boom ricochet off the tall buildings.

Jake called this morning from the Houston airport! He should be here in a couple of hours… 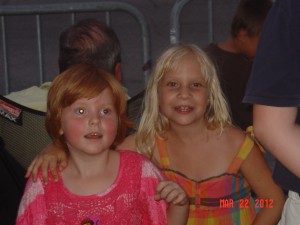 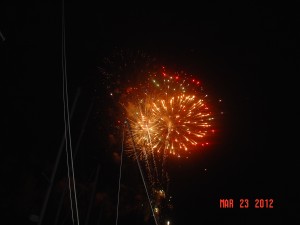 Fireworks over the masts 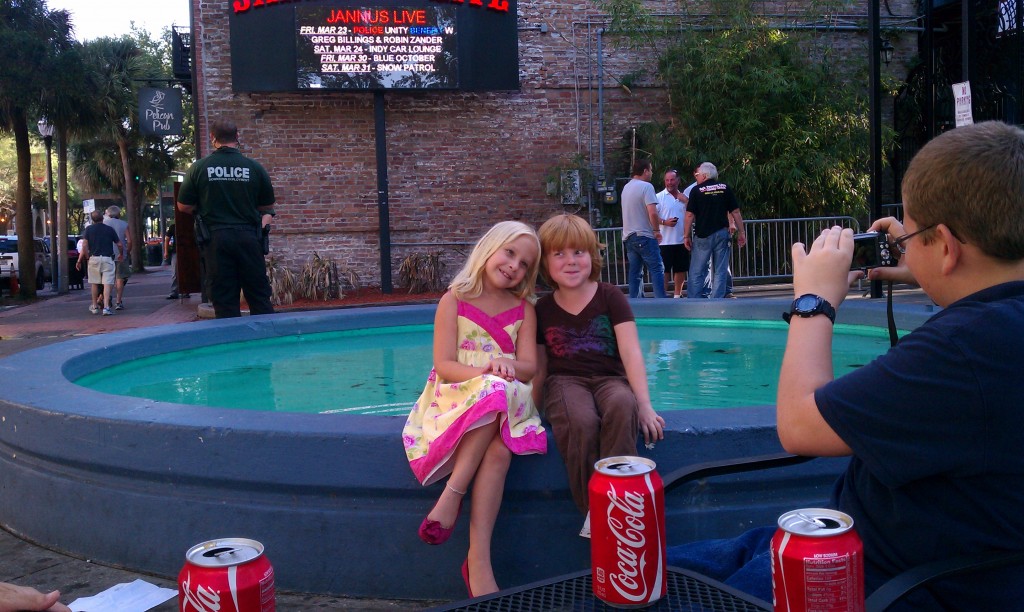 Sightseeing by water
Together Again