We returned to volleyball this week. Actually, we call it volleyball volleyball volleyball because that is how Susie announces it during the morning cruisers’ net. Something about her “volleyball volleyball volleyball” call makes us all eager to hit the court for the daily 3 pm game. Susie is also working up a sand volleyball game at a nearby resort. We are hoping this works out. It will be like a big-time road trip for us to go a mile down the island and play some other team. Or even each other. I nodded “we’re in” before getting any details so I’m not really sure who is involved. She had me with “volleyball” and “resort” and “pool for Lily.” 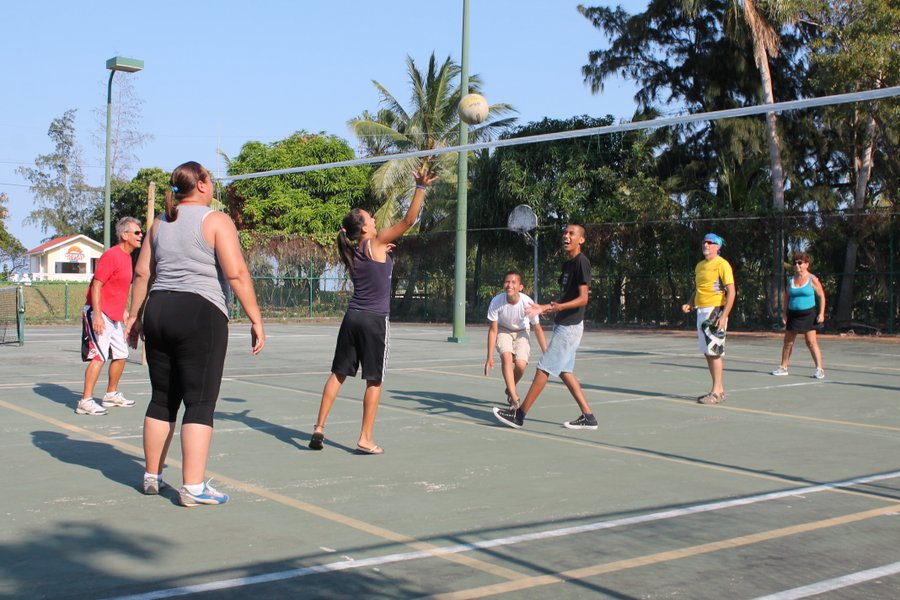 The young ones at the net for this play. 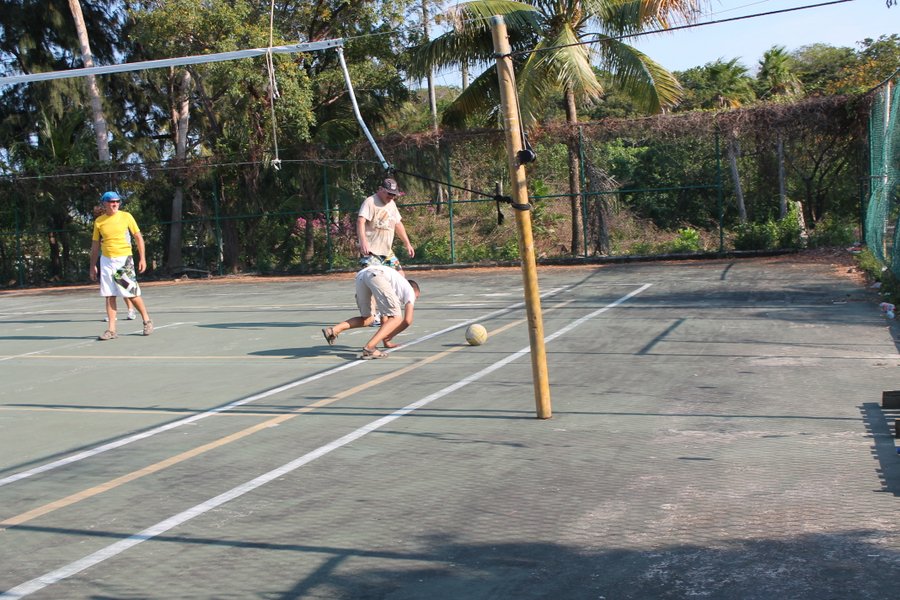 Samuel looks like he is going to roll to get this one but Lily said it was more a crab crawl.

We usually have several players show up. Susie and John on Cabaret and Matt and Renee on Outlandish are the regulars. Obert and Samuel are regulars, too. They are two Honduran teens who live nearby and know John and Susie well. In fact, they like to razz John or Susie for any missed play to which Susie replies, “I know. I know. I am especial.” “Especial” has, apparently, the same “slow witted” connection as “Special” does in English or the teens get her drift anyway. We have also learned the meaning of “Chiripa!!” which gets shouted out quite a few times over the course of a game. It means “lucky” so I get to use that a bit myself as I really have no control over the ball and beam proudly anytime my hits make it over – in-bounds or not. 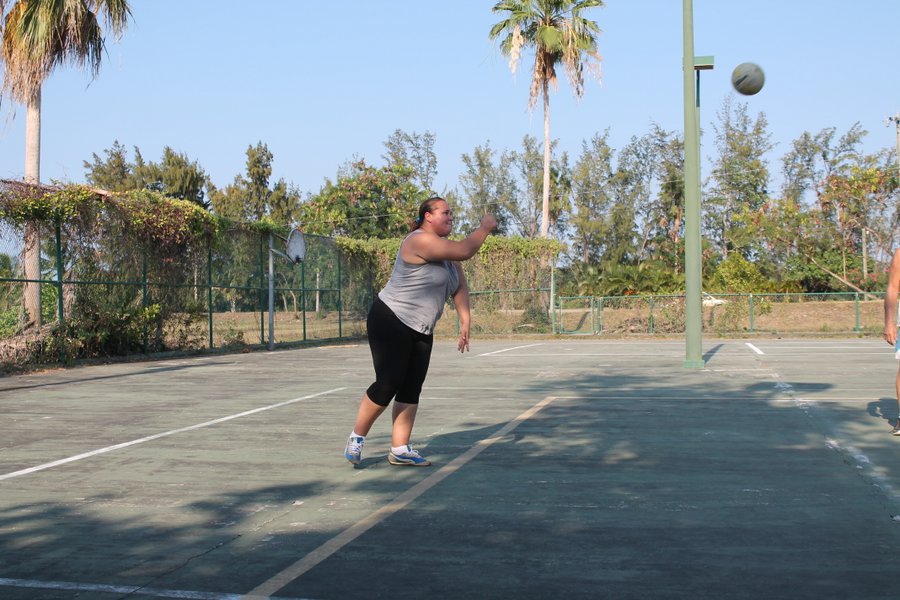 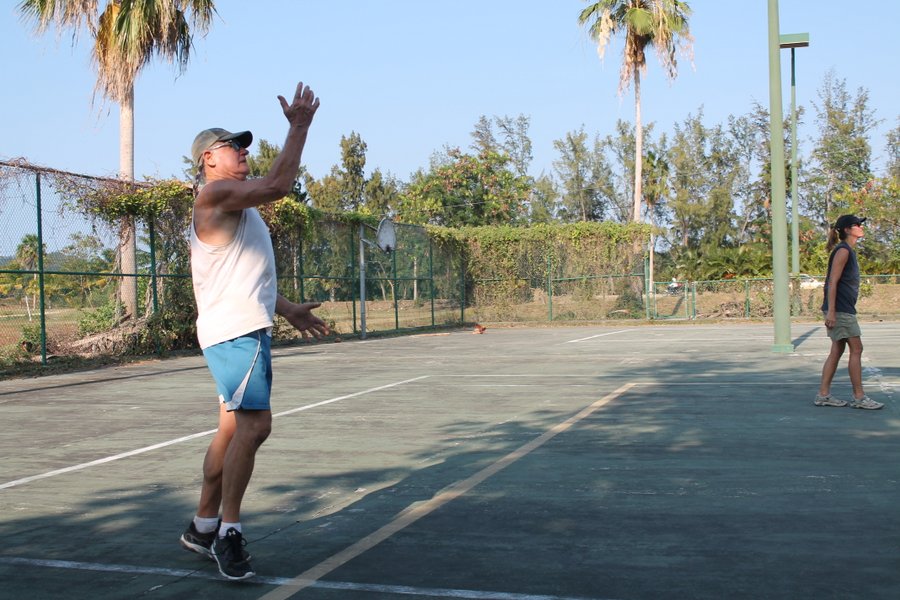 I took my camera this week to get a few pics. However, it was an even six-on-six if I played so Lily took these photos for me. She usually goes with us to watch and run down stray balls. We tried to get her to keep score in Spanish but this did not hold her attention for long. Besides, it is a controversial job. There is usually some point in the game where the score comes under some scrutiny and debate. 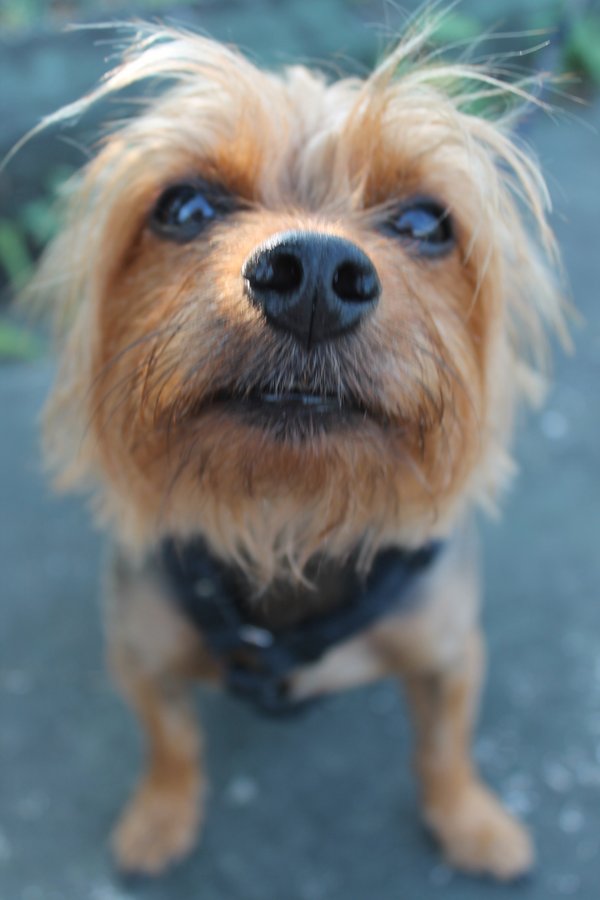 Gidget watches from the sidelines with Lily. I am not sure what they talk about. Probably how they could beat us with a hand tied behind their backs.