You are here: Home › Swimming on Saturday, Shopping on Sunday 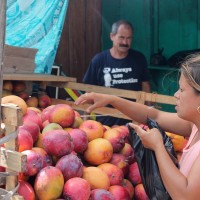 Lily stayed in the pool most of the day Saturday. She splashed around with some friends we had not seen since we were here last year – Mallory and Jaime. I sat with their mom, Jaime, and tried to keep up with her and Maya’s political discussion in Spanish. I quickly got lost but they both know English so caught me up occasionally. Maya is from New York so hearing her speak so fluently with no accent is sort of encouraging. She has been working at it a good ten years, though, and has traveled in Central America a lot. She has loaned us some of her Spanish lesson recordings so we are now practicing in the evening after dinner. 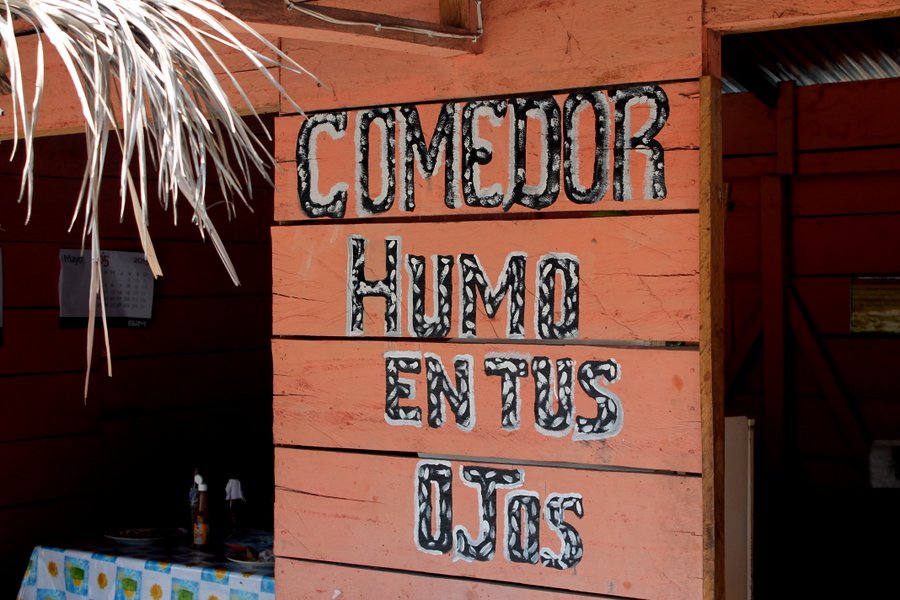 Restaurant Smoke In Your Eyes

After Jaime left, Will and Molly’s babysitter, Maria, dropped by with her daughter, Stephanie. They played a few games at the palapa and we got our kids to ask Stephanie a few questions in Spanish. Stephanie told us she is six-years-old and in the first grade at school. I asked her if they sing at her school and she jumped up to sing and dance for us. What a cutie. After getting pleasantries aside, they jumped back in the pool with Stephanie. They made a date to get together again next Saturday so hopefully I will get pictures then. 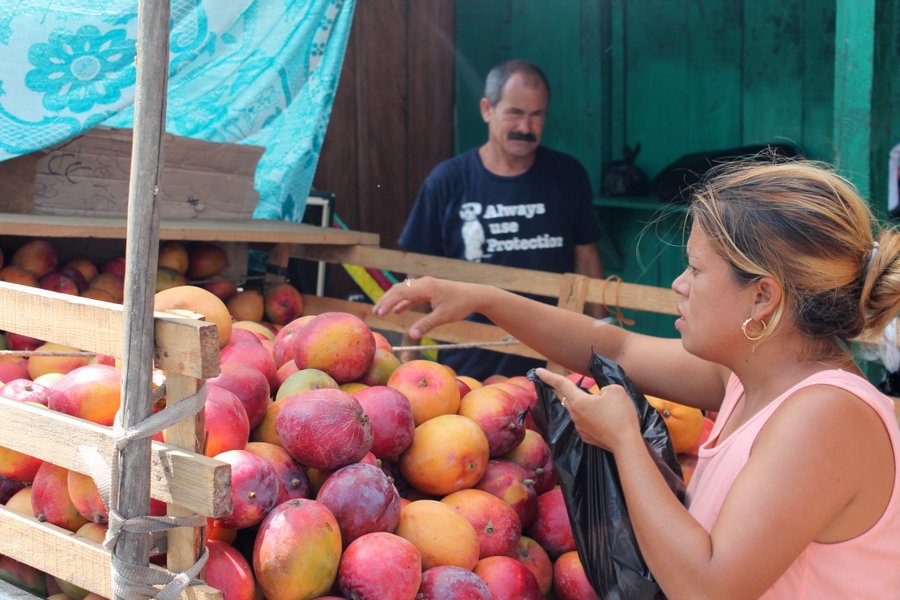 We are not sure if there is “seasonal produce” here but there seems to be a lot of cheap mangos right now.

We made a quick shopping trip to Fronteres Sunday. As usual, Lily found something furry to ask to bring home. “It will give us eggs every day,” she claimed as point of persuasion. If it would eat ants, it might have been granted temporary residence. We are still working on the ant problem. However, it seemed best to stick with a chemical attack on the ants. Sorry, Cheep. 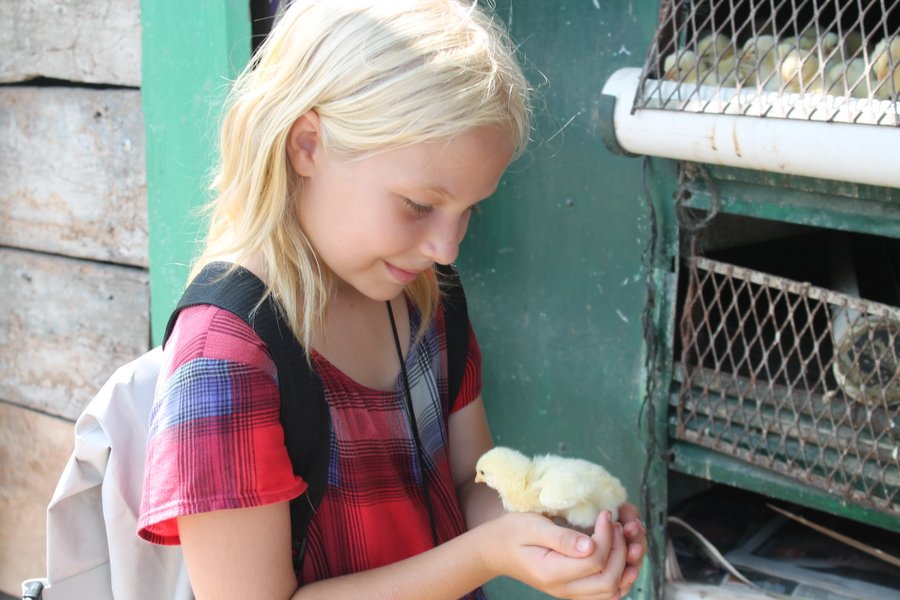 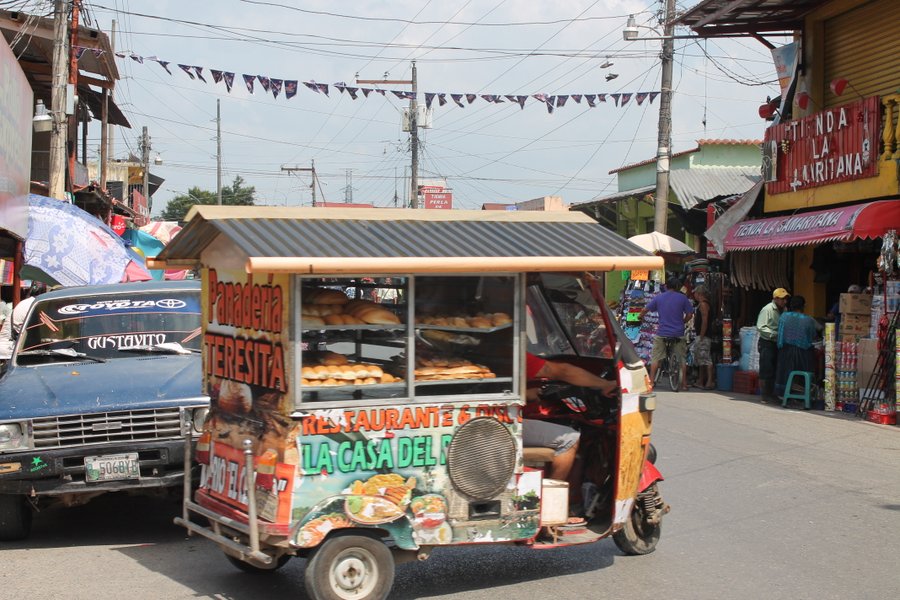 Bread on the Go

We do most of our shopping at Familia Dispensia – Walmart’s Central American “neighborhood market” concept. However, we usually buy most fruits and veggies at the open-air vendors. We are eating as much of the cheap papaya, mango and giant carrots we can. We will miss them when we return to the states next month. Oh yeah, and cheap beer. That’ll be history, too. 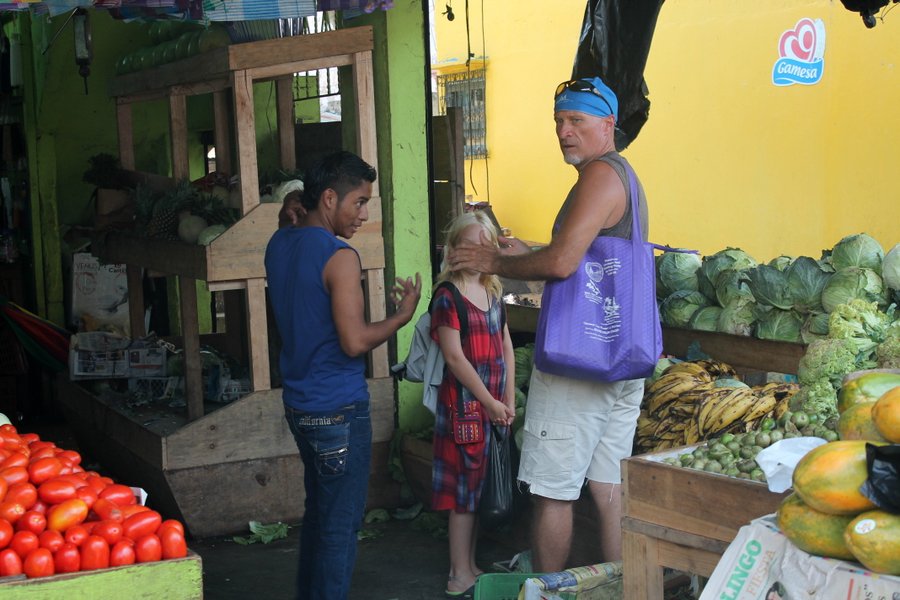 We use Spanish, English and Mime. Spanglishime.

We are having movie night tonight on Foxtrot with Will and Molly. We are going to try hot-dogs this time without the inedible casing. As usual, I will try to get them to go over some Spanish words with me for practice. That sends them running away quicker than you can say “Vamos.” 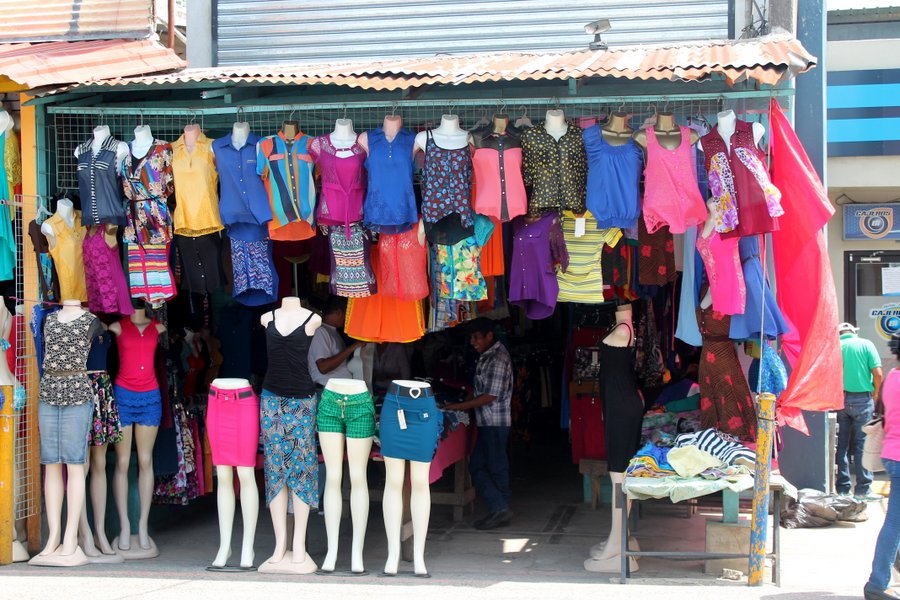 There are lots of colorful clothing for sale in Fronteres.