You are here: Home › Semuc Champey 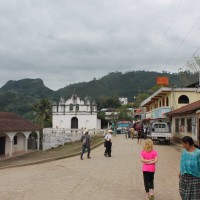 Since our departure to Roatan was delayed, we got together last week with Czech-N-Mate and decided to take a trip inland. Friday we set out together for the 5-6 hour bus trip to Semuc Champey in Central Guatemala.

Semuc Champey is northeast of the Rio Dulce in the Central Guatemalan mountains. Because of both the rocky terrain and lack of roads, it takes a lot longer to get there that it would seem by looking at a map. Also, the increase in mining activity has completely destroyed a heavily-used road on the north side of Lake Izabal. Our shuttle bus (passenger van) left SunDog Cafe a little late Friday and headed north. The first couple of hours went fine as the highway passed green pastures and grazing Brahma cattle. We reached a town about halfway there and picked up some local passengers who kept up a lively conversation with the driver. I listened intently to the back-and-forth Spanish laced with laughter in hopes that my weeks of listening to Shakira back at home helped me progress with Spanish a little. I caught a word or two which I thought I might recognize but it is nearly impossible to say since I didn’t catch enough to get the gist of the conversation. Peligroso (danger) might or might not have been discussed. I sort of thought this word came up but if it did, it was in the context of a very amusing story. 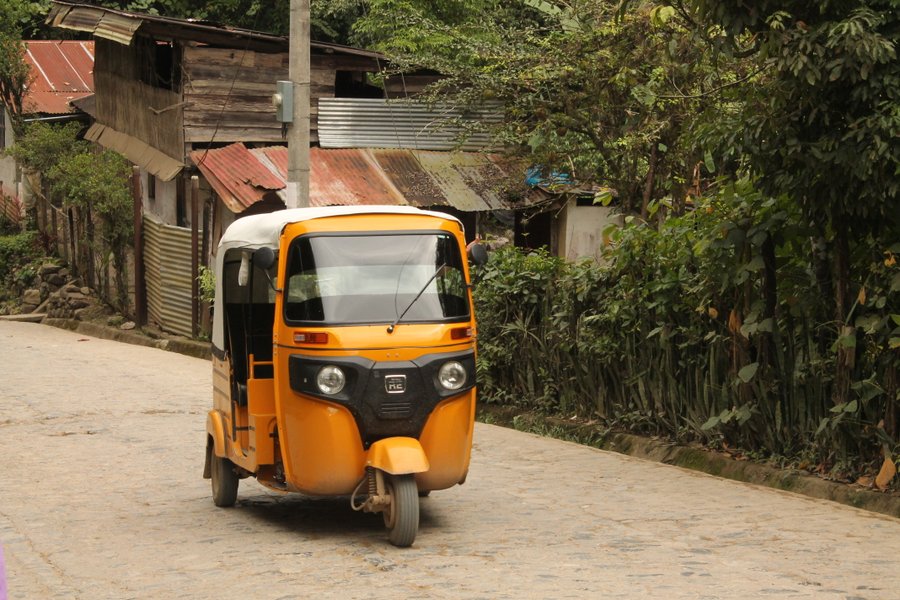 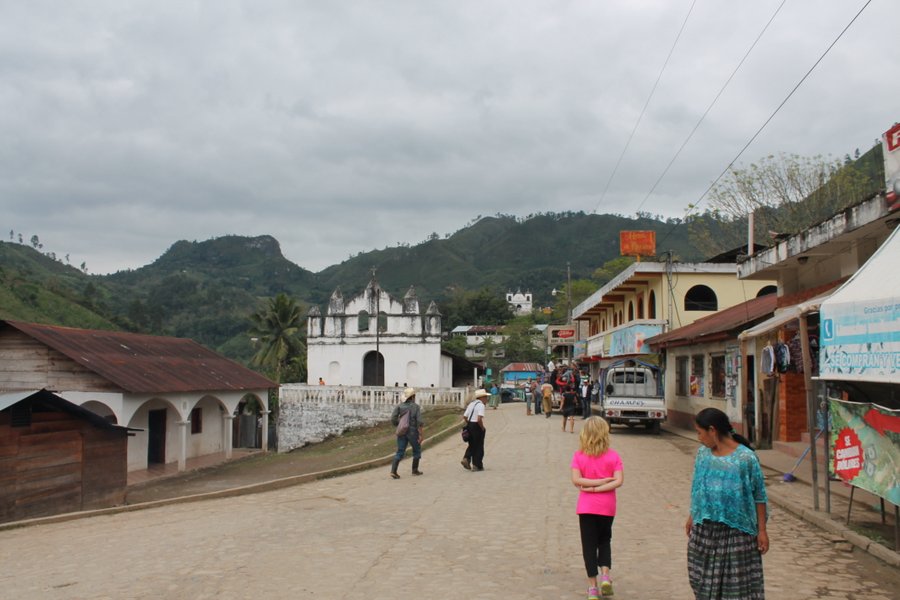 Blonde ninas get a second look from many Guatemalans.

About an hour after the van filled up, the driver took a turn off the pavement onto a rocky road and started climbing. It felt sort of like a little detour, like maybe we were veering off the highway to give someone door-to-door service in the country. But, no, this rocky, one-lane road of switchbacks, crests and alarming inclines was our road for the next three hours into Lanquin. We kept peering into the darkness to catch occasional glimpses of a jungle-covered drop-off at the edge of the road. The road got increasingly bad and the potholes grew to small canyons. We drove across small washouts and around boulders which appeared to have recently fallen from the rocky cliffs above. We seldom met anyone coming our way but there were a few people walking along the road in between the small towns. The Guatemalans in the front kept up their animated conversation and I kept thinking how comforting it was to have them along since the tourists had all sunk into slightly worried silence. We arrived around 9:00PM and the bus dropped us off at El Retiro, a Guatemalan-owned hostel which had been recommended by our friends on Yollata.

The staff got us all situated and said we could get a plate of left-overs from the nightly buffet. We first dropped our backpacks on the alarmingly hard bed. The hostel has several options – small, thatch-covered cabanas that share a public bathhouse, private rooms and a dormitory. We went mid-budget and stayed in a $150Q/night cabana (about $20.00). 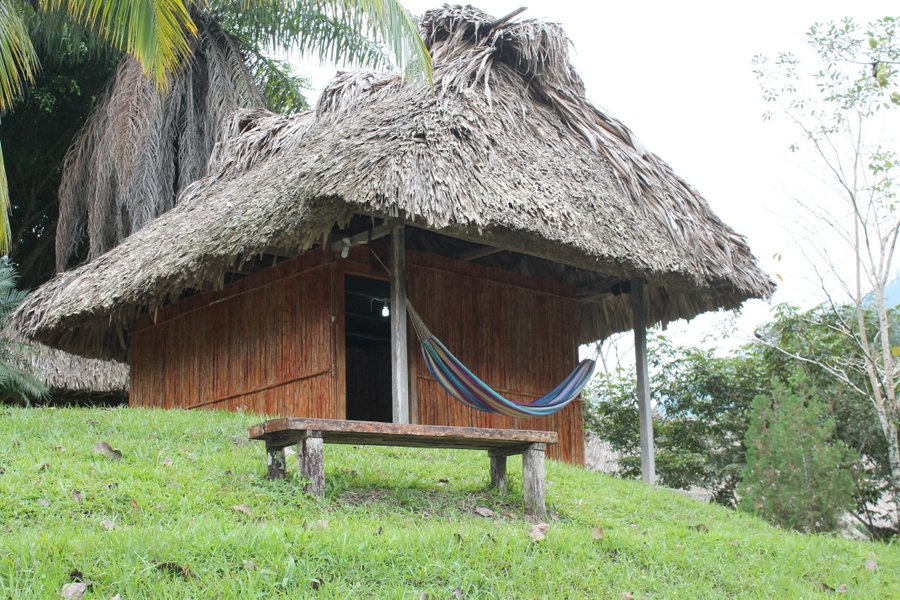 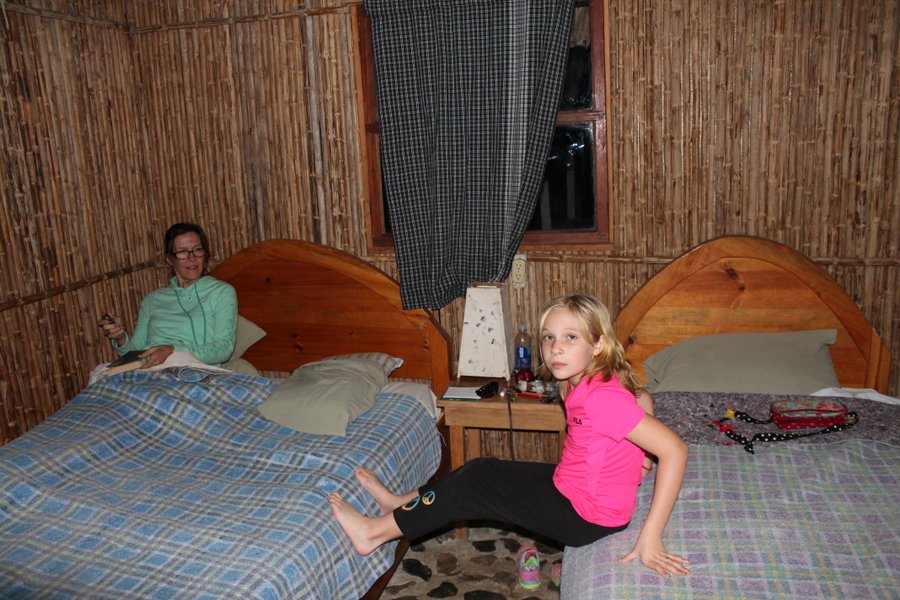 Our little room with cane walls and river rock flooring. I don’t know what is in my hand but it is for-sure not a remote.

We met back to eat at the restaurant/bar which sat right on the river downhill from the rooms. We were all so ready to hit the bed and get a better look around the following day. The night was cool and all snuggled under the thin sheets, thankful that the hostel had left a weirdly coarse but nicely warm blanket on each bed. 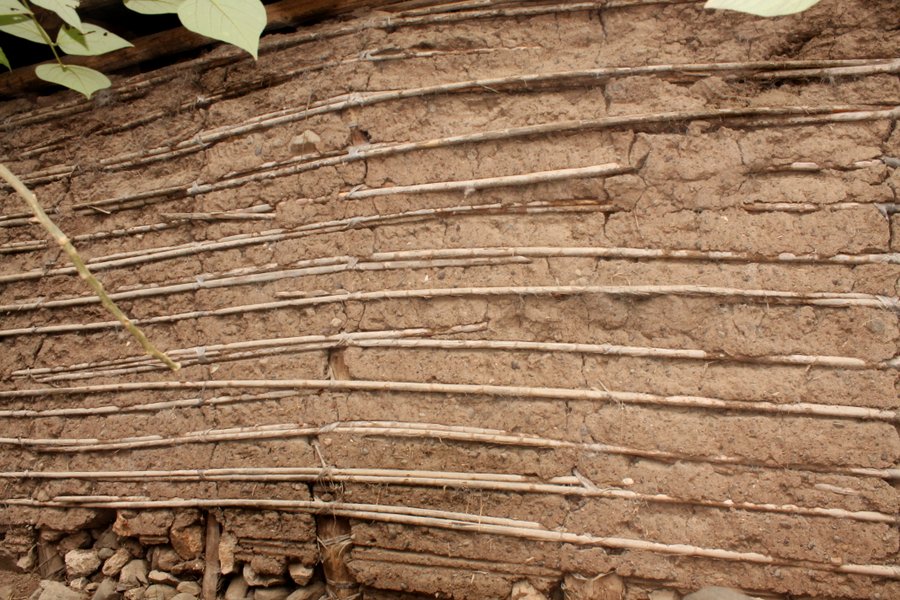 Some of the walls in town had mud chinking.

I took about 200 pictures over the weekend so I’m breaking up the posts over tomorrow and Friday. Hopefully Lily will help me out as she is LOVING all the posts from family and her school friends. Our upcoming posts will be all about the chocolate tour, the Semuc Champey park, the water cave and the zip line. Needless to say, we kept busy the whole weekend and had a really great time. 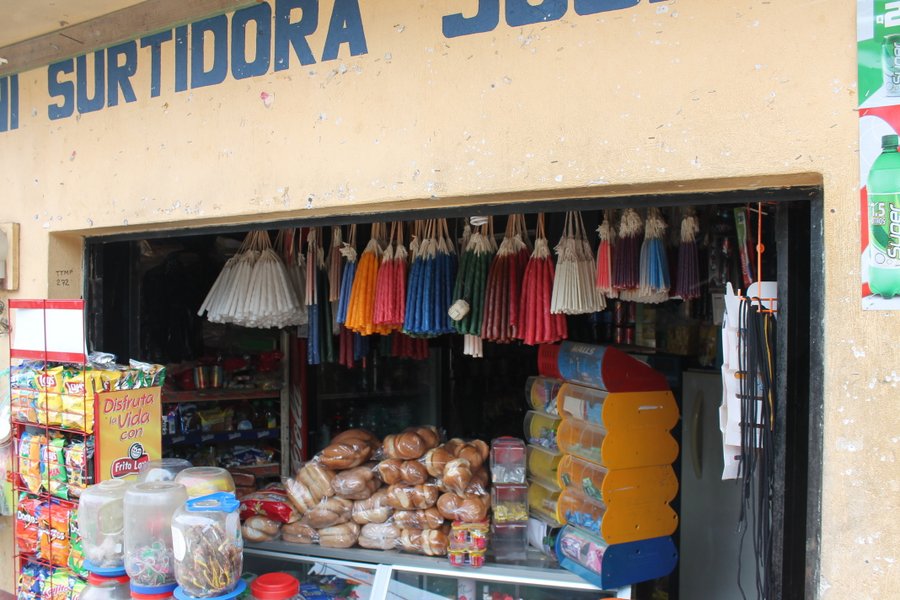 Tall white candles in Gallo bottles burned at the bar each night at El Retiro and these colorful ones at the market looked pretty, too.

A Little Bit Of Every Thing
Chocolate House