You are here: Home › Live in the Sunshine, Swim The Sea, Drink The Wild Air 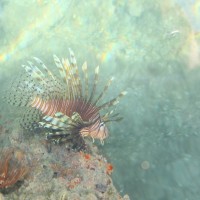 Lily has found three chums to hang with this week. They swim, play “wax statues” on the beach, chase monkeys and giggle loudly. Ok, well, Lily seems to be the principal giggler. That will surprise no one back home. Also, one monkey will chase back and has sharp little claws. Lily is also chums with Gillian on SV N Aimless. While the new chums are all in the 8 – 12-year-old range, Gillian is, maybe, mid 60-ish. I have noticed that Lily has lead each of her new little friends over to Gillian for introductions. This makes me smile. 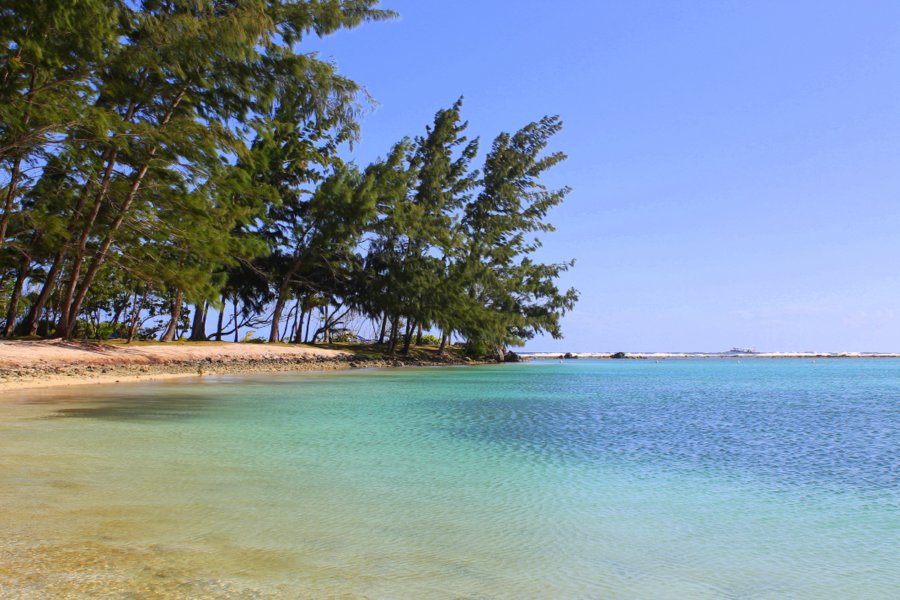 Yesterday, Lily was stepping off the boat and started yelling “Lionfish Lionfish.” I started to follow her to get a look but she exclaimed urgently, “Get the camera!” so I turned back around convinced I would miss the fish sighting entirely. She and Randall had caught a glimpse of a lionfish peeking out from a rock while snorkeling but I had missed that one, too. I grabbed the camera and ran back out. “Where is it?” I demanded, looking off the back of the boat. “Here, under the dock. Hurry!” she said.

And there he was, lingering by a piling. I think he thought he was nicely camouflaged among wavy growth on the piling. Lionfish are an invasive species in the Caribbean and actually fished for human consumption. This one didn’t look too meaty yet. He drifted around the piling for several minutes before headed down deeper. After this bit of excitement, I decided to get into the water and scrub Foxtrot’s waterline. No lionfish showed up to help. 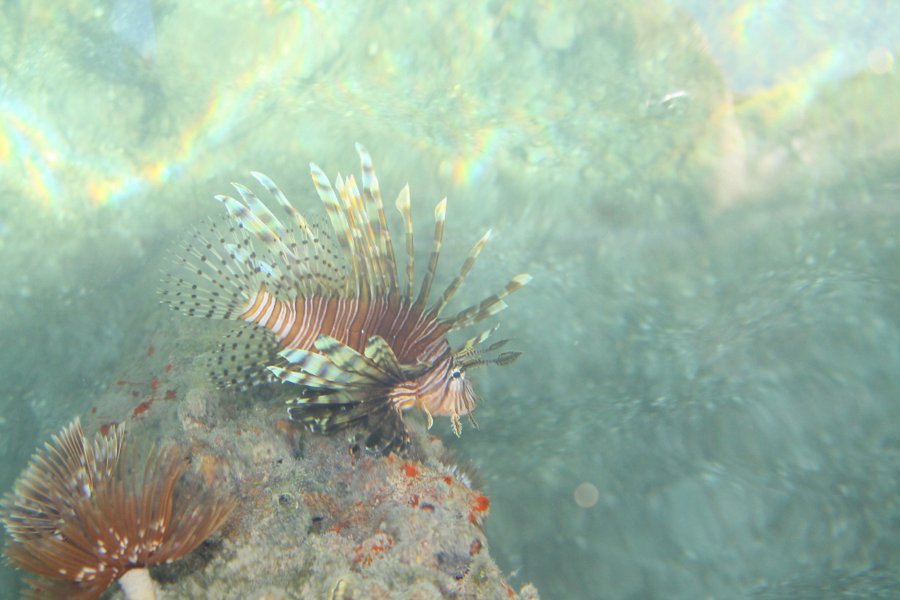 My sketchbook isn’t filling up very fast. However, I took the afternoon yesterday to play around with the pencils. Although there isn’t any surfable waves around here (that I know of) surfer art totally intrigues me so I copied this from a pinterest painting. While wasting time looking at art on pintrest, I came across this great quote which needs to be hanging on the boat somewhere (future project?):

“Live in the sunshine, swim the sea, drink the wild air” — Emerson 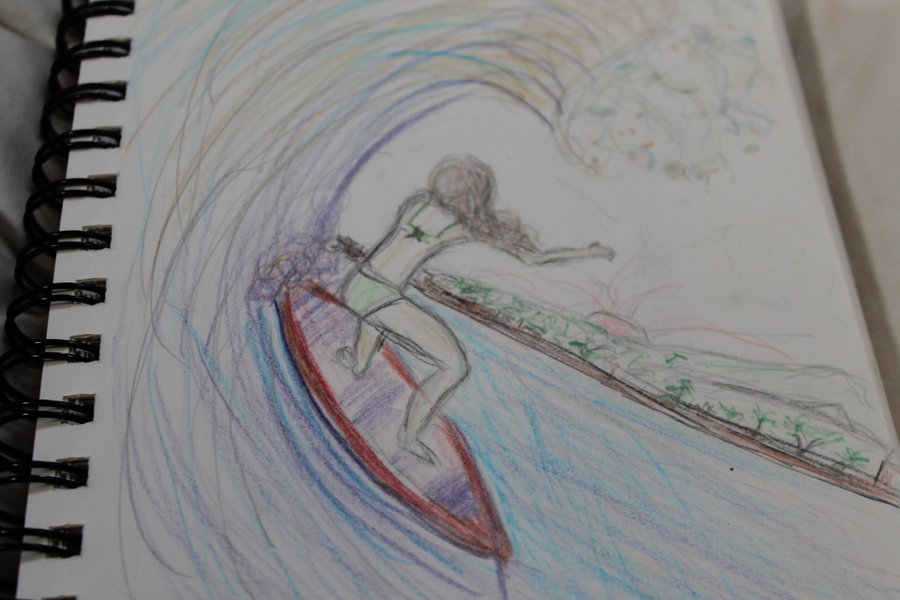