You are here: Home › Jake and Kelsey Meet-up in Bellingham WA 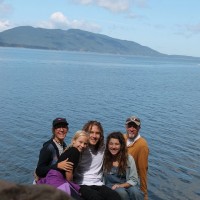 During the Grand Canyon and Arches visits, Lily kept reminding us that the goal, the reason, the driving force of the road trip was one thing: getting to see Jake and Kelsey. She was unpersuaded that we might regret speeding past such marvels as the Grand Canyon. We agreed after seeing Arches that the “Rush to Jacob” would begin. From that point, we basically drove 10 hours two days and stopped only for a few minutes of phones calls and one fast food stop.

And we made it to Bellingham around 5 p.m. Wednesday and meet Jake and Kelsey at the Larrabee State Park. Yeah!! We were so happy to see them and have had a great time hiking around Northwest Washington and hearing about their crazy road trip to Rochester, NY and then to here which involved several live music stops, lots of peanut butter and constant surveillance of their surroundings at sketchy campgrounds. 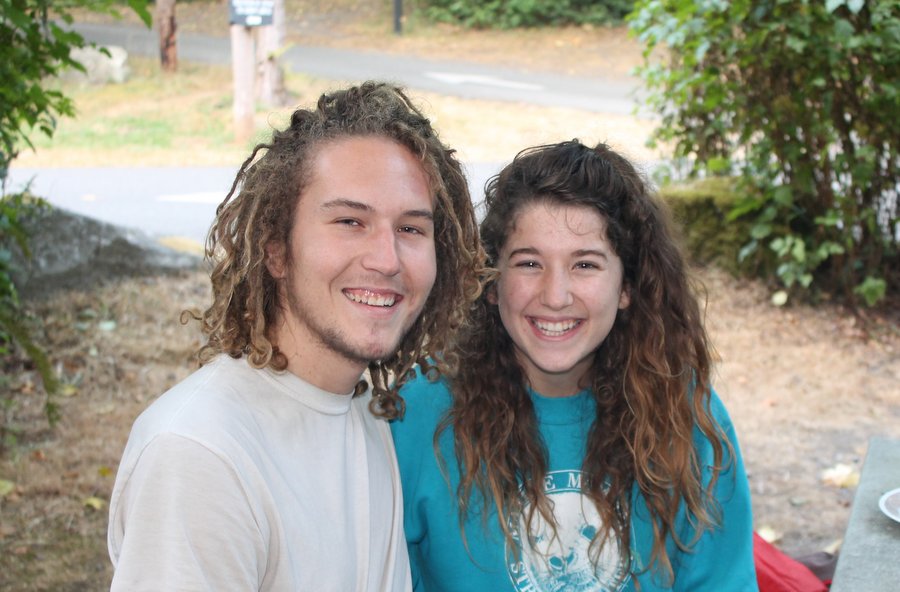 Jake and Kelsey – they are occasionally asked if they are twins. haha 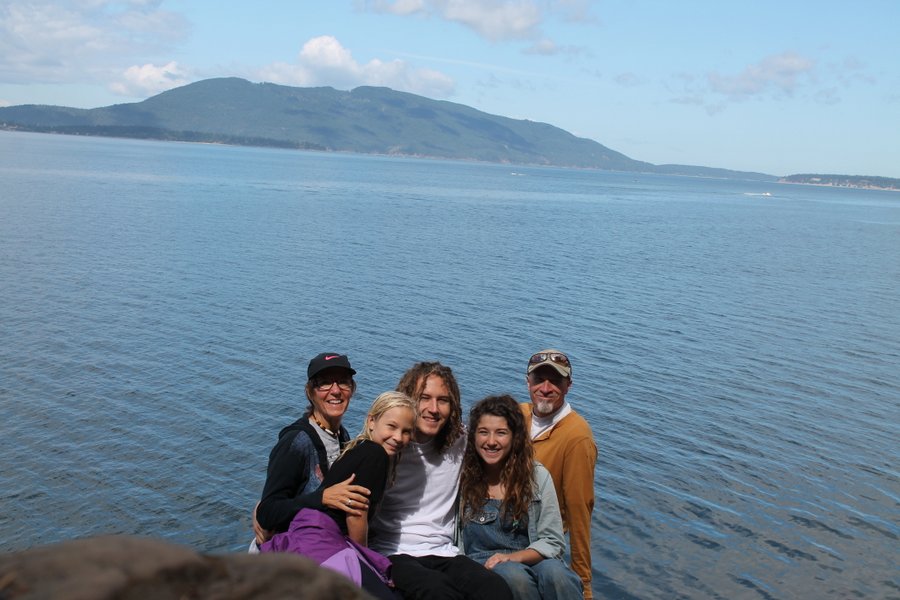 We spent Thursday morning hiking the shoreline of Samish Bay which was across from the campground. It was so beautiful and the weather is sunny but not at all hot. We did some rock climbing and then some tidal pool investigation. We found these weird purple starfish clinging to the undersides of the rock. There were also cute little chipmunks bolting from rock to rock. The last find of the day was a message in a bottle. We were so excited to read the message but couldn’t fish it out of the bottle while at the shore. 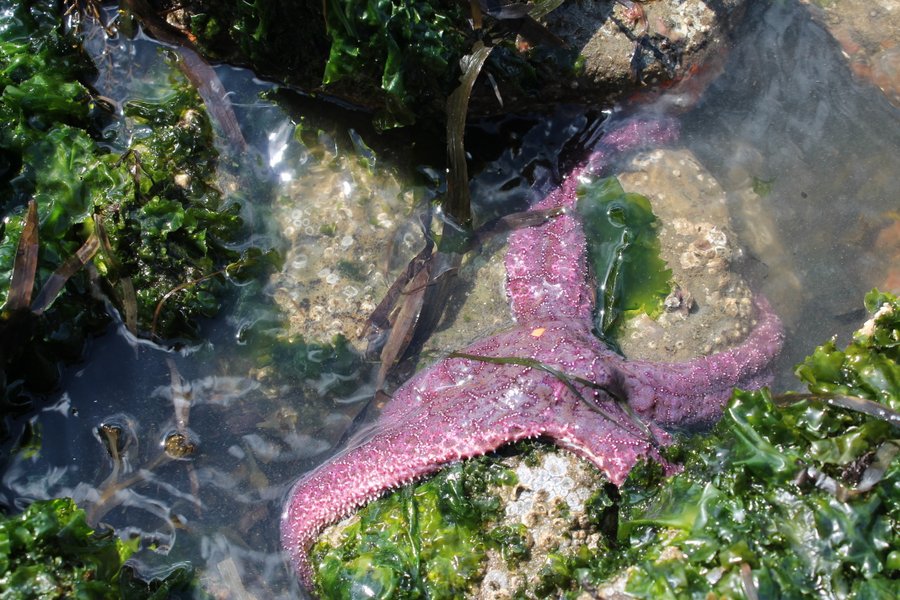 It doesn’t look star shaped here but we think it might be a starfish. 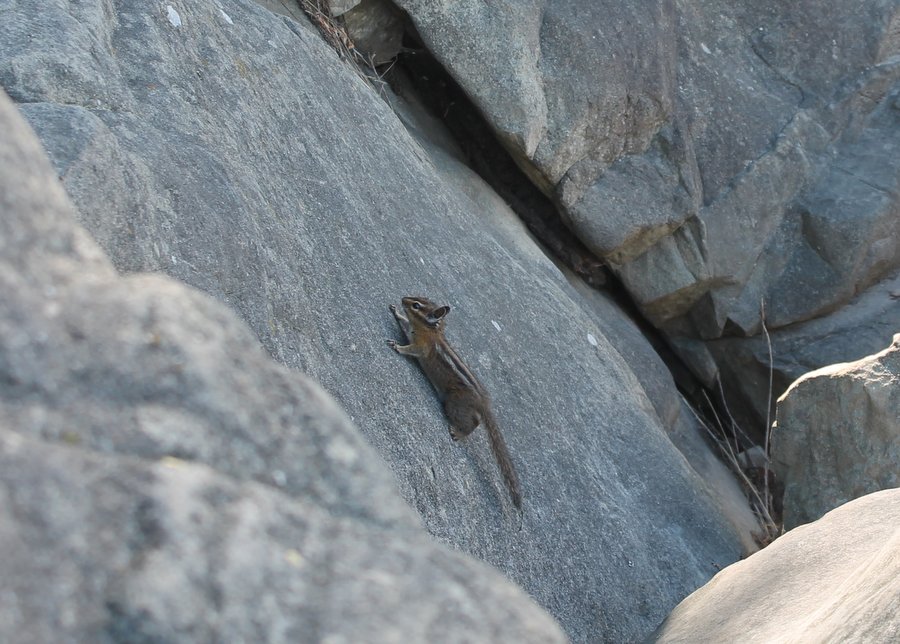 Chippie, you should have one of these! Chipmunk on the run. 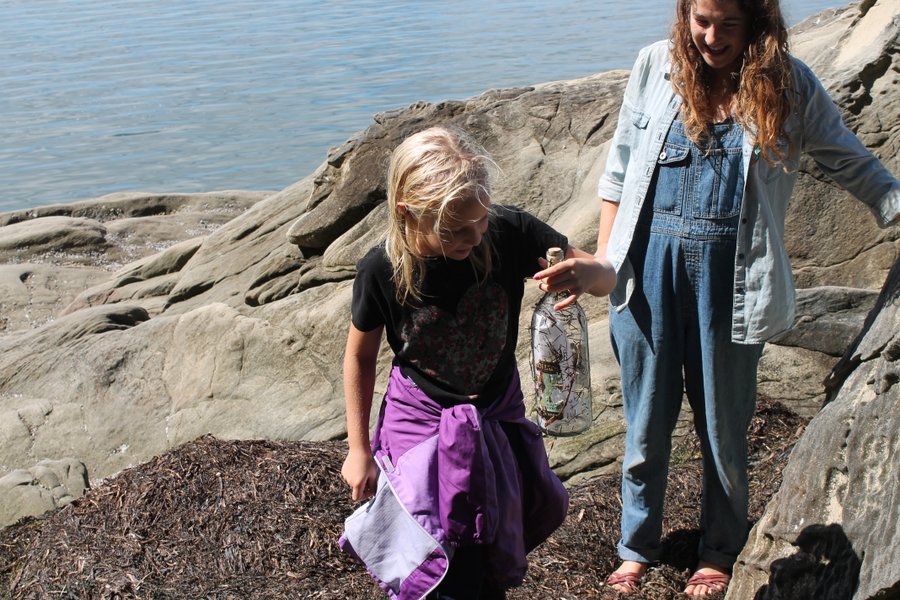 Lily dug this wine bottle out of the seaweed because she spotted the note inside. 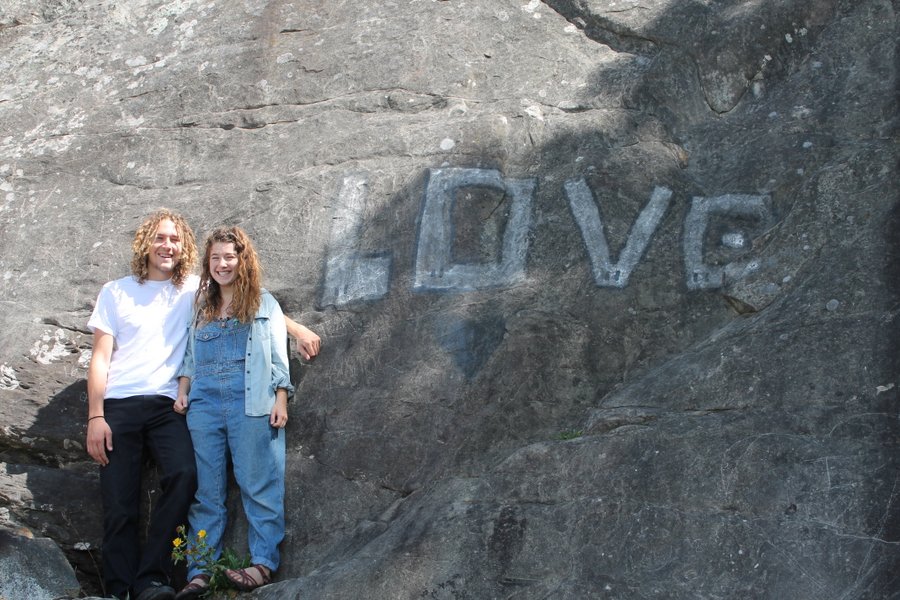 Posing beside “LOVE” graffiti. My idea. They didn’t protest.

As we hiked back to the campground, we stopped at a trashcan to smash the wine bottle with a rock. It was a bit of a let down. However, some might have really been pleased to received this message. I guess we should re-launch this in hopes of it drifting to the perfect match. Dang. 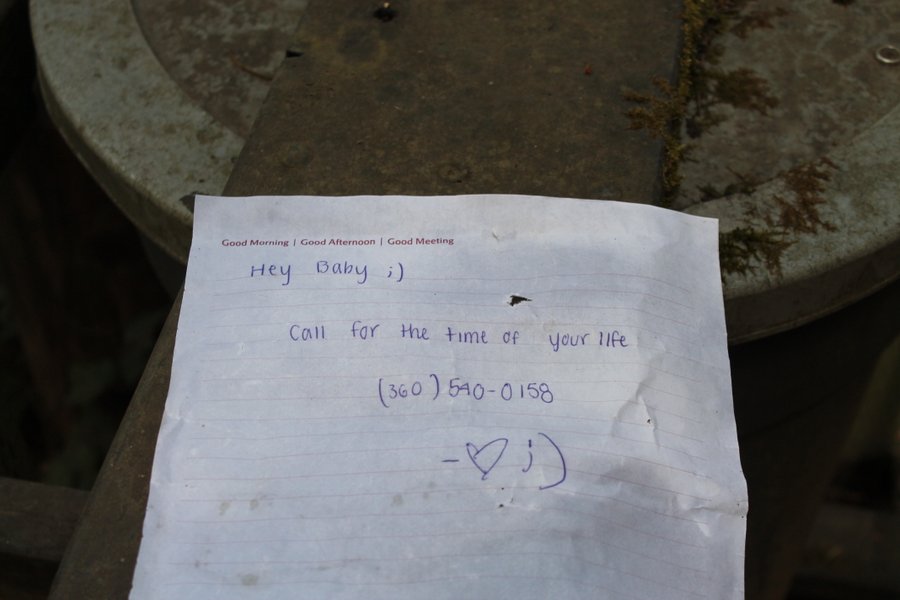 It even landed by the LOVE graffiti.

We also walked around Bellingham and the smaller town of Fairhaven. Fairhaven has huge blackberry bushes lining the walking trail that walkers were free to raid. We got two baggies-full and totally loaded up our stomachs. It was a little hard to find the really ripe ones – which were delicious. If the berries were dark but firm, they were still unripe and a little tart. 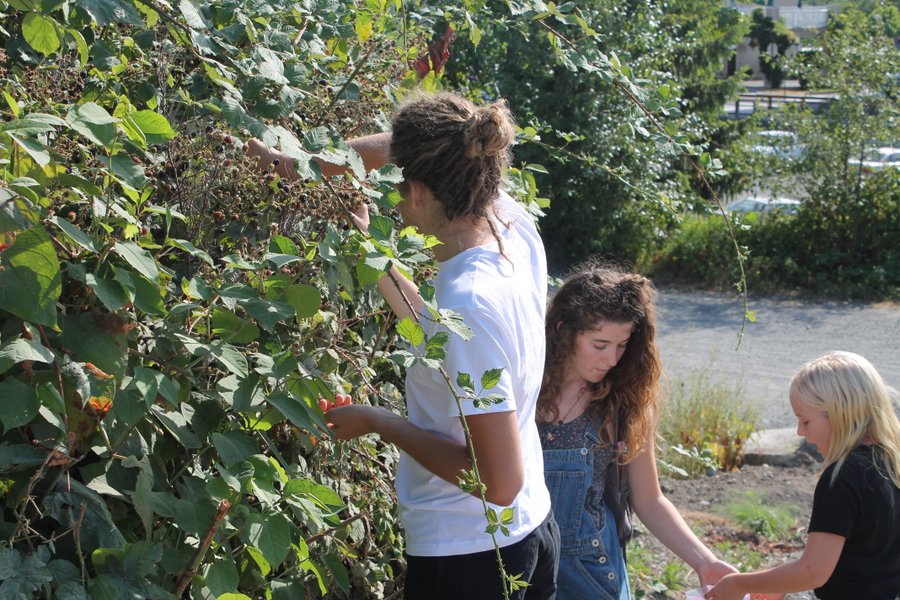 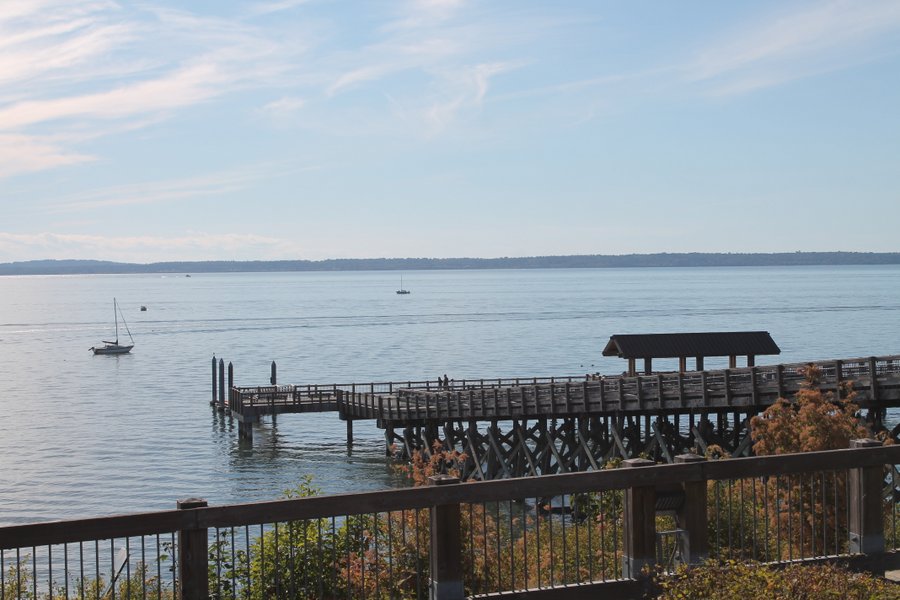 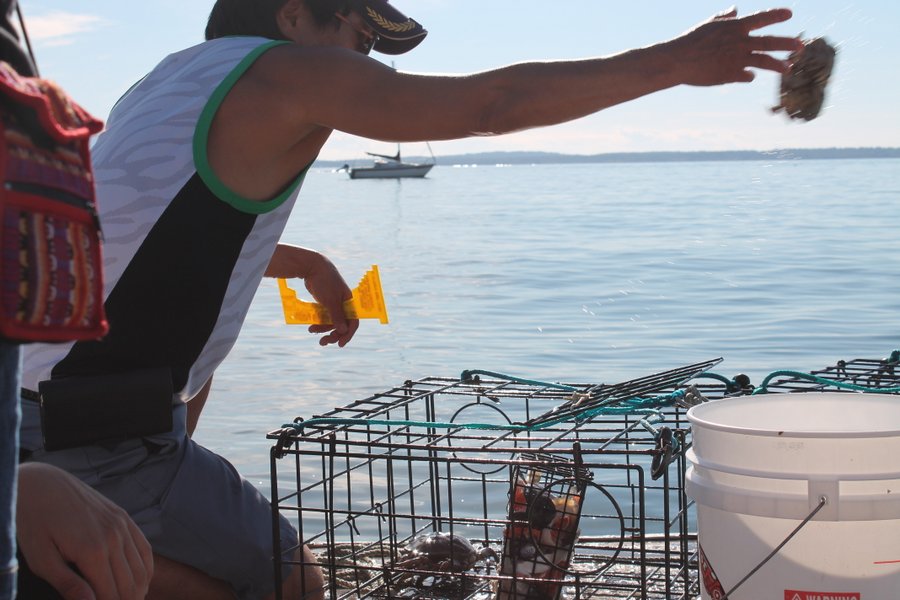 Local fisherman checking his crab pots. He got lots of crabs but they were all too small and got threw back in. 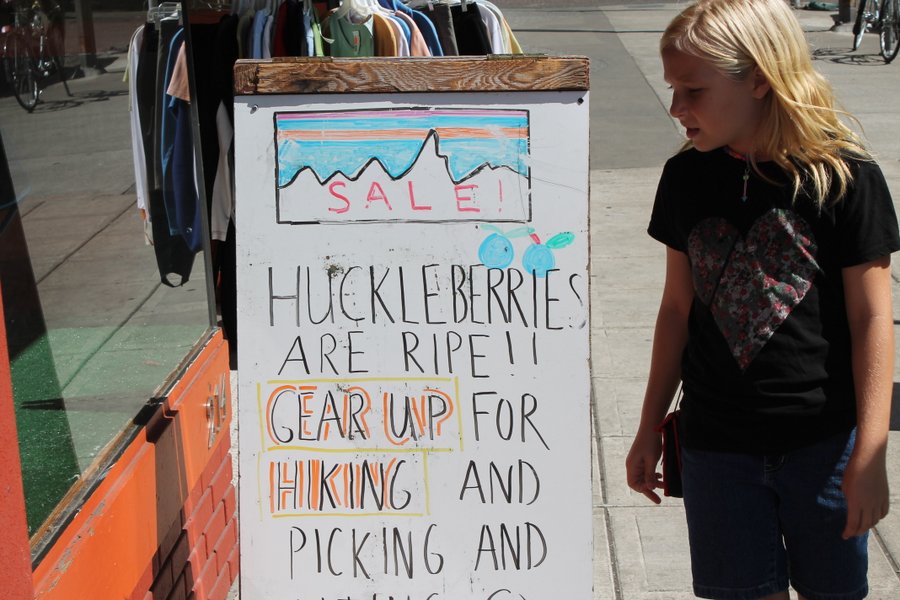 5 Responses to Jake and Kelsey Meet-up in Bellingham WA