We put the new boat through quite a bit this weekend – our first family sail. Toni and Danny came down from Oklahoma for a weekend visit and Michelle joined us for the fun. Saturday was sunny with a light breeze. We had a big breakfast at Skippers to fortify us for boat handling. Back at the boat, Jake joined us and we headed into the Clear Lake channel – seven aboard.

There was heavy boat traffic in Clear Lake and as we motored past Kemah Boardwalk with several other boats. At the end of the channel, we could see sails and more sails across the horizon. We maneuvered into a clear spot to raise our sails, caught some southerly breeze and got comfy for a easy three-knot putter across the bay.

Most of the boats were in a tight little knot headed straight to the ship channel. We decided we had arrived just in time for the Saturday Regatta. Most of the boats were clean, sleek boats with several crew weighing down the windward rail. We adjusted sail but didn’t get any speed going. We were poking along, chatting and soaking up the sun, when one of the boats starts coming up on our stern. In fact, we can clearly see his crew all lined up on the rail and we were just starting to feel that camaraderie you feel for any fellow sailor in your proximity on the water. I was about to raise my hand for a friendly “I’m sailing, too!” wave when one of the crew hails us with the following, “WE ARE RACING!”

Ok! We got it! By the way, you DON’T OWN THE BAY!” Yes, we were a little miffed. Plus, we had fallen off the wind a bit to give him more room which only forced us into other boats. We were puttering along, barely maintaining our three knots, and had five or six boats coming at us now. Our original course at the edge of the throng was just a memory. We had quick discussion. Yes, we were all in agreement – the only fair thing to do was to try to get in everyone’s way. So we did. Well, not everyone. But A LOT of them. We sailed slowly through them. We took lots of pictures. We waved the wave of the light-hearted, enjoy-the-moment, no worries sailor. We were slow. We were proud. We were not going away. What fun! 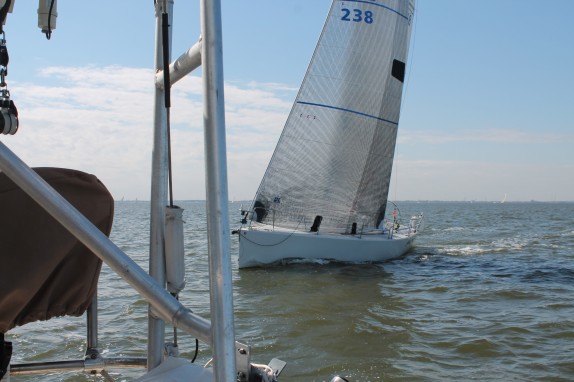 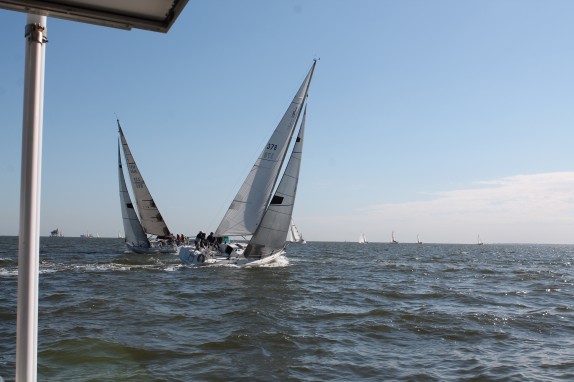 With the hard work of sailing out of the way, we turned out attention to other sailorly pursuits – drinking, eating and telling tales. We had a bonfire Saturday night. Randall grilled up some super thick rib-eyes, shrimp and tuna steaks. It was served with Toni’s homemade beer, tuna ceviche, coleslaw and grilled pineapple. Jake and his friend DeAundre joined us after they got off work and our boat neighbors – Brian, Carolyn and Xavier – came down for awhile. Lily and Xavier gathered dried palm fronds for the fire and kept the flames stirred to maximum flare.

Sunday, we drove down to Galveston. We walked the Strand for about an hour then went for ice cream at Ben and Jerry’s on the seawall. There were lots of beachcombers but only a handful of people in the water. After stretching our legs on the beach, we headed back to the boat. We had leftover shrimp from Saturday so Randall made Seafood Gumbo for Sunday night’s dinner. Lily played waitress and kept our bowls topped off. She is just about ready to apply at Bubba Gumps at the Boardwalk.

It was such a great weekend. Plus, it is now confirmed that the new boat sleeps six. I should have taken pics of everyone tucked like sardines into their berths but that will have to wait until next time. 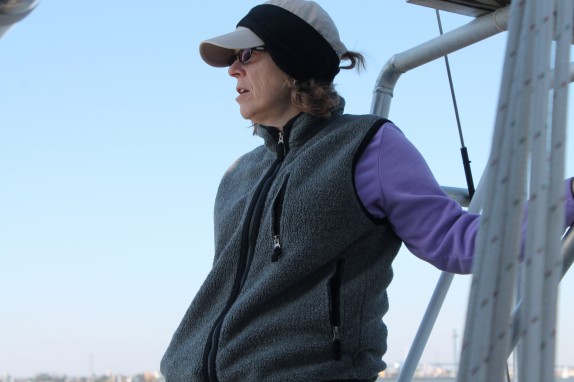 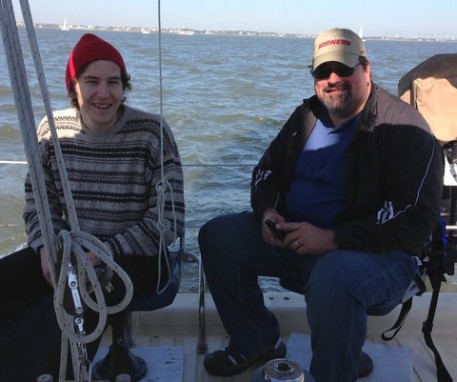 Click on ScholarShip – Lily’s Life Aboard for a look at Lily’s photos from the weekend!

A Cat In the Family Now
Pictures By Lily